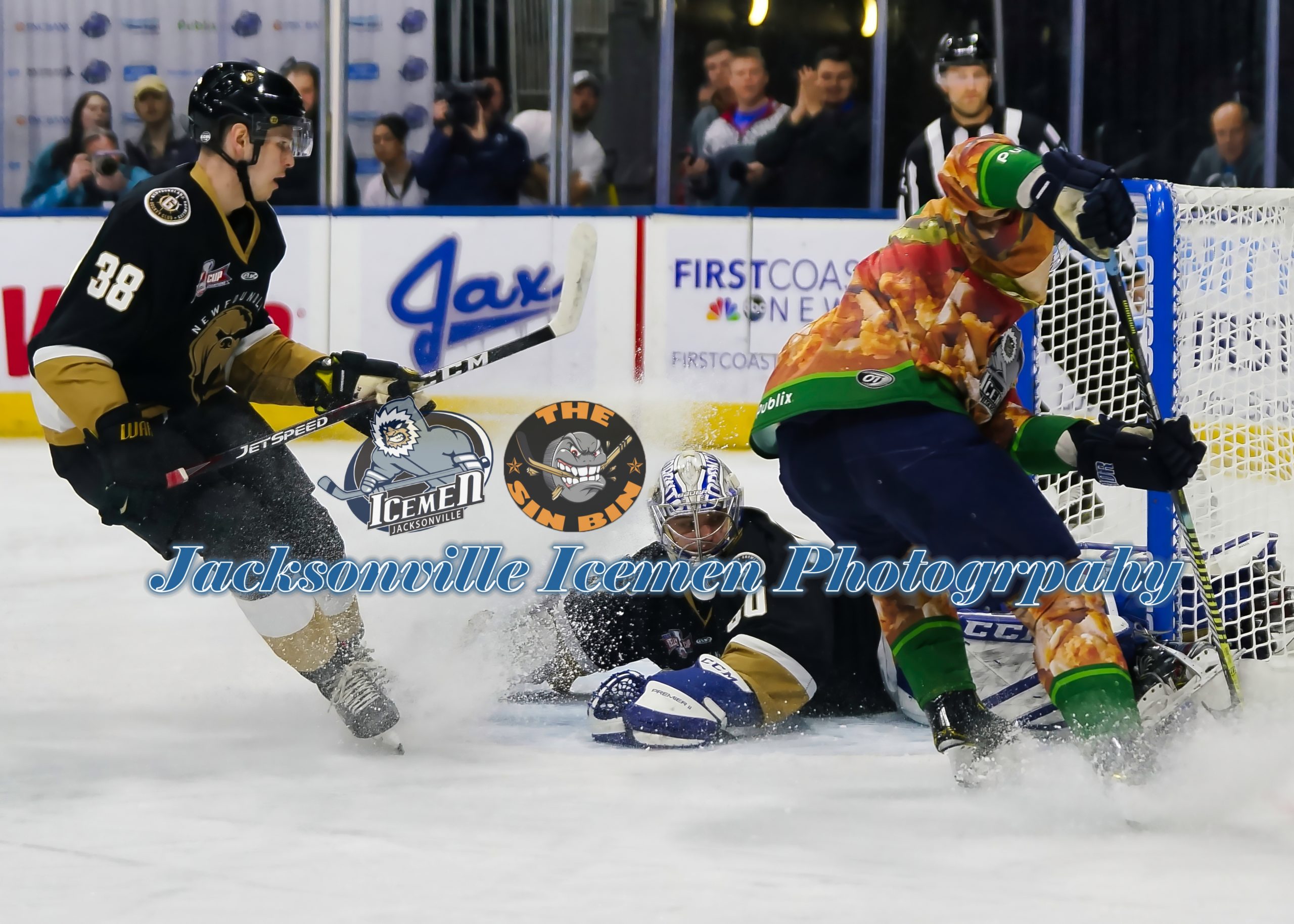 Jacksonville, Fla- On Sunday afternoon, the Jacksonville Icemen took on the Newfoundland Growlers in the only meeting between the two teams this season. The Icemen sported their specialty Publix-themed jerseys which displays the supermarket’s famous chicken sub sandwich on it.