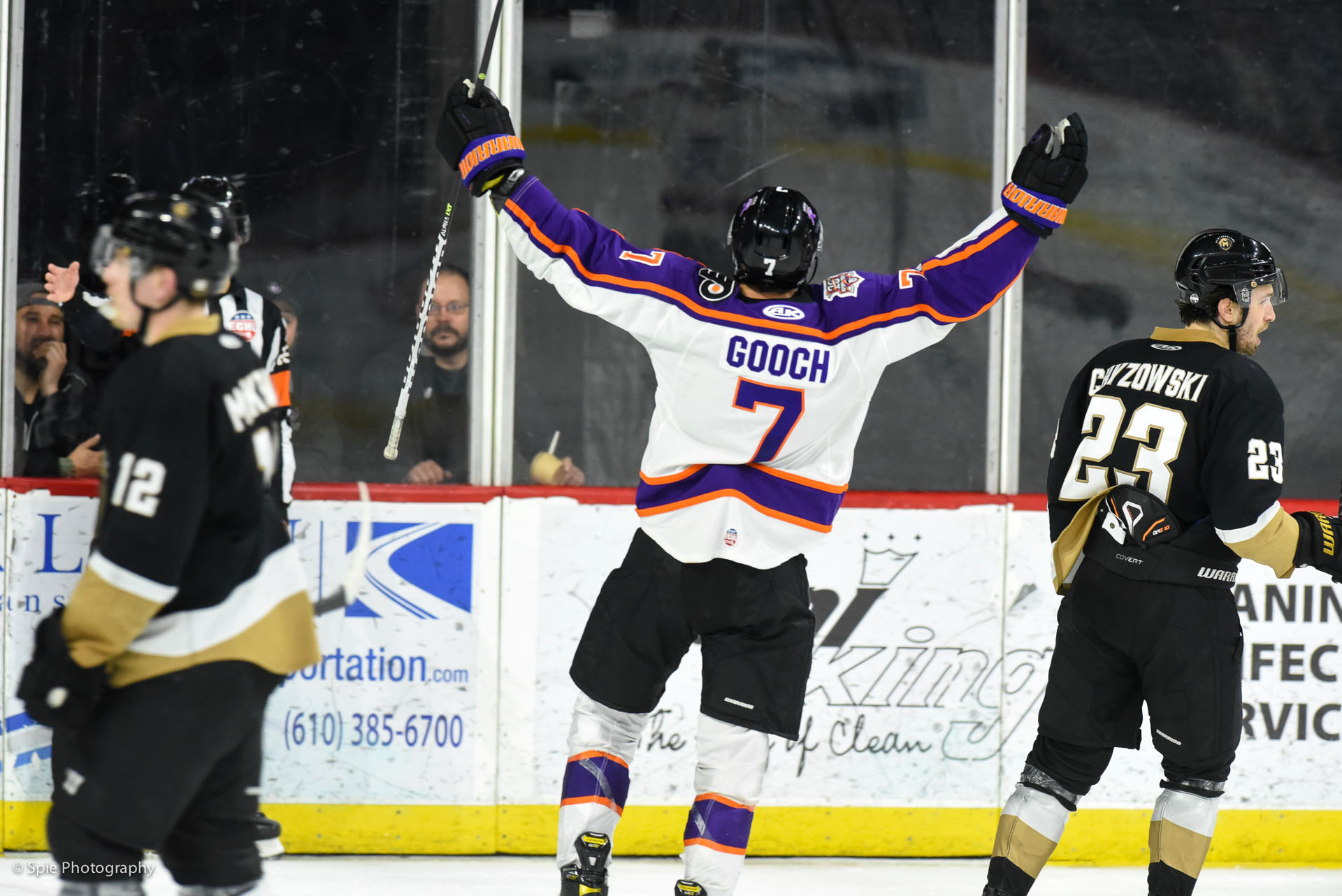 The Royals got off to a quick start with two goals from Frank DiChiara three minutes apart to opening the scoring. Kevin Conley and Dominic Cormier also scored for the Royals to give them a 4-0 lead after the first period.