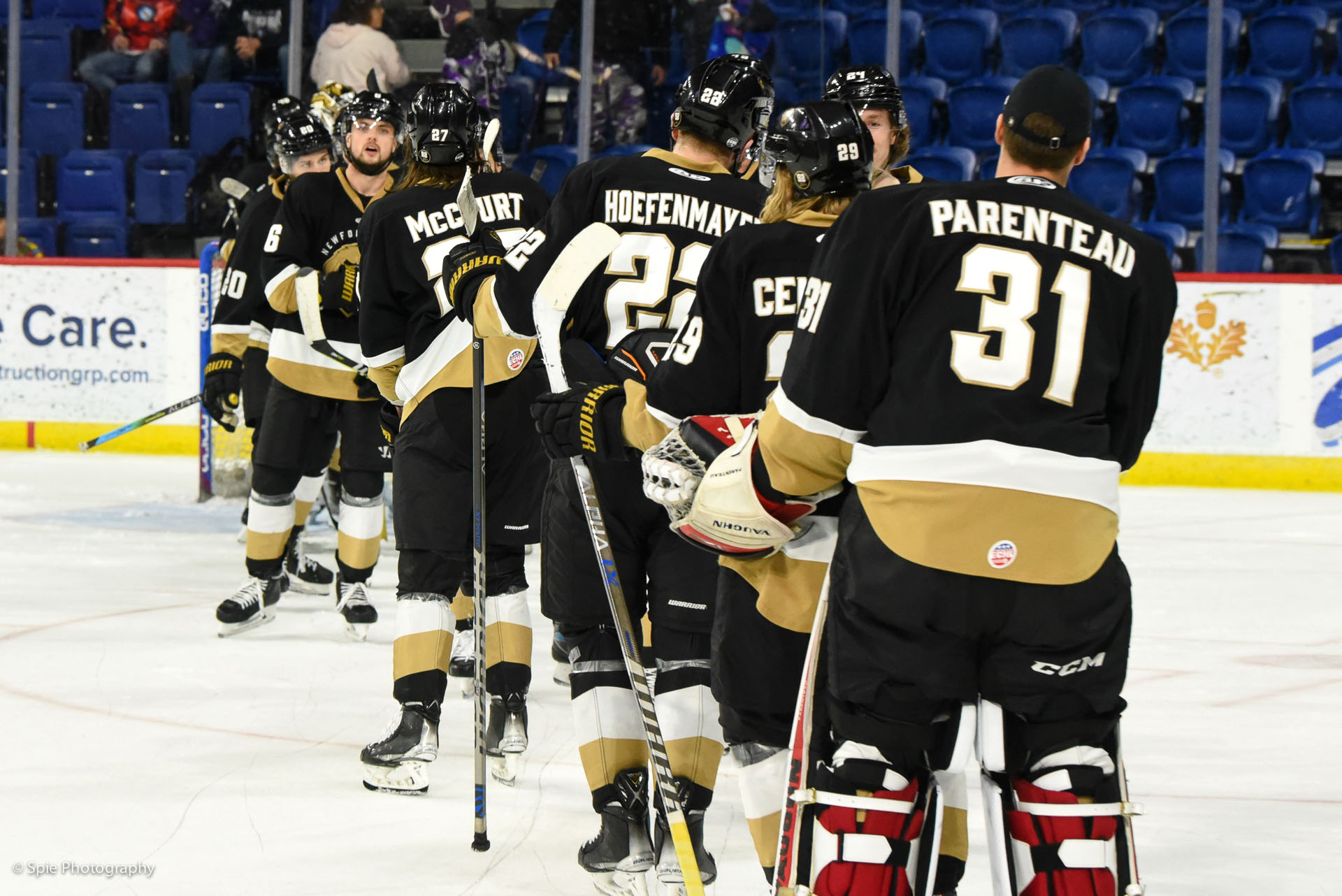 The Reading Royals and Newfoundland Growlers faced off for Game Two of their best-of-seven series Sunday night.

Reading, PA – The Reading Royals and Newfoundland Growlers faced off for Game Two of their best-of-seven series Sunday night.

The game got off to a slower start than the night before. Ben Finkelstein opened the scoring for the Growlers halfway through the first period during the power play.

Zach O’Brien gave the Growlers a two goal lead early in the second. Tyler Boland scored the Growlers second power play goal at  4:45 mark, to give the a 3-0 lead.

Kevin Conley got the Royals back into the game with a goal five minutes into the third period. The Growlers held off the Royals late push in the game and scored an empty net goal to  give them the  4-1 victory.

The teams split the games in Reading and now head to Newfoundland for games 3-5.