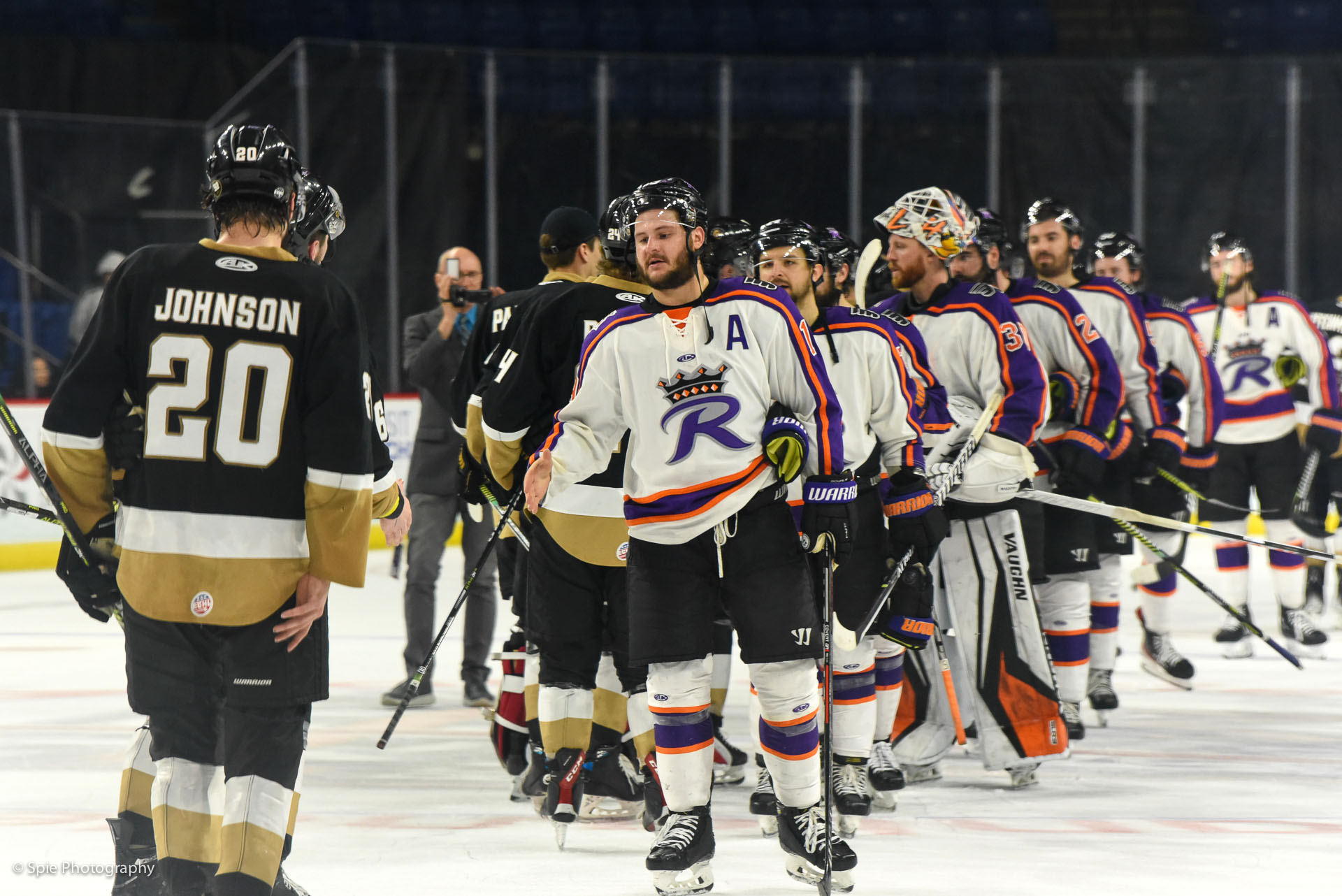 The Newfoundland Growlers knocked out the Reading Royals in Game 7 Monday night.

The first period seemed like it would be scoreless until at 17:03 Derian Plouffe capitalized on a turnover to score shorthanded for the Growlers.

Noel Hoefenmayer made it 2-0 with a goal 9:38 into the second. The Royals got back into the game when Patrick Bajkov was able to get the puck over the line during a scramble at the net. Ben Finkelstein regained the two goal lead for the Growlers four minutes later. Brad Morrison was able to give the Royals life late in the second when he scored on a partial breakaway.

Isaac Johnson scored for the Growlers 11:44 into the third making it 4-2. The Royals continued pushing but could not get the puck past Growlers netminder Keith Petruzzelli. The Growlers won the series and now head to the Eastern Conference Finals.