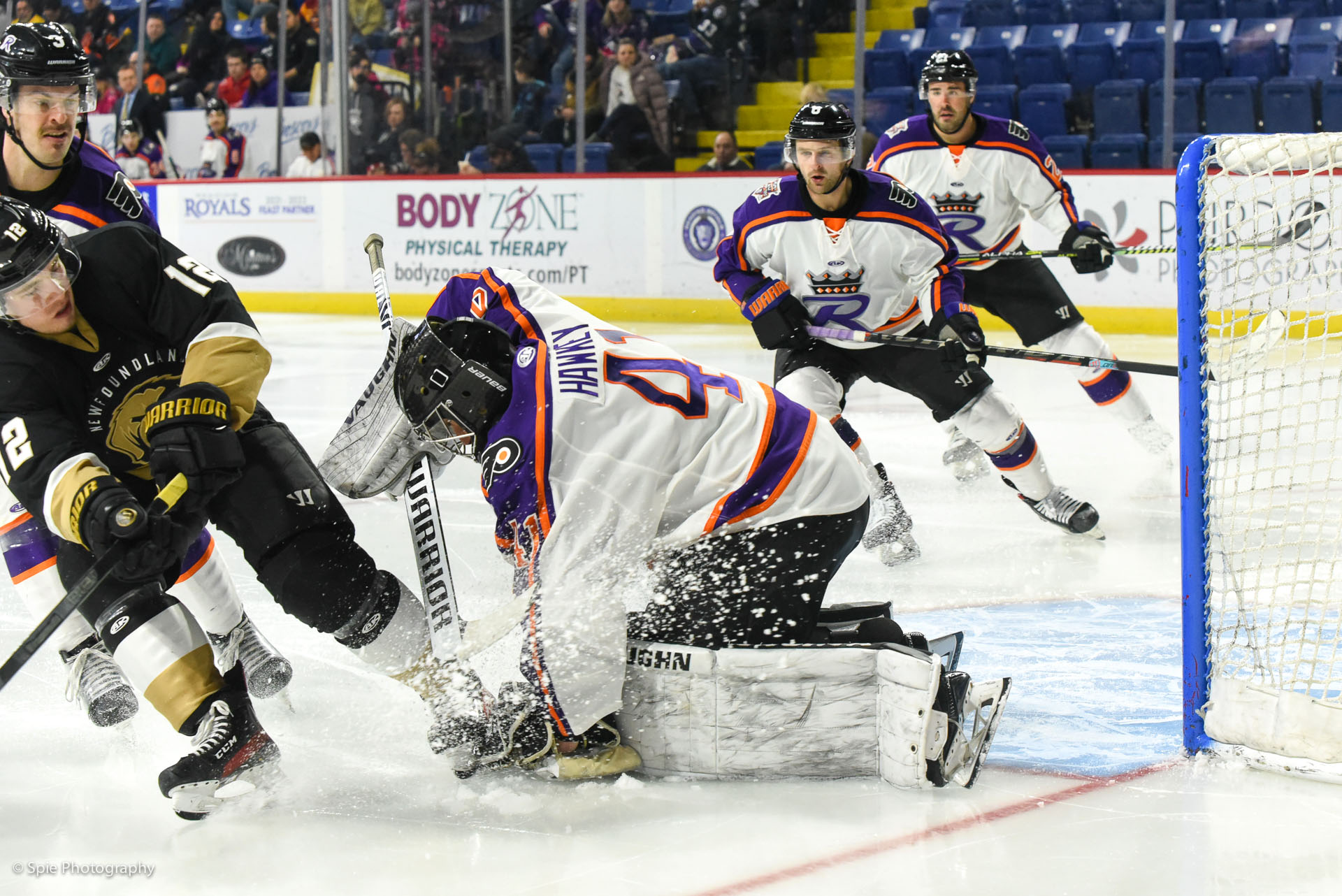 The Reading Royals and the visiting Newfoundland Growlers faced off Sunday afternoon for the last time in the regular season.

READING, PA – The Reading Royals and the visiting Newfoundland Growlers faced off Sunday afternoon for the last time in the regular season, resulting in a 5-3 loss to the Royals.

The Growlers took a 1-0 lead halfway through the first period, but the Royals tied the game five minutes into the second period on a goal from Trevor Gooch. The Growlers took the lead back by scoring three goals in the period to take a 4-1 lead.

Thomas Ebbing got the Royals back within two by scoring late in the second. The Royals pressured the Growlers for the majority of the third period,  but could not get pucks past netminder Evan Cormier. With the Royals’ goalie pulled, Thomas Ebbing scored his second goal of the game with less than two minutes left in regulation to bring it back within one. The Royals’ comeback fell short when the Growlers scored an empty net goal to seal the deal for the win.