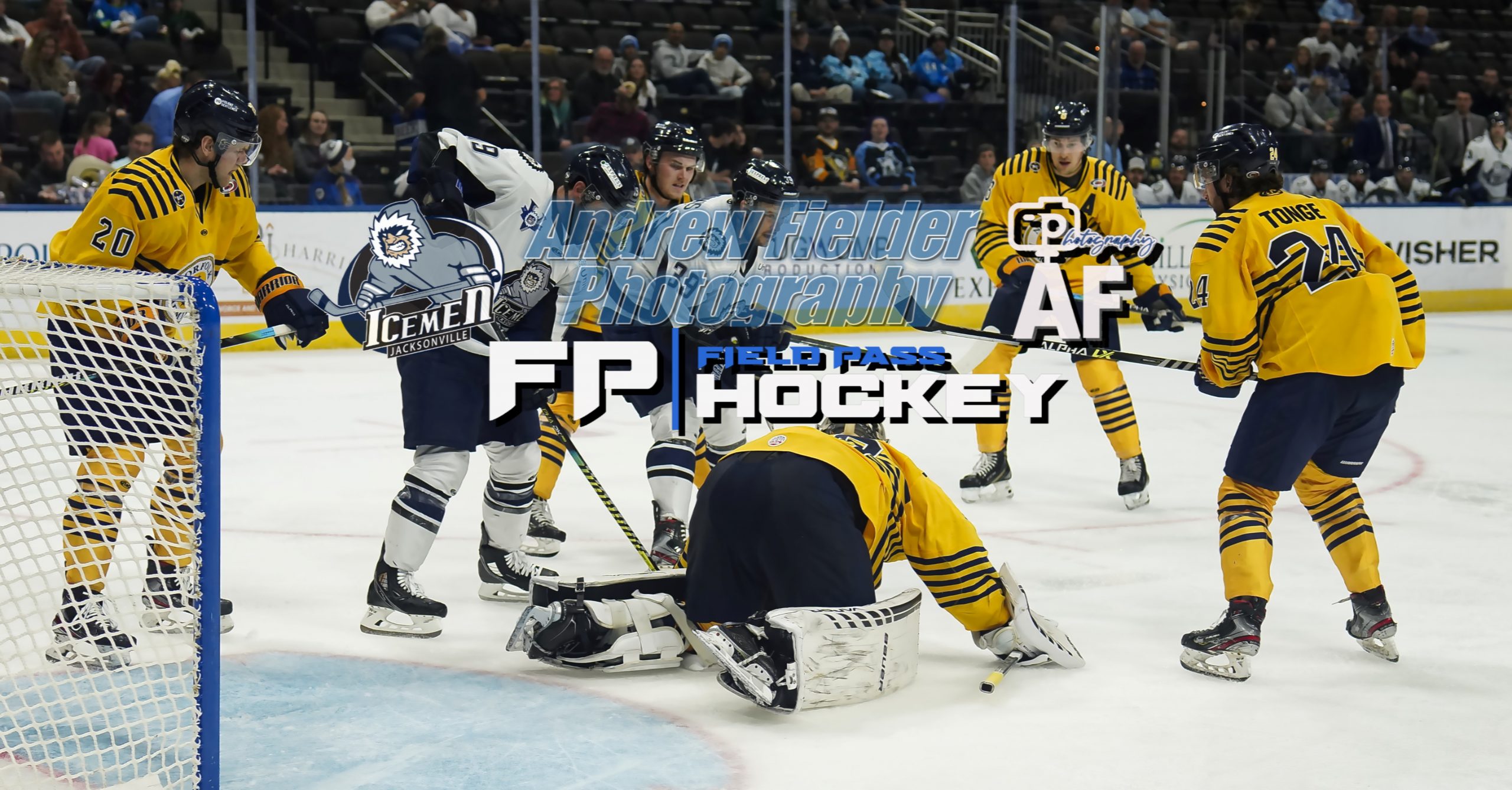 Wednesday night the Jacksonville Icemen hosted the Norfolk Admirals in their first match-up in Jacksonville in nearly two years.

JACKSONVILLE, Fla – Wednesday night the Jacksonville Icemen hosted the Norfolk Admirals in their first match-up in Jacksonville in nearly two years.  Jacksonville continued their win streak with a huge 7-3 victory over Norfolk.

The Icemen dominated the first period, going up 3-0 and outshooting the Admirals 17-3. The Admirals gained some momentum during the second period, hitting the back of the net twice and outshooting the Icemen 13-10. This was, however, after the Icemen had already scored two more goals in the opening six minutes of the period. Up 5-2 going into the third period, momentum shifted back in Jacksonville’s favor with two more goals, including the second goal of the night by Brendan Harris. Jacksonville outshot Norfolk 12-2 in the period, with Norfolk scoring on one of those two shots.