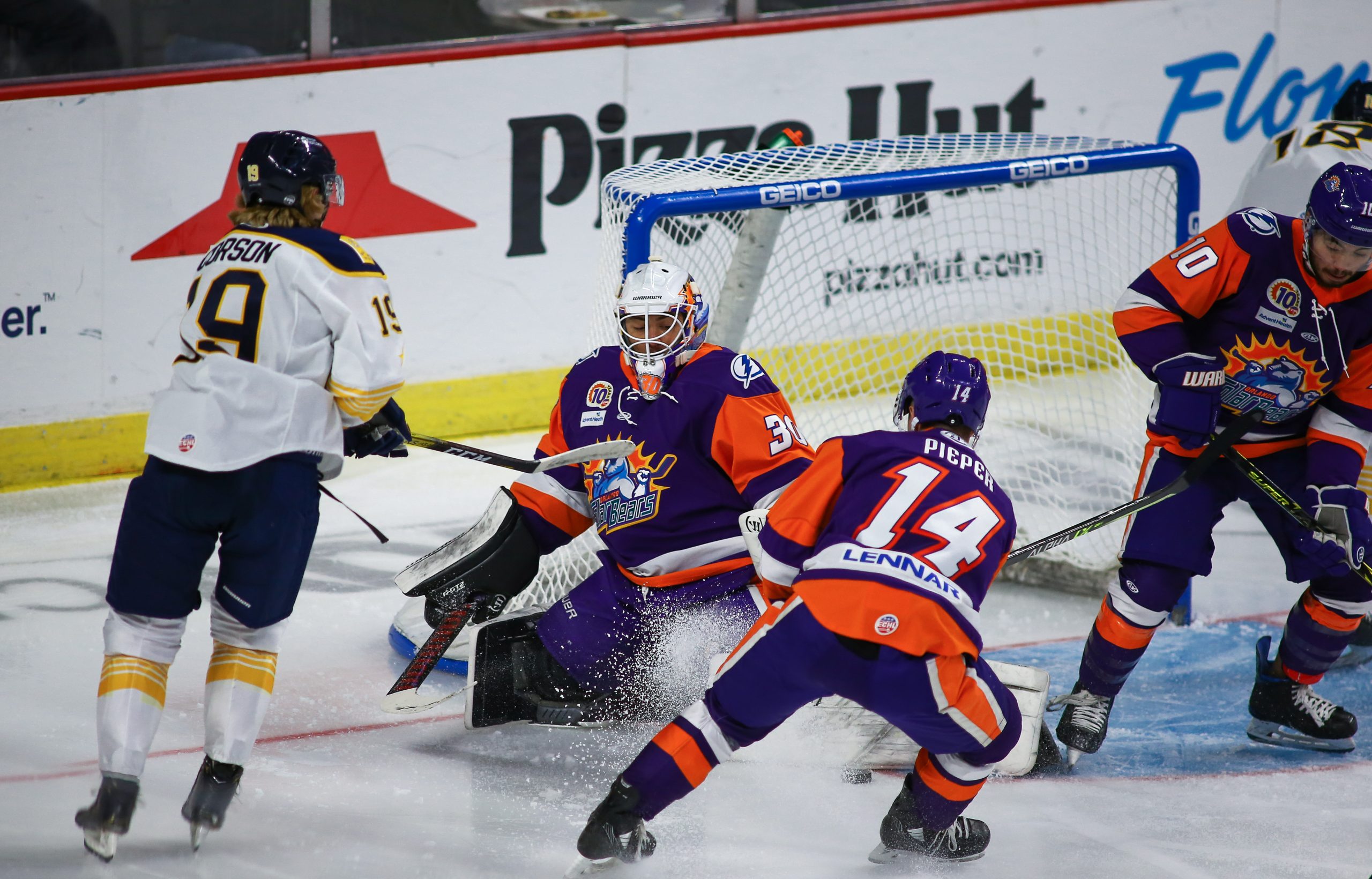 ORLANDO, Fla. – The Norfolk Admirals and Orlando Solar Bears hooked up for a great contest on Friday night that saw both teams put together goal runs in the contest. After spotting the Solar Bears the first goal, the Admirals scored the next three goals, before the Solar Bears rallied to force overtime and a shootout.

Field Pass Hockey photographer Bernie Walls was there and shot this photo gallery.

Bernie Walls covers the Orlando Solar Bears for Field Pass Hockey. Follow and interact with him on Twitter @ocsportsnut.