The Norfolk Admirals and Reading Royals faced off Friday night for the first of two game back-to-back series. 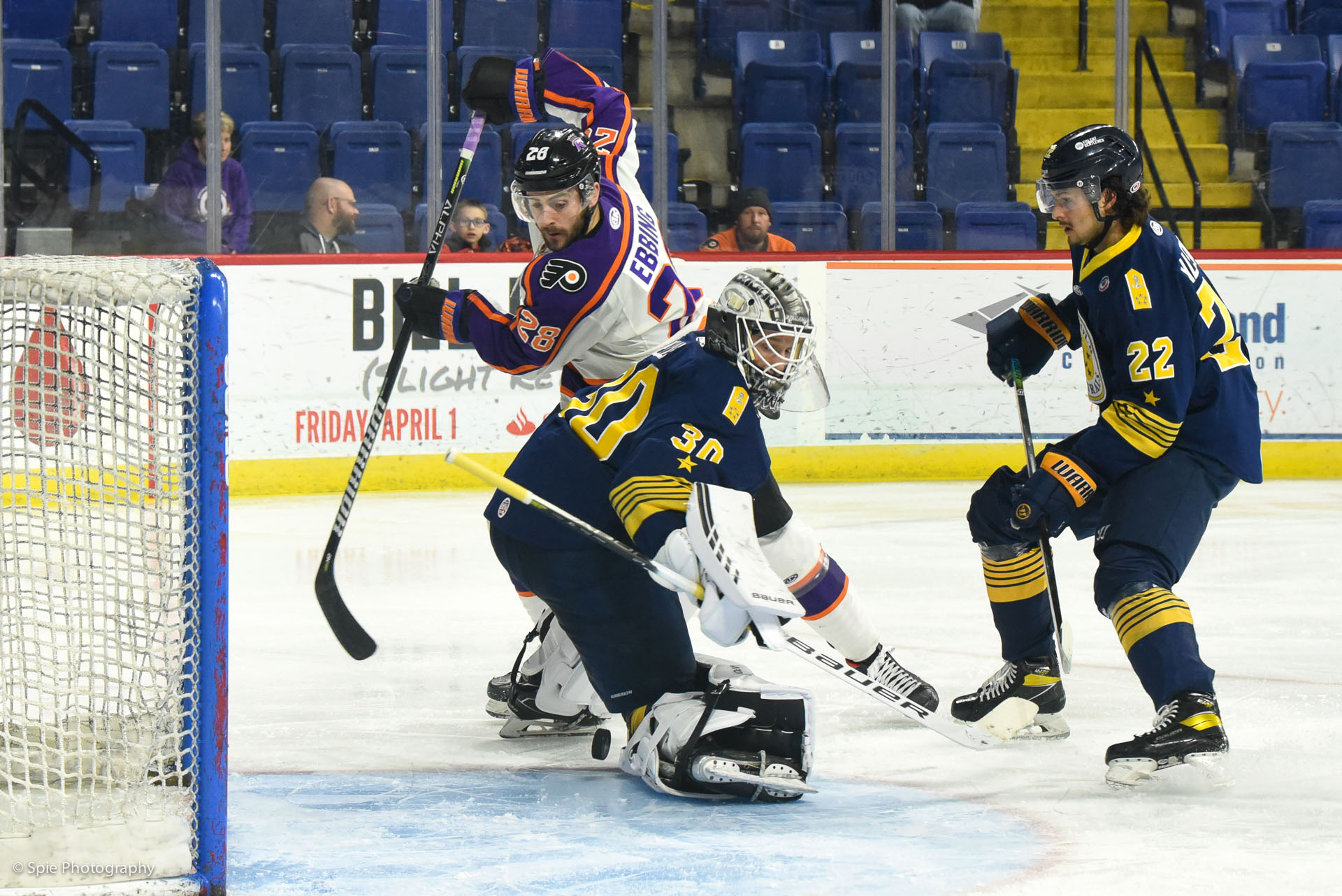 READING, Pa. – The Norfolk Admirals and Reading Royals faced off Friday night for the first of two game back-to-back series.

The Admirals opened the scoring 5:45 into the first period with a goal from Noah Corson. The Royals responded six minutes later when Mason Millman scored his sixth of the season.

Ryan Valentini gave the Admirals the lead again 8:42 into the second period while on the power play.

Trevor Gooch tied up the game midway through the third period with his 30th of the season, but Ryan Valentini scored his second of the game 20 seconds later to give the Admirals the 3-2 victory.