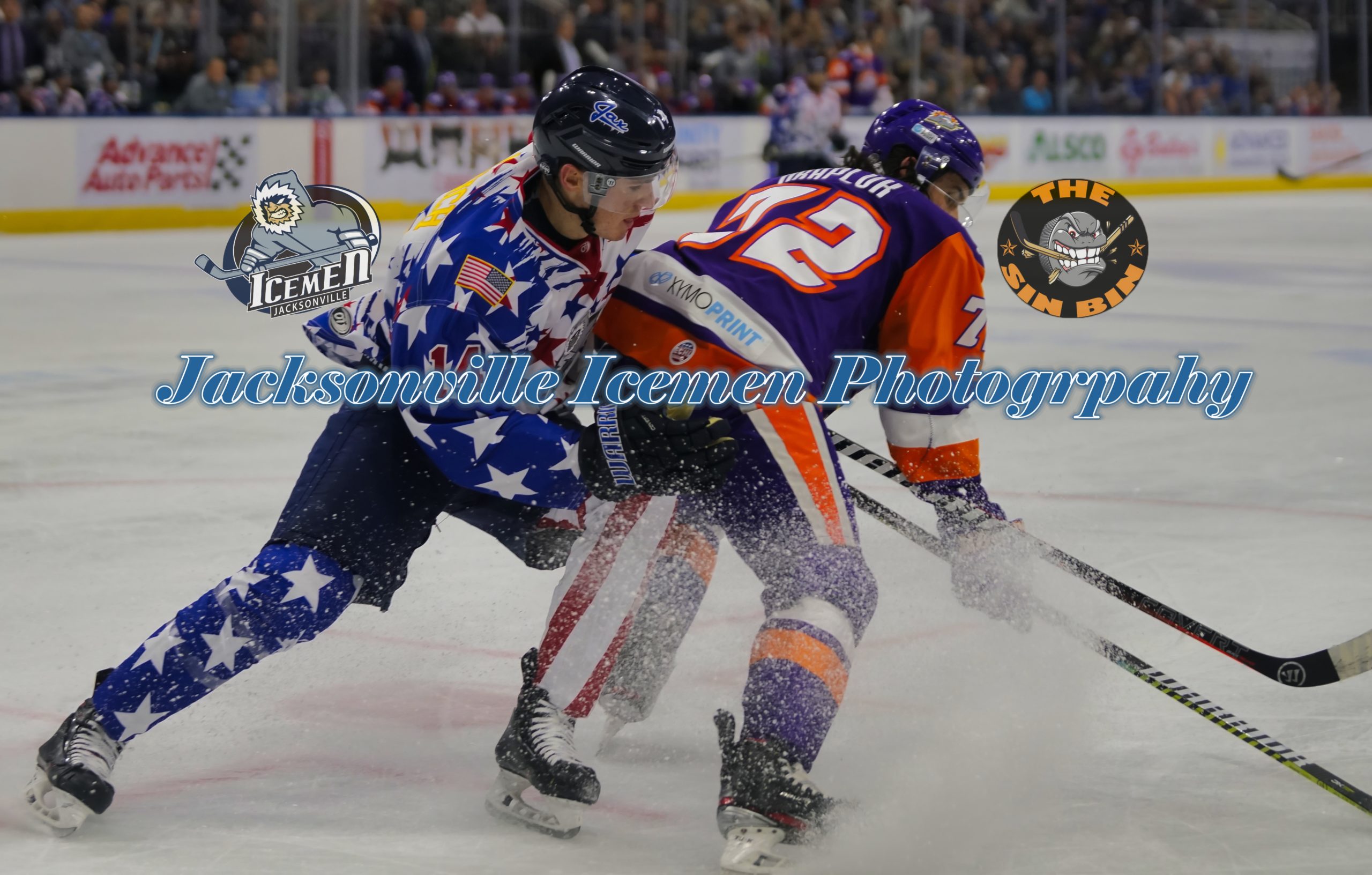 JACKSONVILLE, Fla. -On Saturday night in front of a sold out crowd 8,967 people, the Jacksonville Icemen took on the Orlando Solar Bears.

JACKSONVILLE, Fla. –On Saturday night in front of a sold out crowd of 8,967 people, the Jacksonville Icemen took on the Orlando Solar Bears. The Icemen sported themed jerseys for Military Appreciation Night to honor the military personnel and veterans in attendance.

After a scoreless first period, a shorthanded goal by Jacksonville’s Pierre-Luc Mercier gave Jacksonville a 1-0 lead at the end of the second.

Less than a minute into the third period, a goal by Jacksonville’s Alexis D’Aoust gave the Icemen a two-goal advantage. The Solar Bears scored eleven seconds later to bring it back to within one again.

With a little over two minutes left in the game, a delay of game penalty against Jacksonville’s Dajon Mingo would allow Orlando to lift their goaltender to give them a two-man advantage in hopes of tying up the game.  A short-handed, empty-net goal by Emerson Clark dashed those hopes and secured a 3-1 victory for the Icemen.

Check out this photo gallery from Field Pass Hockey’s Andrew Fielder, and be sure to follow Andrew on Twitter for the latest Jacksonville Icemen photos!