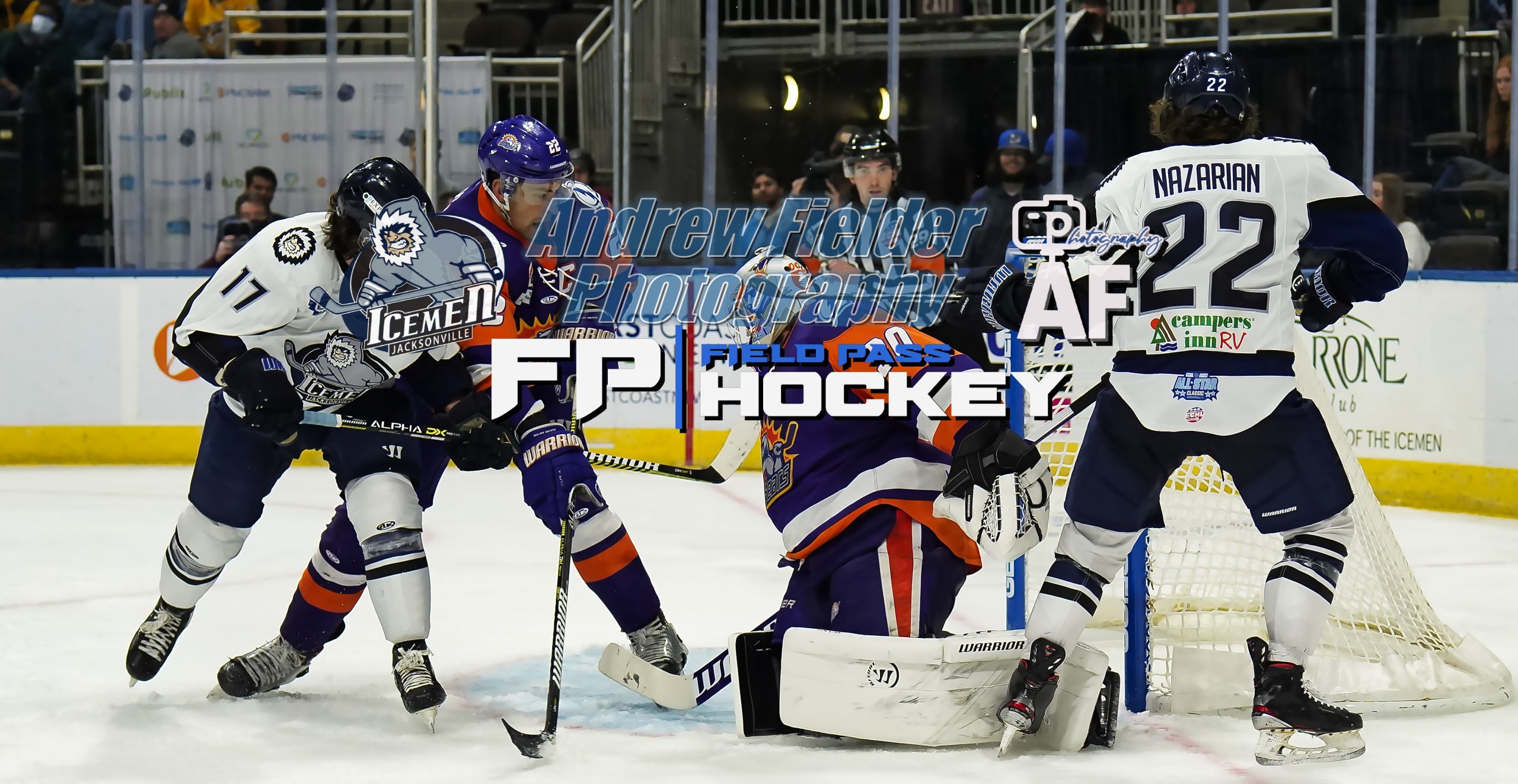 After coming off a six-game road trip, the Jacksonville Icemen took on the visiting Orlando Solar Bears Wednesday night in Jacksonville.

JACKSONVILLE, Fla – Wednesday night, after coming off a six-game road trip, the Jacksonville Icemen took on the visiting Orlando Solar Bears.
The Icemen had a number of players return from AHL call-ups, but this was still no match for the Solar Bears in a 5-2 loss for the Icemen.

Orlando played a fast-paced game, with this being the fastest-playing team the Icemen have faced so far this season.

During the first period, Jacksonville was unable to capitalize on a five-on-three advantage due to some phenomenal goaltending by Orlando’s Brad Barone. Orlando’s Tye Felhaber scored two goals in the game, and at the end of the second period the Solar Bears were up 4-0.
Jacksonville got the life back in their legs during the third period, outshooting Orlando 14-8. Abbott Girduckis ruined Barone’s shut-out opportunity with a power-play goal less than five minutes into the period. Ara Nazarian also had a power play goal, but it was to little to late for the Icemen to come back.