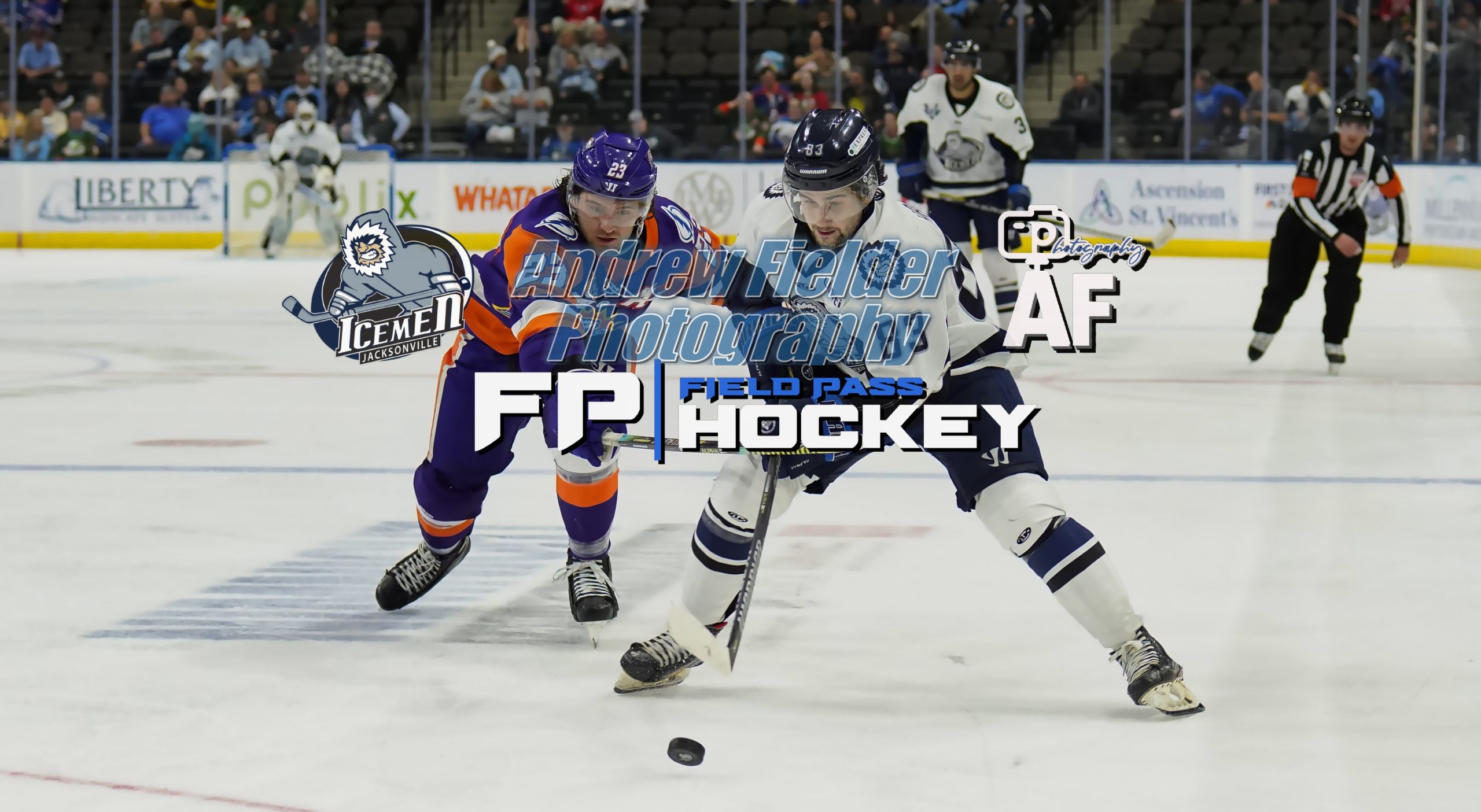 In the third consecutive match-up for the Icemen against the Solar Bears, the ECHL’s leading goaltender Brad Barone made his 20th consecutive start and earned himself his 22nd win of the season during the 4-2 victory for Orlando.

Orlando got on the board first with a goal by Jake Transit within the first five minutes of the game. Jacksonville’s Luke Lynch goal at the 18:13 mark of the first period to even things up as the teams headed to the locker room.

A goal by Craig Martin right after exiting the penalty box 31 seconds into the second period gave Jacksonville the brief lead. Just over a minute later, a power-play goal by Orlando’s Nolan Valleau evened things back up. Orlando took the lead just over five minutes later and remained up by one all the way into the third period. An empty net goal at the 18:53 mark of the third period sealed the deal for the Orlando win.

The Icemen head to Orlando to take on the Solar Bears Thursday night.