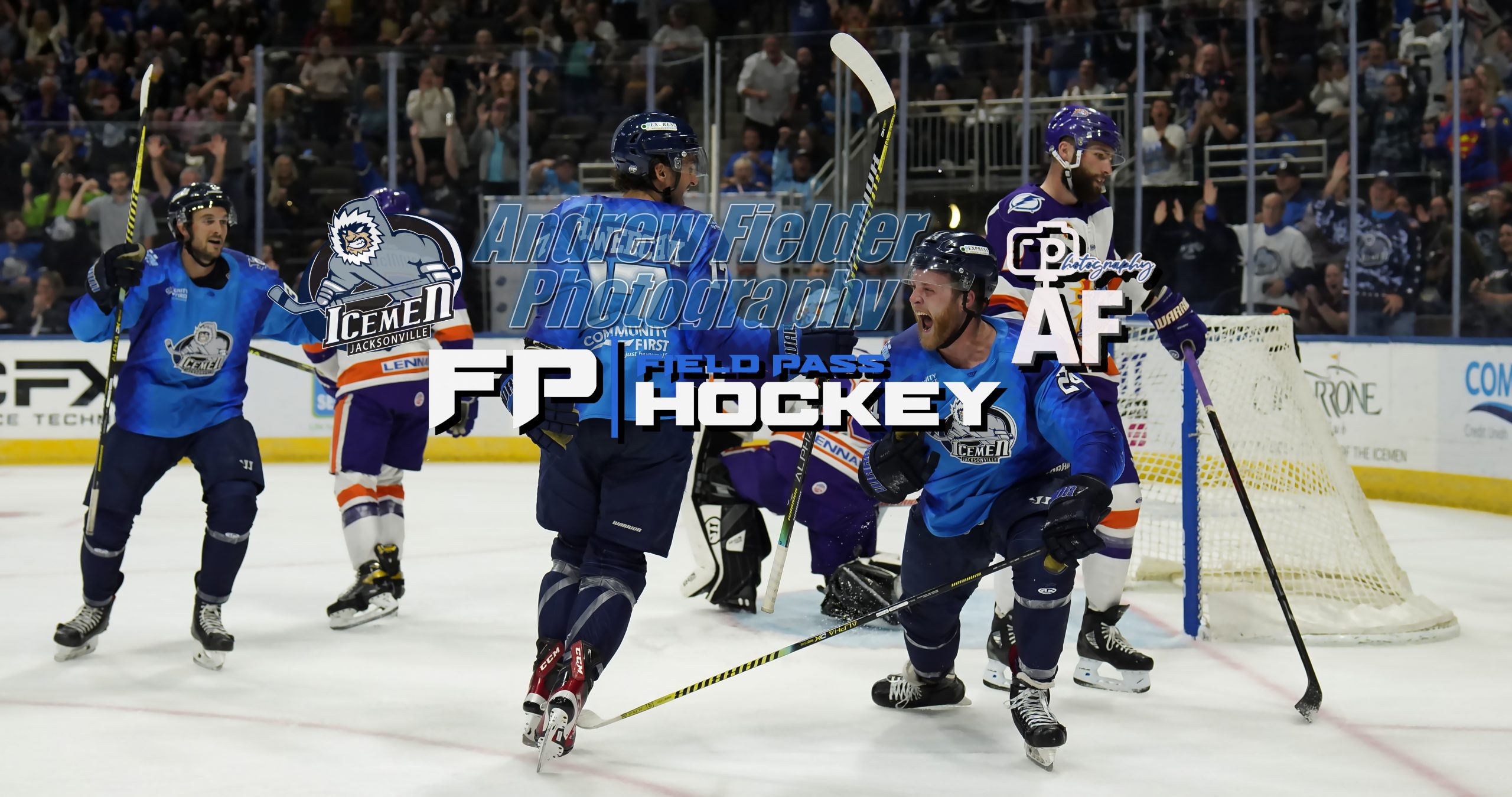 In the last home game of the regular season, the Jacksonville Icemen defeated the Orlando Solar Bears 3-1 and diminished their chances in the post-season.

JACKSONVILLE, Fla – In the last home game of the regular season, the Jacksonville Icemen defeated the visiting Orlando Solar Bears 3-1 in front of a sellout crowd of nearly 9000 people and eliminated Orlando from the post-season. The victory under first-year Head Coach Nick Luukko set a new franchise record for the Icemen with 40 wins in the regular season.

The game had a lot on the line: in order to make it to the post-season, Orlando needed to win, as well as Greenville to lose their remaining two games to Norfolk. Both Orlando and Jacksonville showed immense discipline, with only one penalty called in the entire game- a hooking call early in the first period. A potential Jacksonville goal,  reviewed by the referees early on in the first period, determined that the puck did not go in and merely hit the post. The Icemen were still able to get on the board first with a goal from Ara Nazarian at the 13.11 mark of the first period. Orlando countered less then two and a half minutes later with a goal by Tye Felhaber. Jacksonville’s Travis Howe scored again at the 18.52 mark of the first period when he slid the puck past Brad Barone, who was unaware that the puck was loose behind him.

Play was evenly matched in the scoreless second period, as well as for a majority of the third period. Orlando pulled their goaltender for the extra attacker in the last few minutes of the game. As the clock ticked down, Jacksonville missed the empty net on a couple of occasions, until Abbott Girduckis scored with 24 seconds left on the clock and sealed the Icemen victory.

Jacksonville’s tough guy Travis Howe was seen shaking hands and hugging some of the Orlando players in a true show of class.