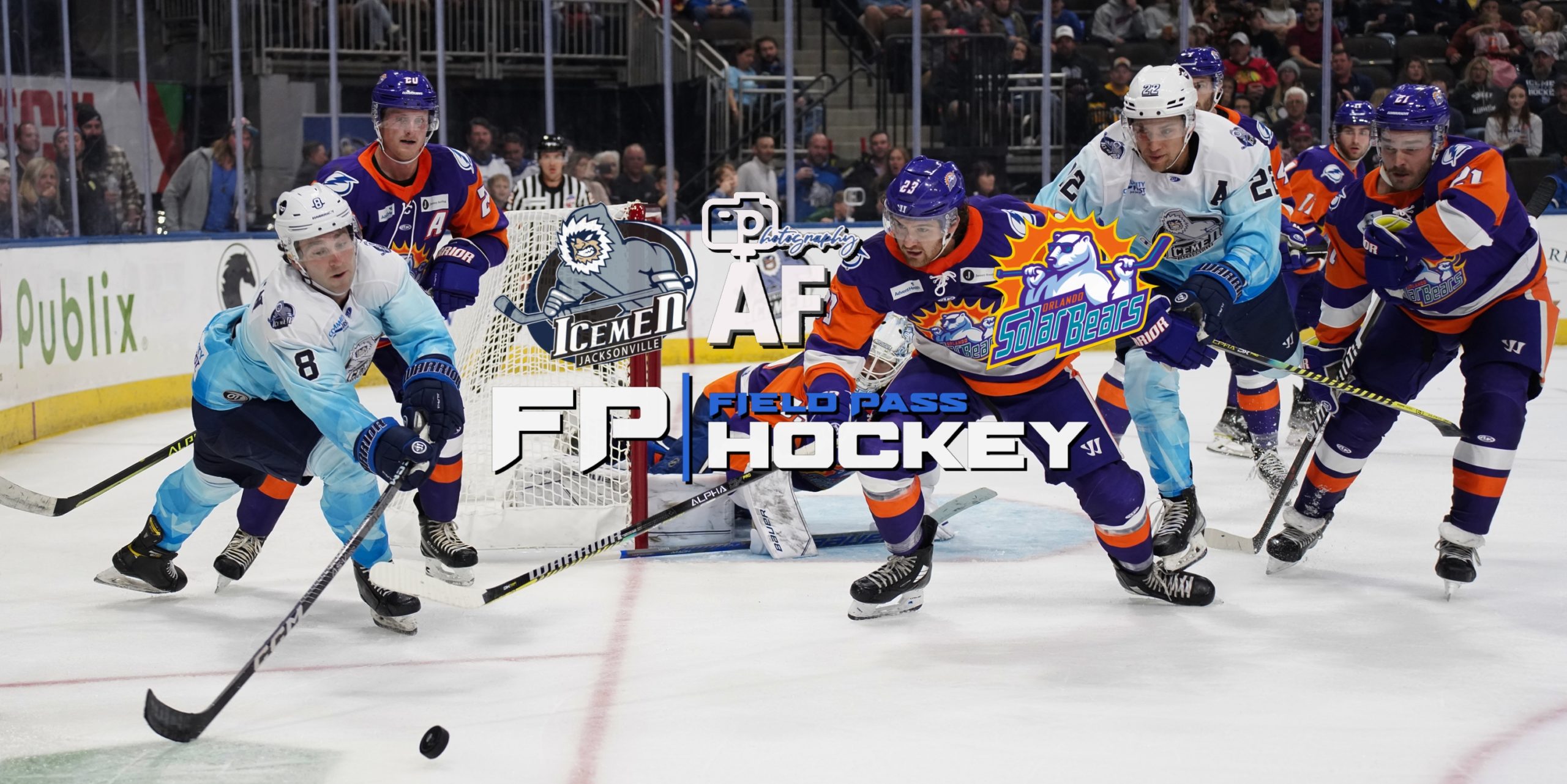 JACKSONVILLE, Fla – Saturday night the Jacksonville Icemen opened up their 2022-23 ECHL season against the visiting Orlando Solar Bears. In front of a sold-out crowd of nearly 9000 people, Jacksonville came out with a bang and took a 5-2 victory.

In an action-packed first period, Jacksonville’s Victor Hadfield scored the first goal two minutes into the game. Alex Whelan scored the second Icemen goal just over four minutes later, putting the Icemen up by two.  The Solar Bears would answer back with a goal from Michael Brodzinski and a goal 34 seconds later by Dmitry Semykin to even the game up. Christopher Brown gave Jacksonville the lead again to end the penalty-free period up 3-2.

In the final period of the game, tensions flared and things got physical between the opposing teams. Ara Nazarian scored the Icemen’s fourth goal of the game with an assist from Alex Whelan, who had a three-point game and earned himself the number-one star of the game. Brandon Fortunato‘s empty-net goal secured the Icemen’s victory, in which they outshot the Solar Bears 37-17.

Andrew Fielder is Field Pass Hockey’s Jacksonville Icemen photographer and will be bringing you all of the Icemen home game action all season long. You can also follow him on Twitter and Instagram for his latest hockey photos.