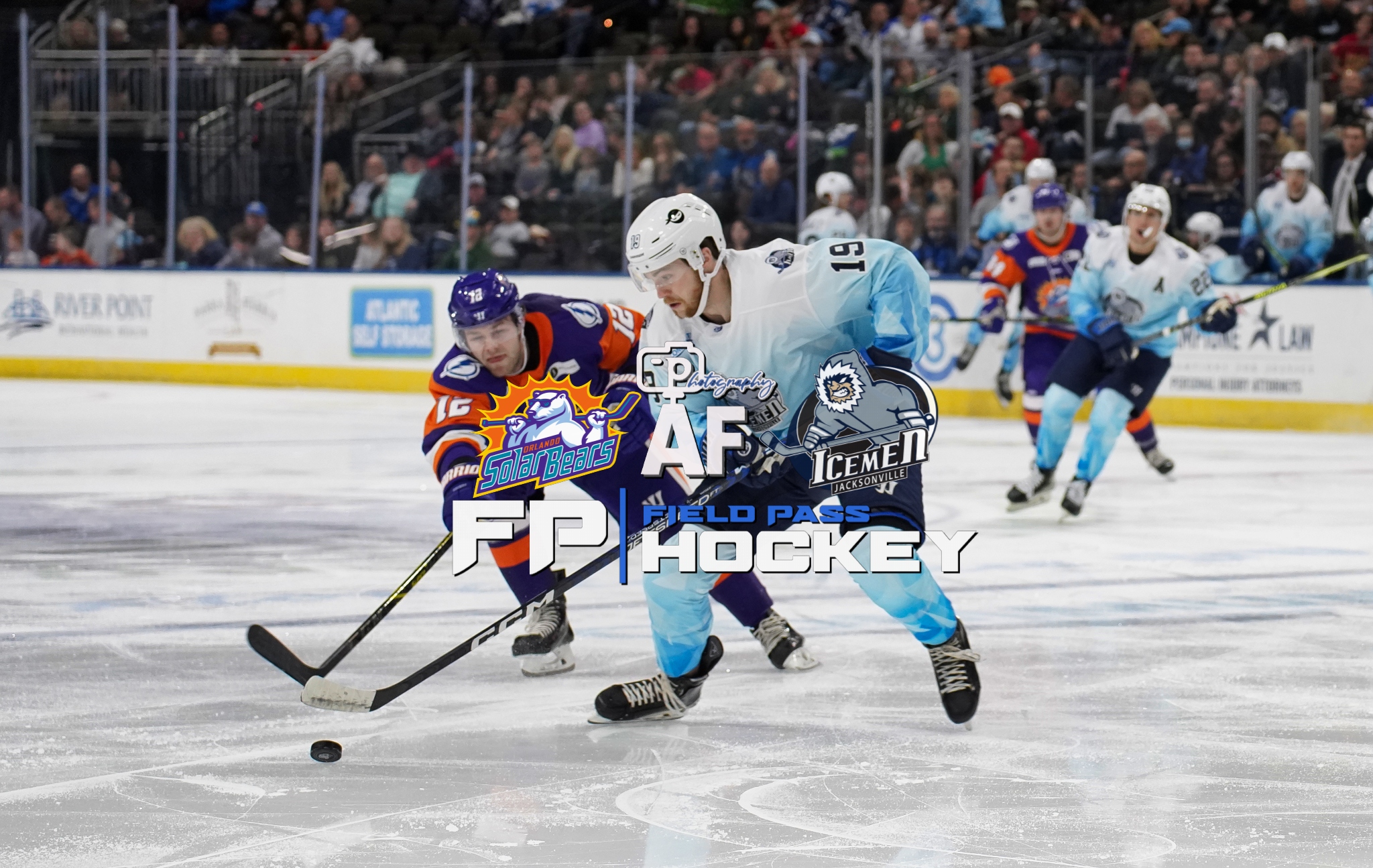 JACKSONVILLE, Fla – Saturday night, the Jacksonville Icemen held their Teddy Bear Toss Night against in-state rivals, the Orlando Solar Bears.  Jacksonville prevailed with a 3-2 victory in overtime in a game that saw 12,762 plush toys thrown onto the ice after the Icemen’s first goal. The plush toys will be donated to local children’s charities.

The first period was scoreless, but Jacksonville piled on the offensive zone pressure and outshot Orlando 13-6 in the first.

At the 1.25-minute mark of the second period, Derek Lodemeier netted the first Icemen goal of the game, which triggered the throwing of plush toys onto the ice. After the clean-up had been completed, that game resumed, and Orlando’s Tyler Bird would even things up with a goal just over three minutes later. Andrew Sturtz gave Orlando a 2-1 lead with two minutes left in the second.

Jacksonville continued to outshoot Orlando in the third period, with their netminder, Jack LaFontaine turning away the shots he faced.  With the Icemen’s netminder pulled, Derek Lodemeier would tie the game up with his second goal of the night at the 18:17 mark, forcing the game to overtime.

Less than two minutes into the overtime period, Jacob Panetta scored the game-winning goal for the Icemen. Jacksonville outshot Orlando 36-19 in a game that also saw no penalties called.