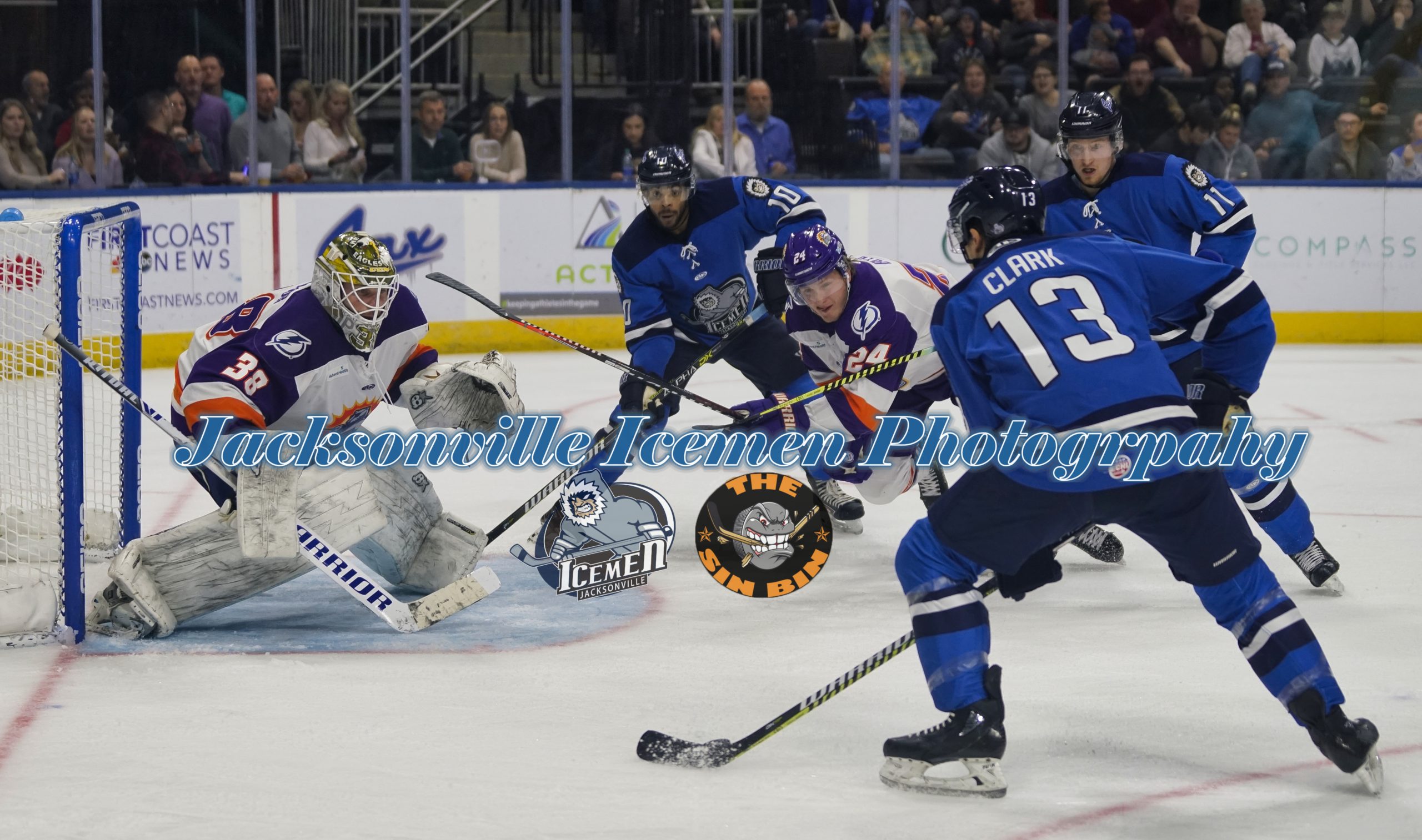 JACKSONVILLE, Fla. – On Saturday night, the Jacksonville Icemen took on the Orlando Solar Bears, their South Division rivals. Both teams came into the game having won on the road the night before.

In a scoreless first period, both teams seemed evenly matched, with Orlando having one more shot on goal than the Icemen. During the second period, the Solar Bears were able to capitalize on a rebound save off the pads of the Icemen’s goaltender Adam Carlson, giving them a 1-0 lead. Jacksonville tried to rally in the third period and outshot Orlando 11-5. A stellar performance by Orlando’s netminder Clint Windsor, who turned away all 27 shots on goal, gave Orlando the victory and Windsor the shutout. Jacksonville’s Carlson turned away 26 of the 27 shots he faced on goal.