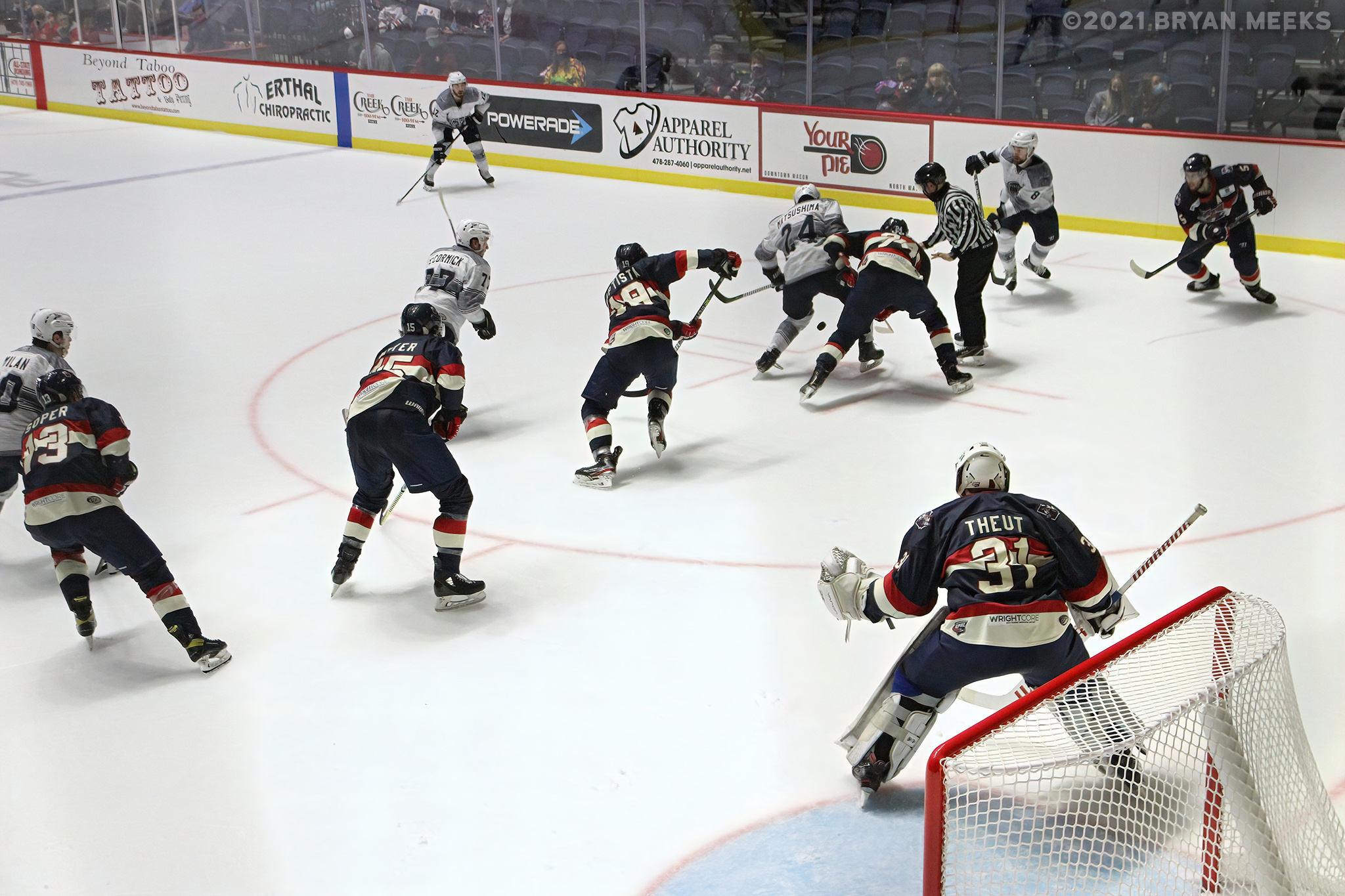 MACON, Ga. – The Pensacola Ice Flyers visited the Macon Mayhem for a rare Tuesday night game. There was back and forth, fast-paced action we have come to expect in the SPHL this season.

The Ice Flyers got on the scoreboard first and the Mayhem found themselves playing catch-up. The Mayhem were able to take the lead early in the middle frame. Pensacola would answer back before heading into the second intermission. Macon regained the lead halfway through the third period and would hold off all comeback attempts by Pensacola.

The final score was Macon 3, Pensacola 2.