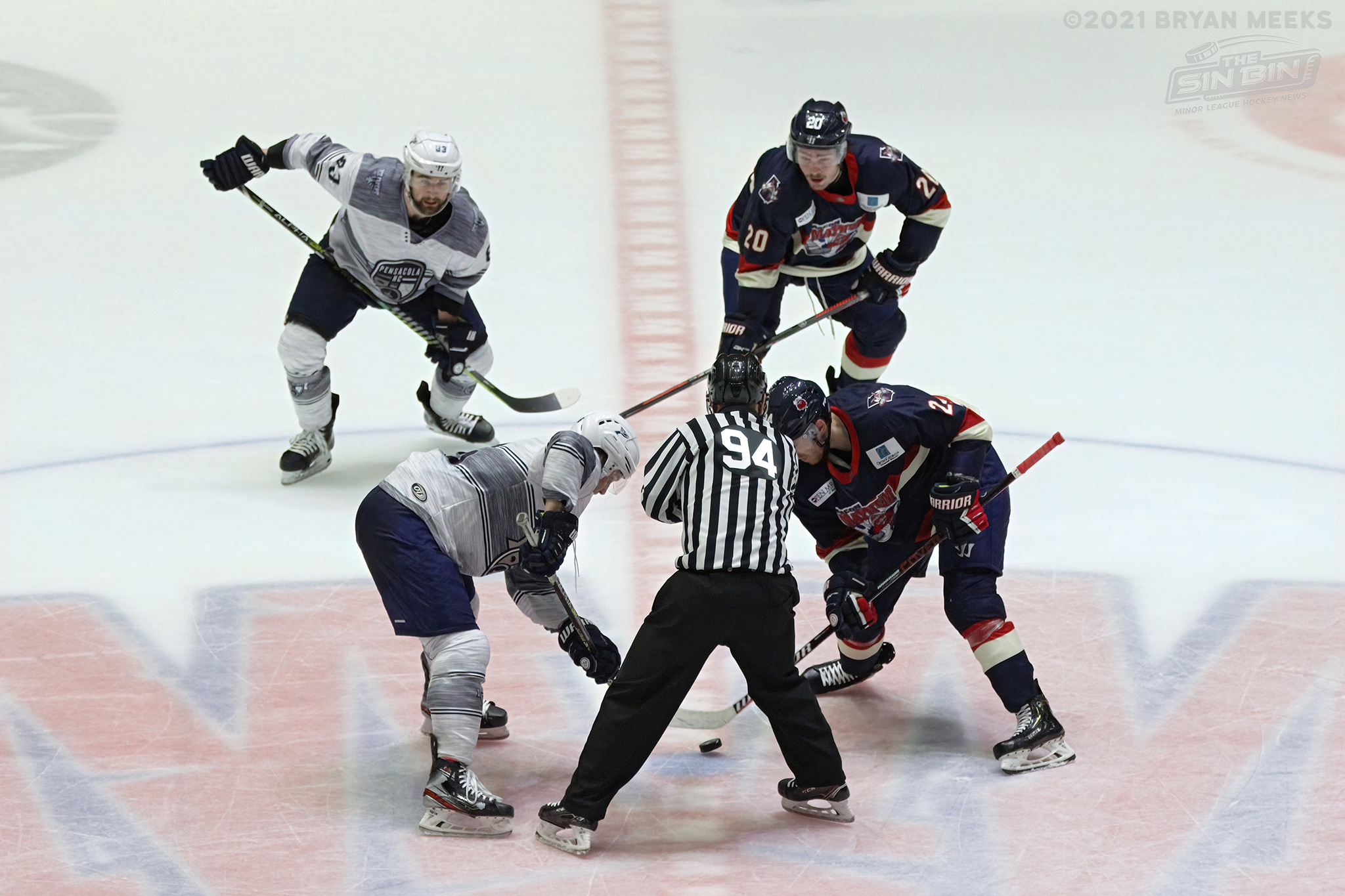 MACON, Ga. – The Macon Mayhem entered the weekend of March 5 on an eight-game winning streak. The struggling Pensacola Ice Flyers proved to be a worthy foe. Like many games this season, Macon’s opposition would score first. Also like previous games, the Mayhem would tie the game and then overtake the opponent. Unlike previous games, the Ice Flyers would regain the lead. Macon showed resiliency once again by catching Pensacola and forcing overtime. The Ice Flyers executed the perfect set play to win the game, ending Macon’s streak.

The final score was Pensacola 4, Macon 3.