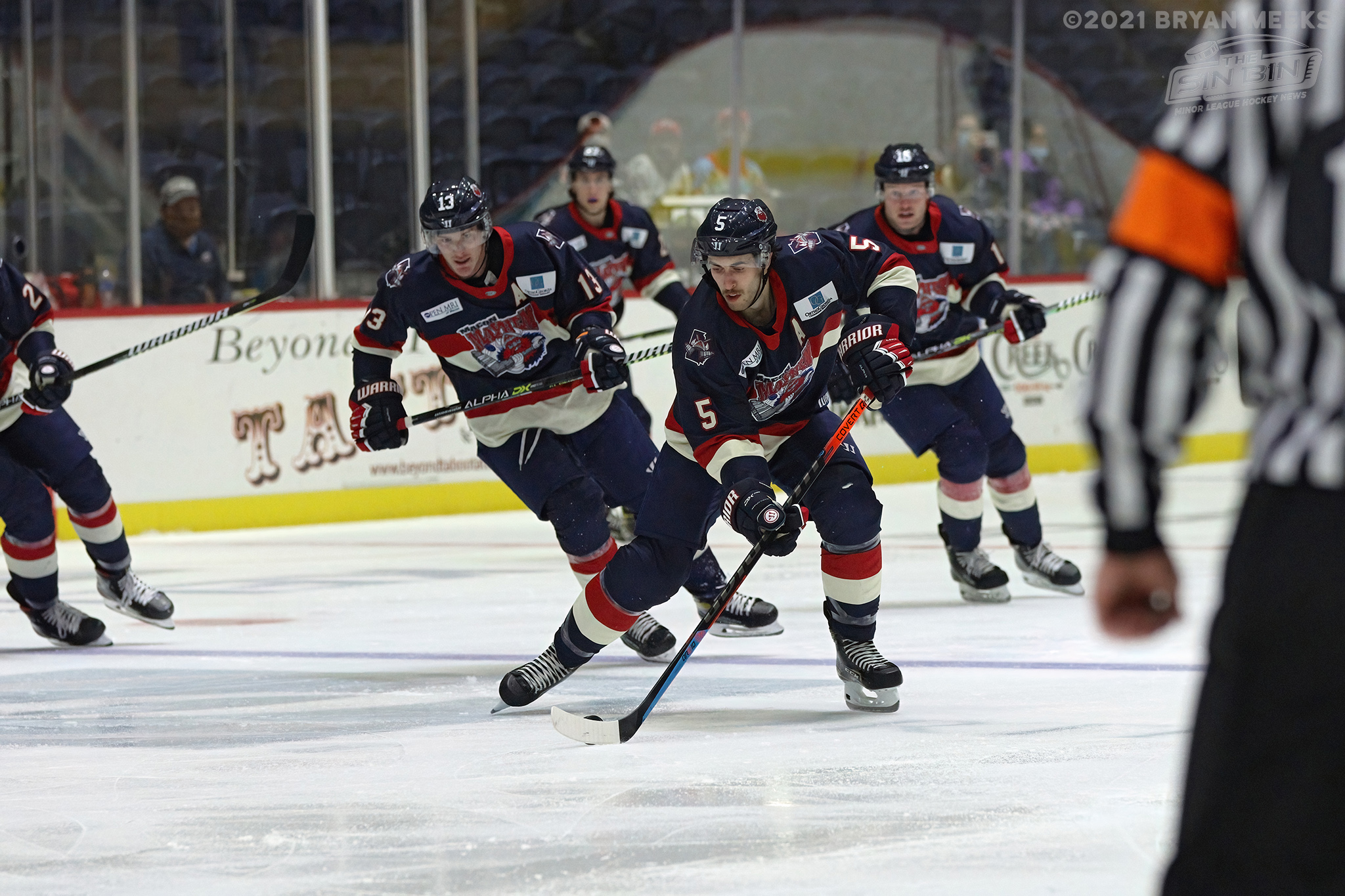 MACON, Ga. – For the second week in a row, the Pensacola Ice Flyers made the trip north to battle the Mayhem at the Macon Coliseum. This trip started on Thursday, April 15, 2021. Having lost the two games the previous week, Pensacola was looking for revenge. Unfortunately for the Ice Flyers, the Mayhem were able to keep them on the ground. Macon scored a goal early in the first period and did not let off the gas. The Mayhem beat the Ice Flyers 3 to 1.

I was fortunate to photograph periods two and three from the Coliseum’s new media box. The media box is positioned between both team’s benches. It was a great experience where I was able to experience the game on a whole new level. I have a greater appreciation for the level of effort the players put into the game and how much they care about each play on the ice. The media box provided a new perspective of the action and I enjoyed trying to capture it.