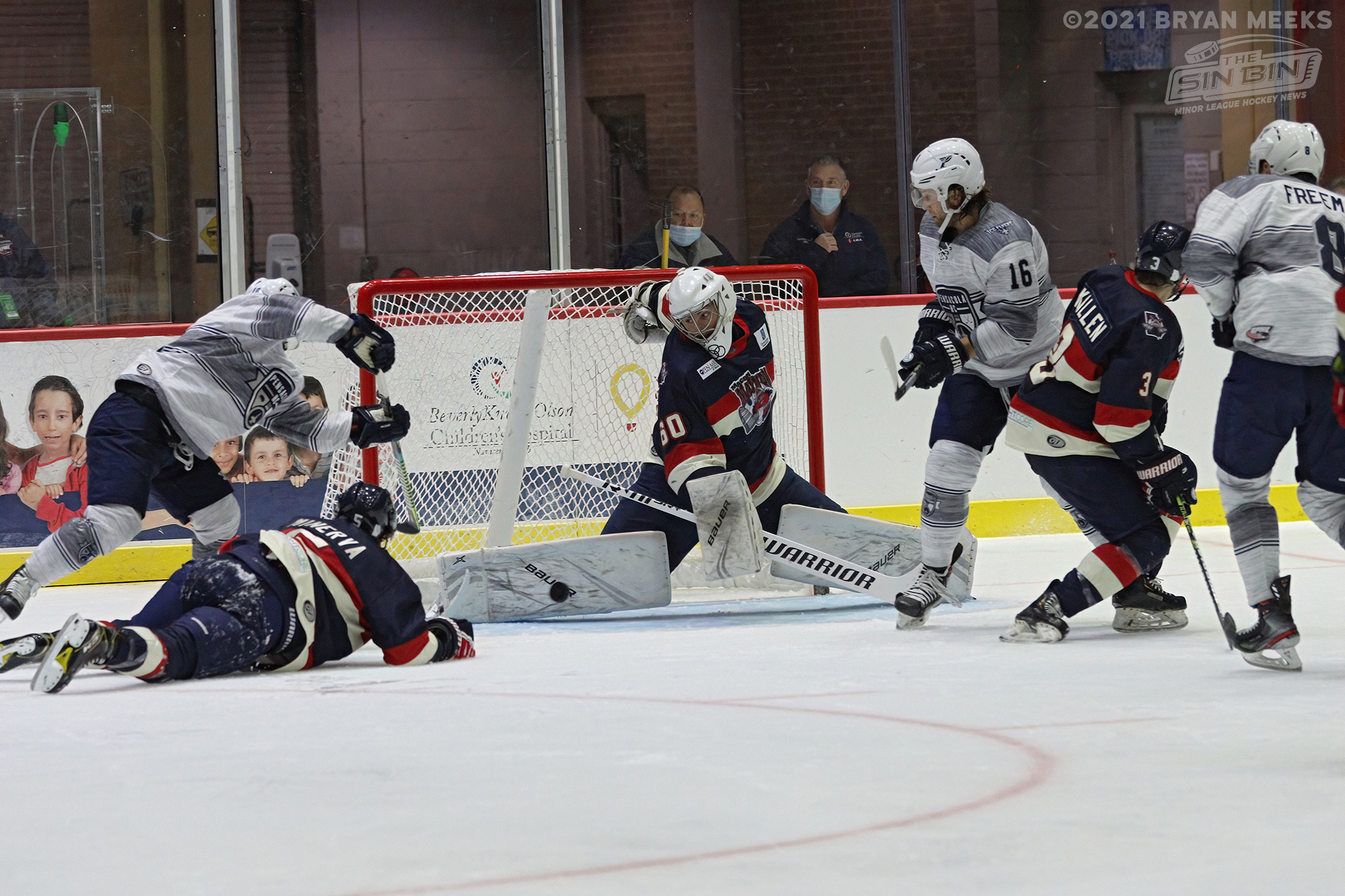 MACON, Ga. – The Pensacola Ice Flyers faced the Macon Mayhem for the second consecutive night on April 16, 2021. The Mayhem prevailed in the previous matchup. Pensacola’s frustrations were obvious as they tallied the first goal. Neither team could hold back tensions as 38 penalty minutes were assessed in the first period. Macon was able to go into the locker room for the first intermission with a 2-1 lead. The second period was a continuation of the first with both teams spending quality time in the sin bin. There were no goals in the second period but there were 58 penalty minutes served. Macon’s goaltender Jake Theut was on the receiving end of a nasty hit that would send him to the locker room for the remainder of the game. Ryan Ruck would come off of the bench to serve between the pipes for Macon. The third period would continue the trend of the others with 48 penalty minutes served. The final buzzer sounded with Macon having won 5 to 3.