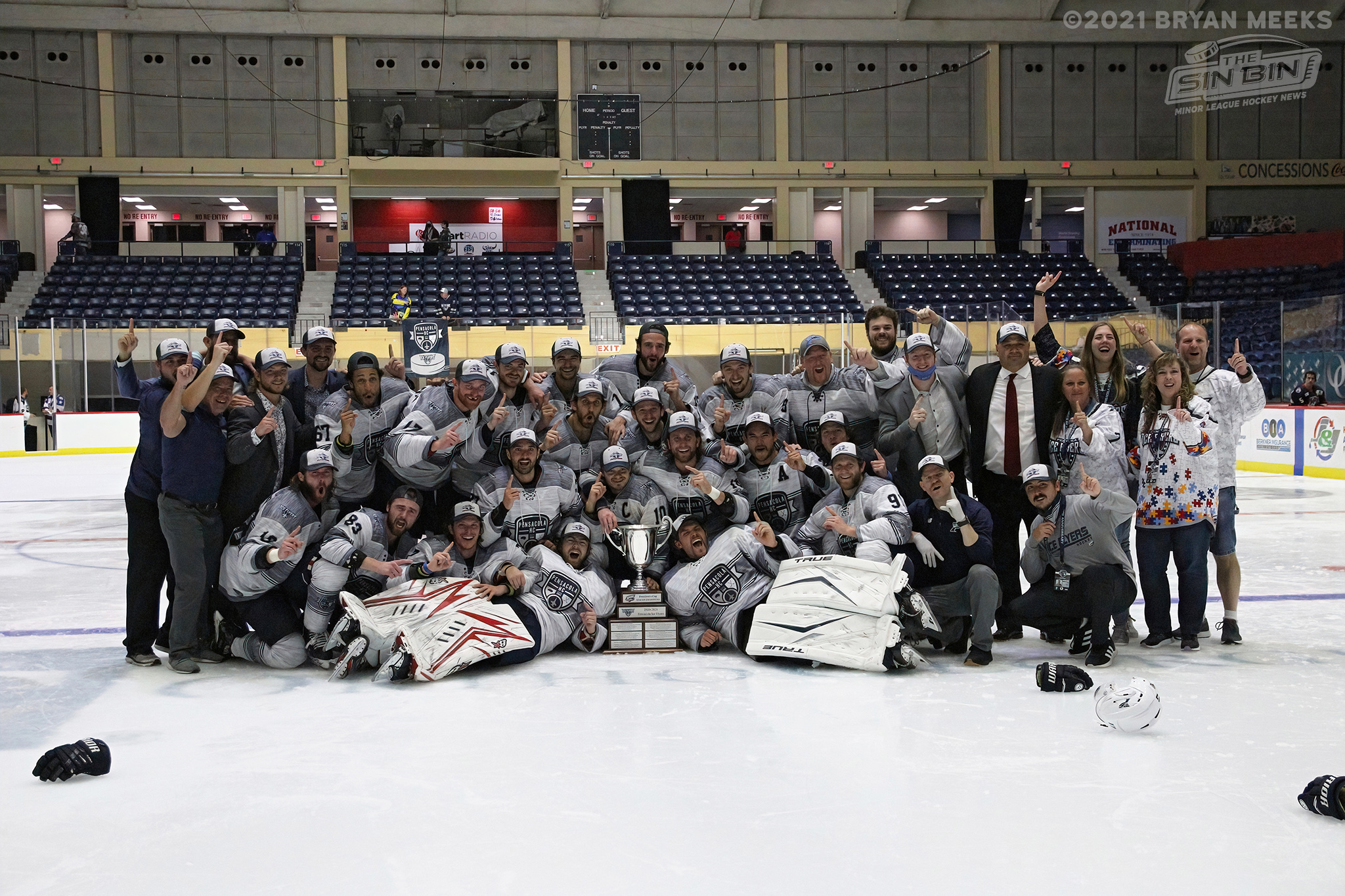 MACON, Ga. – The Pensacola Ice Flyers and the Macon Mayhem battled for the SPHL President’s Cup at the Macon Coliseum on May 15, 2021. The Ice Flyers took game one of the Finals in Pensacola on the previous night. The Mayhem would be fighting for their life in the best-of-three series. Macon had Pensacola’s number during the regular season but the Ice Flyers have been playing their best hockey of the year.

The first period was a display of two evenly matched teams. The second period started with a 0-0 tie but that would not last long. While the Mayhem struggled, the Ice Flyers would score three goals before the end of the second. Macon would score one goal in the third but they were unable to find their rhythm before time would expire. At the end of the night, the Pensacola Ice Flyers hoisted the SPHL President’s Cup as playoff champions.

This was a crazy season for hockey and I am fortunate to have been able to cover the Macon Mayhem for The Sin Bin. I hope you have enjoyed viewing my photos as much I did taking them. I am already looking forward to next season!