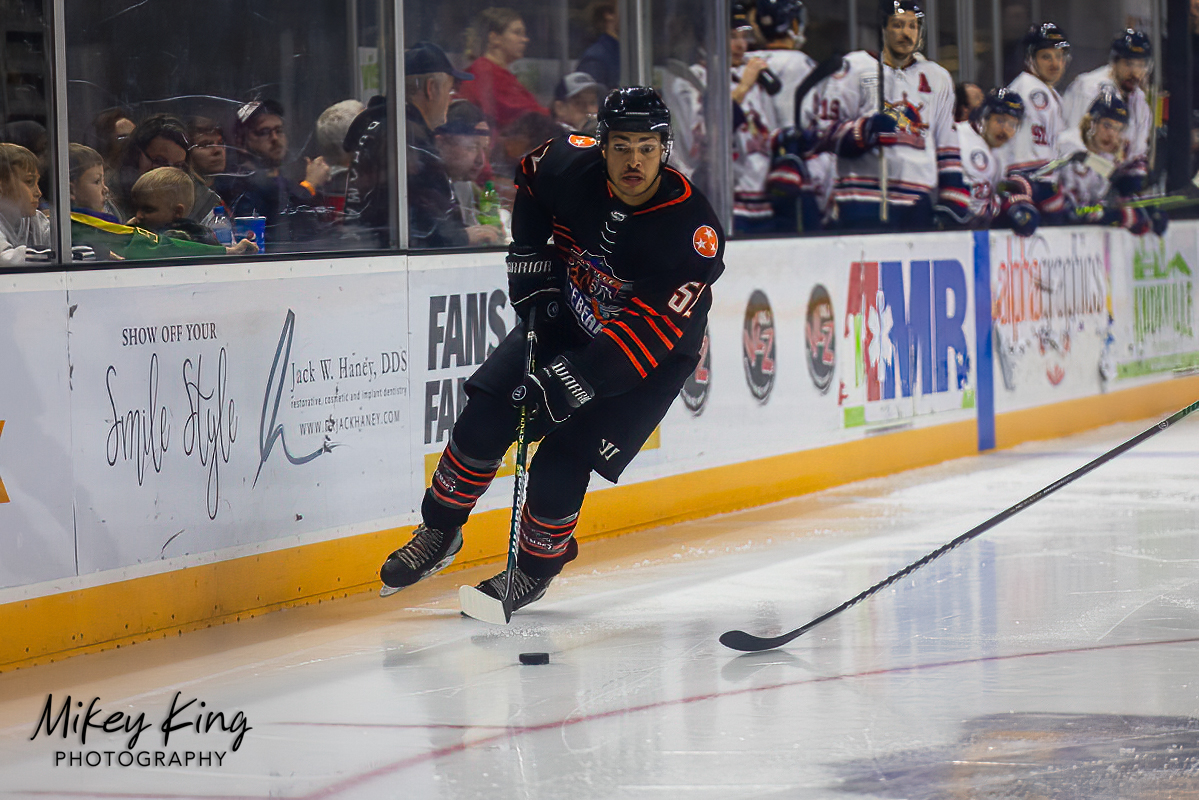 This was the second of back-to-back games for these two teams. Knoxville fought back from a two-goal deficit with goals from Justin MacDonald and Nick Pryce.  The Ice Bears found themselves trailing by one going into the third period. They were able to tie the game with Pryce’s second goal of the game. The game went into a shootout following a scoreless overtime period. The Knoxville Ice Bears fell to the visiting Peoria Rivermen 4-3 in a shootout.