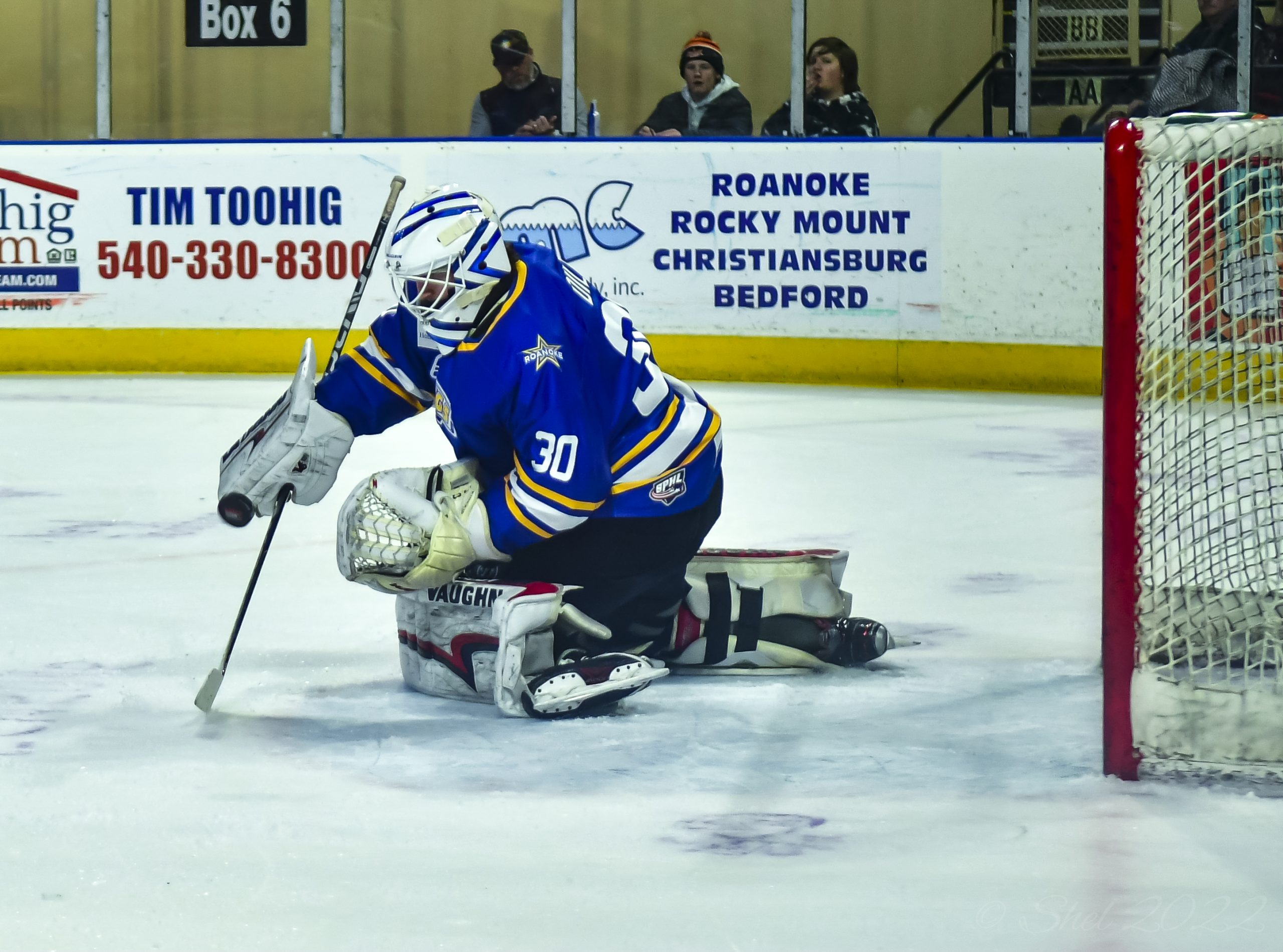 The Rail Yard Dawgs began the New Year with their annual “Stick it to Cancer” weekend, complete with the ice covered in painted tributes to those affected.

Roanoke, VA – The Rail Yard Dawgs began the New Year with their annual  “Stick it to Cancer” weekend, complete with the ice covered in painted tributes to those affected. Fog from the player introductions hung over the arena as play started, making it feel almost like an outside game. The Peoria Rivermen got started early, when Mitch McPherson made the first goal less than two minutes into the game. Roanoke’s CJ Stubbs answered with the only goal of the game for the Dawgs, assisted by Matt O’Dea, in the first period. Even a Roanoke goalie swap couldn’t stop the five-game home win streak from being broken in a 5-1 loss.

Tension was already high in the Berglund Center, as a good majority of the Roanoke fans made it clear that Peoria’s Cody Dion, a former Dawg, was not a favorite sight. Fans were amazed that the big fight of the game didn’t include Dion. It was between Matt O’Dea and Peoria’s J.M Pietrowski, after Pietrowski plowed over Roanoke goalie Henry Dill.  The game was full of hard checks, and lots of wall hits, making for high anticipation for the second game of the weekend.

Check out this photo gallery from Field Pass Hockey’s Michelle Hancock for highlights from the game.