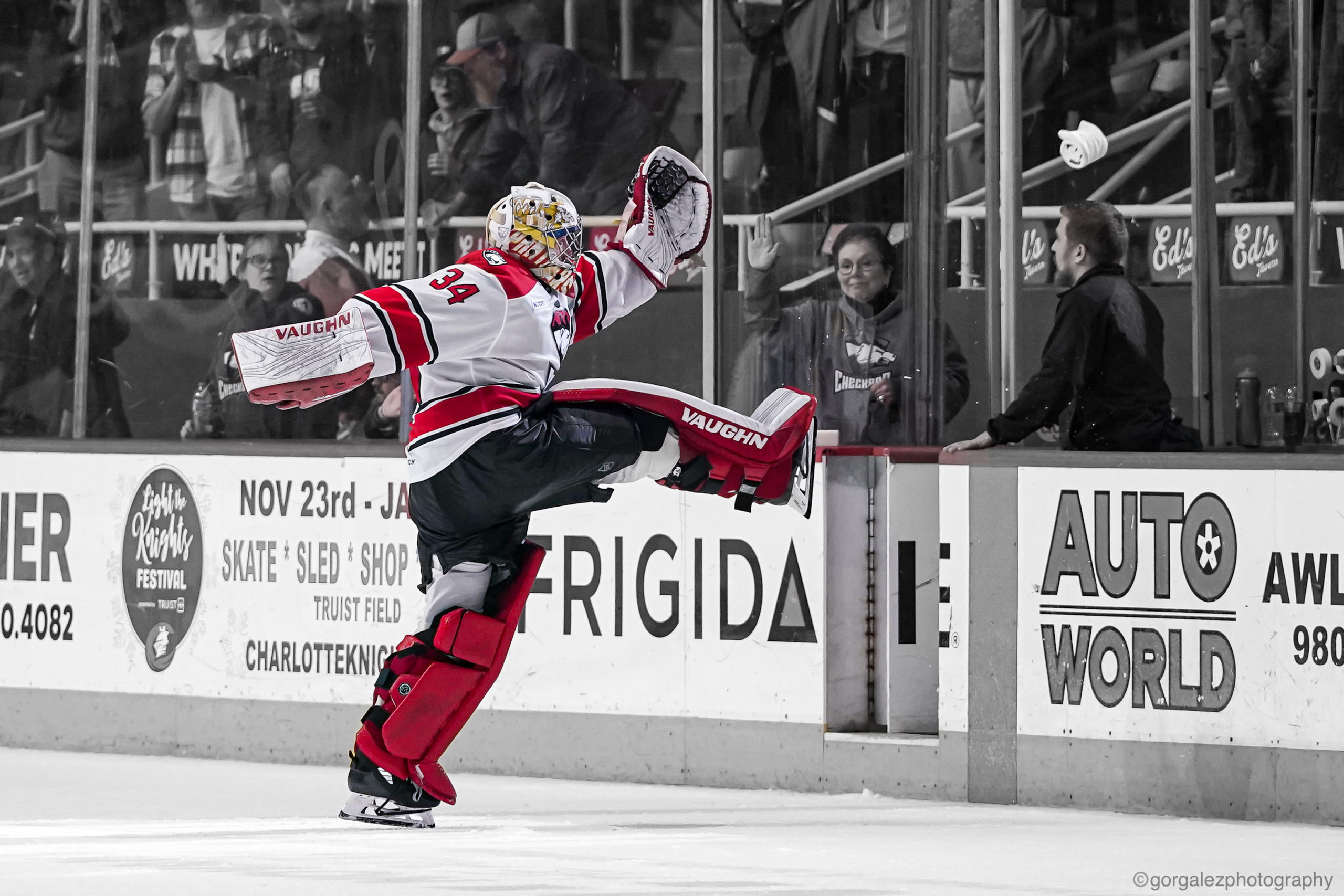 CHARLOTTE, Nc – Thursday night’s game against the Providence Bruins had Charlotte Checkers fans on the edge of their seat as two fights had already broken out within five minutes of the game.

The Providence Bruins scored late in the first and held on to that single-goal lead for most of the game, but with just seven minutes left, the Checkers got on the board to tie the game and force overtime. Riley Nash scored the overtime goal for the Checkers to earn them a 2-1 win and earn goaltender Alex Lyon his 100th American Hockey League win.

Check out this photo gallery by Field Pass Hockey’s Rebecca DaSilva, who was there to capture the action!