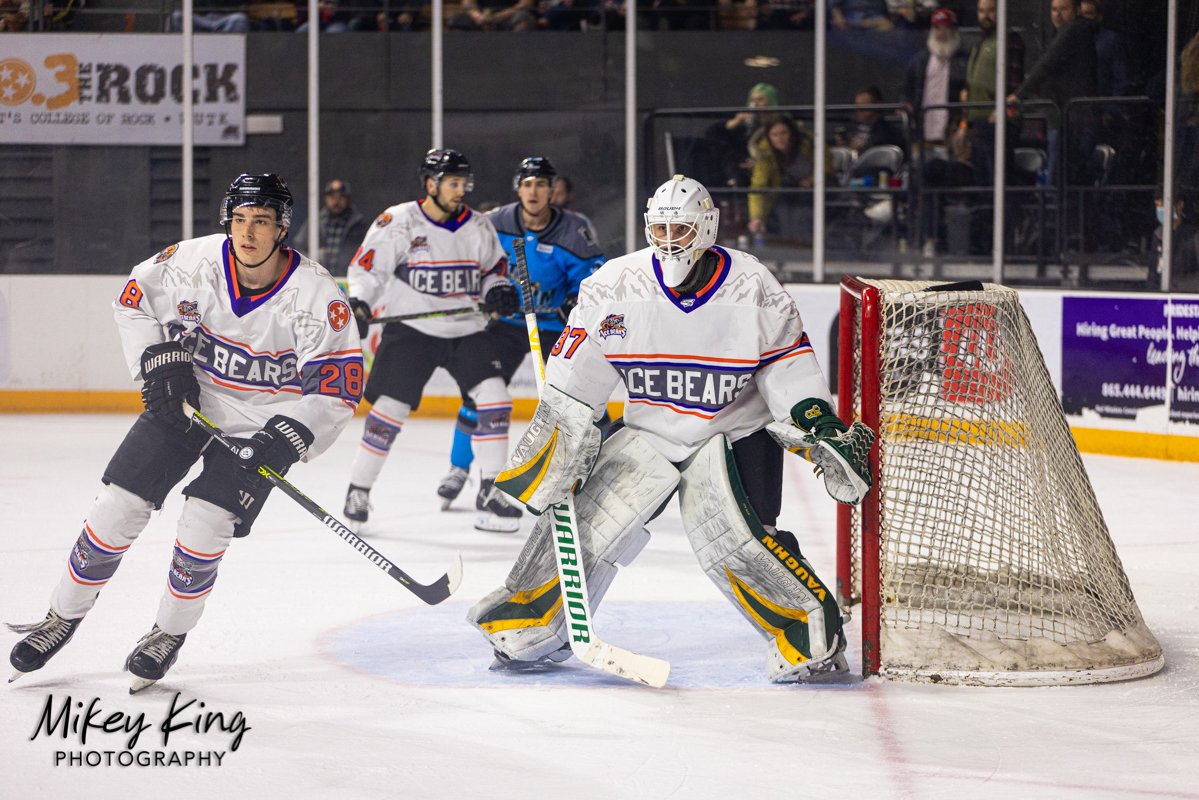 KNOXVILLE, Tenn. – In the second game of a back-to-back series, the Quad City Storm took on the Knoxville Ice Bears in a very physical game on Saturday. The Ice Bears got the scoring started early, just two minutes into the first period with a goal from Andrew Bellant. Stepan Timofeyev tallied one more for the Ice Bears late in the first. The Storm were able to answer back with a goal from Connor Fries less than one minute later.

Kristian Stead, the Ice Bears goalie, was able to shut down the Storm for the remaining two periods. The Ice Bears added goals from Sam Turner, Razmuz Waxin-Engback, and Brady Fleurent for an impressive final score of 6-1.