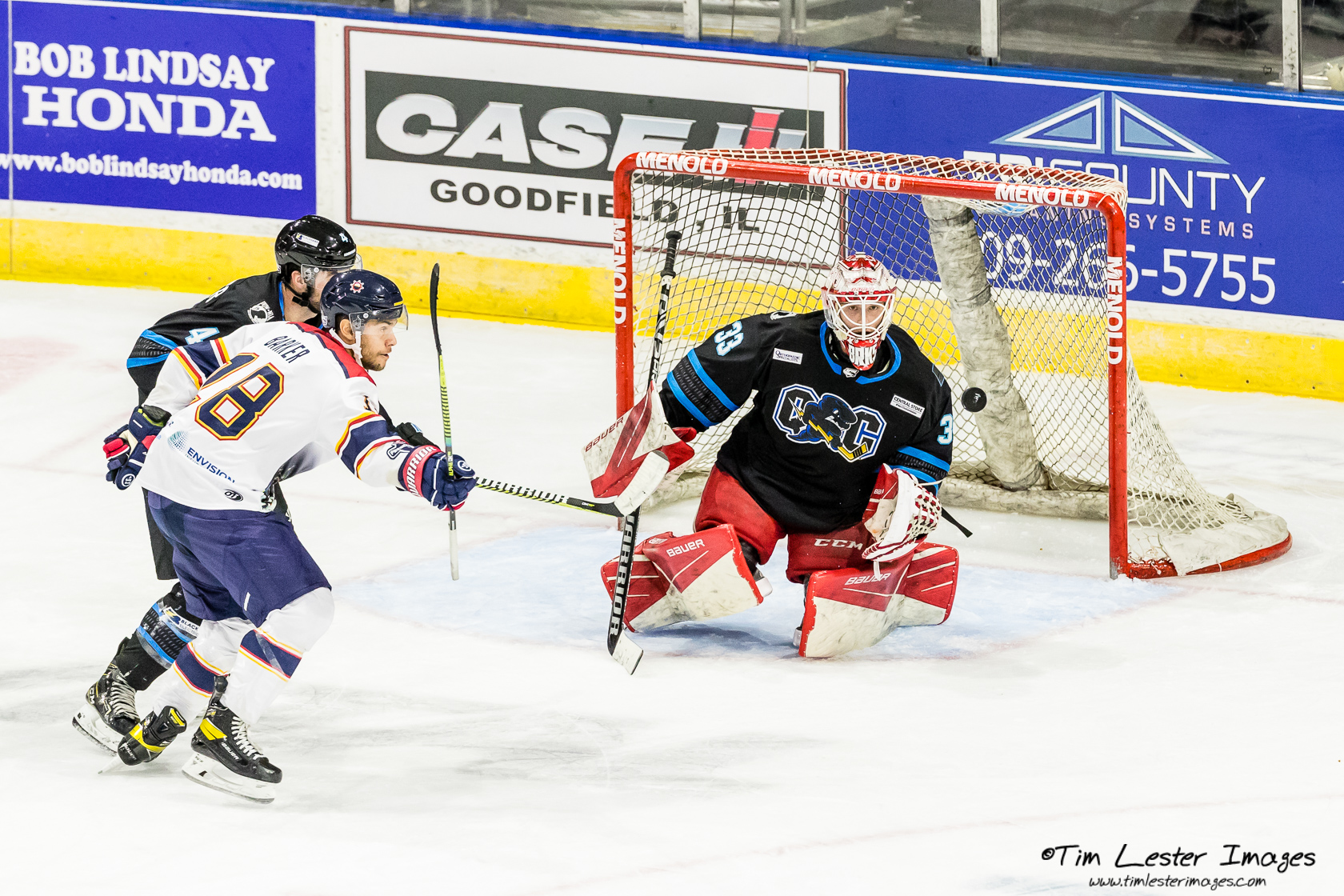 PEORIA, Ill. – The Quad City Storm and Peoria Rivermen continued their SPHL opening weekend home and home series with a second game on Saturday night at the Peoria Civic Center.

Before the action could begin, Peoria held their Championship ring presentations and Championship banner unveiling before a crowd of 5089 fans in Carver Arena. The energy was high for three periods but the Storm were able to capture another win and weekend sweep of the Rivermen, besting the home team 2-1 on the night.

Check out this photo gallery from Field Pass Hockey’s Tim Lester for highlights from the evening.