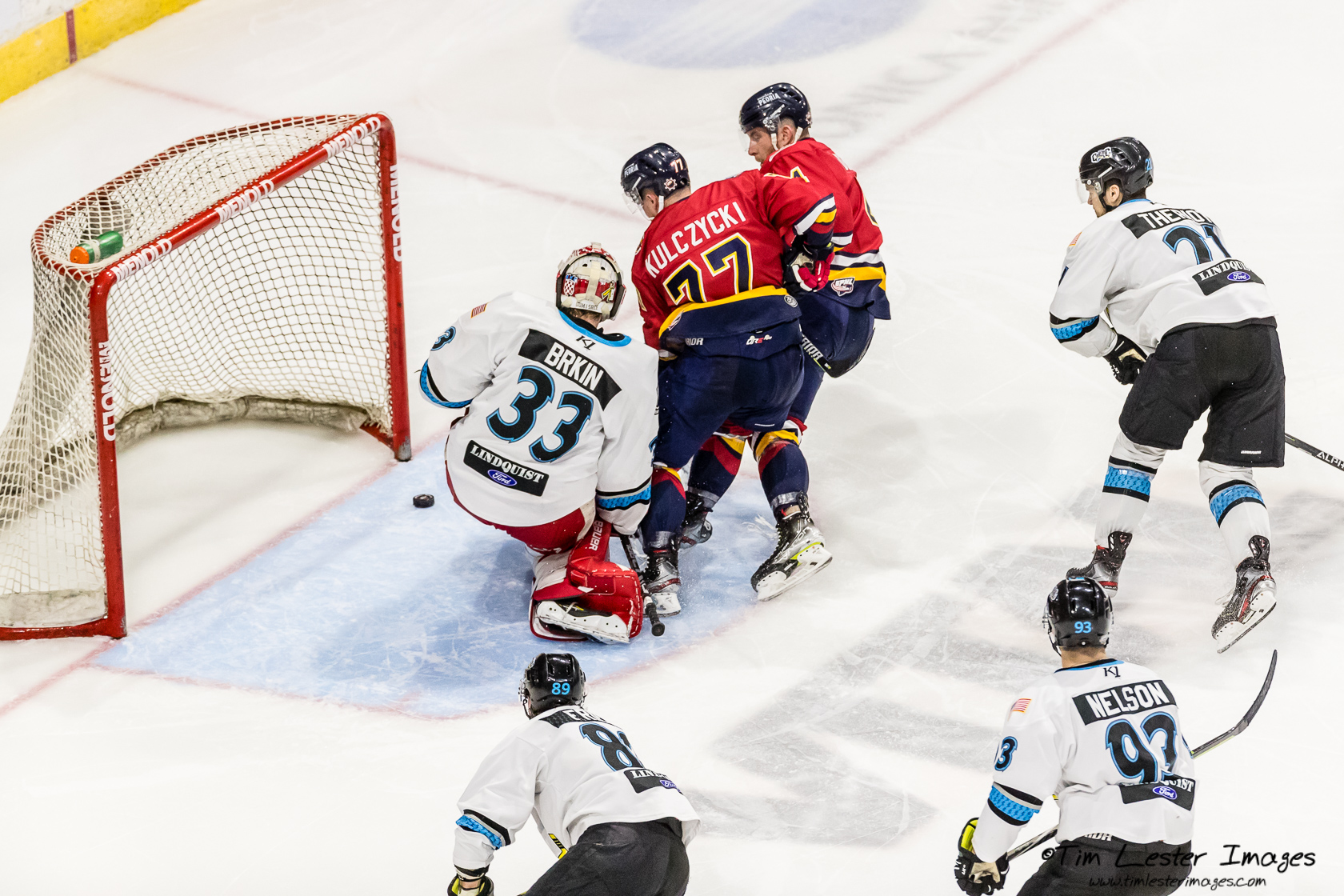 PEORIA, Ill. – The Peoria Rivermen were looking to extend their consecutive home win streak to 16 while also breaking their record for home wins in an SPHL season. The Quad City Storm would have other ideas. The majority of the 2,600 plus fans in attendance were expecting the emotions from the previous game to be spilled over into this event, ironically there was not a single fight over the 60 minutes of play.

The normally physical play between the Rivermen and Storm started shortly into the first period, Storm defenseman Cody Walsh hit Rivermen forward Mike Gurtler and was called for a major boarding penalty. A little over a minute into the five-minute power play, Rivermen forward JM Piotrowski sent a wrist shot thru net-front traffic past Storm goalie Bailey Brkin. While constant pressure was applied from the home team, the Storm held strong to kill off the remaining penalty time. The remainder of the period was scoreless with both teams trading shots on the goaltenders, less than two minutes left in the period and a rare communication error behind the Peoria net allowed a basically empty-net goal by Quad City forward Logan Nelson when Peoria goalie Eric Levine was below the goal line when Marcus Ortiz passed the puck to Nelson alone in front of the net.

The second period was primarily defensive by both teams with Quad City showing that it did its homework and made it difficult for Peoria to enter its offensive zone; normally getting stopped short of center ice. While on the attack early in the second, Peoria forward Mike Gurtler was called for tripping while batting for the puck next to the Quad City net. The Storm would not pass up the opportunity on the power play and Shane Bennett sent a wrist shot from the point for this 23rd goal of the season.

While Peoria looked tired, both physically and mentally, the Quad City team looked sharp and hungry for a win on the Peoria ice as the third period started. Before the five-minute media timeout, Rivermen forward Kasey Kulczycki was able to put a rebound in the net while at the top of the crease. Based on the defensive play, along with the 2-2 tie halfway in the final frame, it felt like overtime might be needed again between the two teams. Less than a minute past the 10-minute mark, Storm forward Ben Duperreault scored his fourth goal of the season but more importantly the game-winner. The SPHL rivals will meet one last time in the regular season on Friday, with Peoria needing four points in two games to clinch second in the title race, with the Storm looking to ruin those plans.