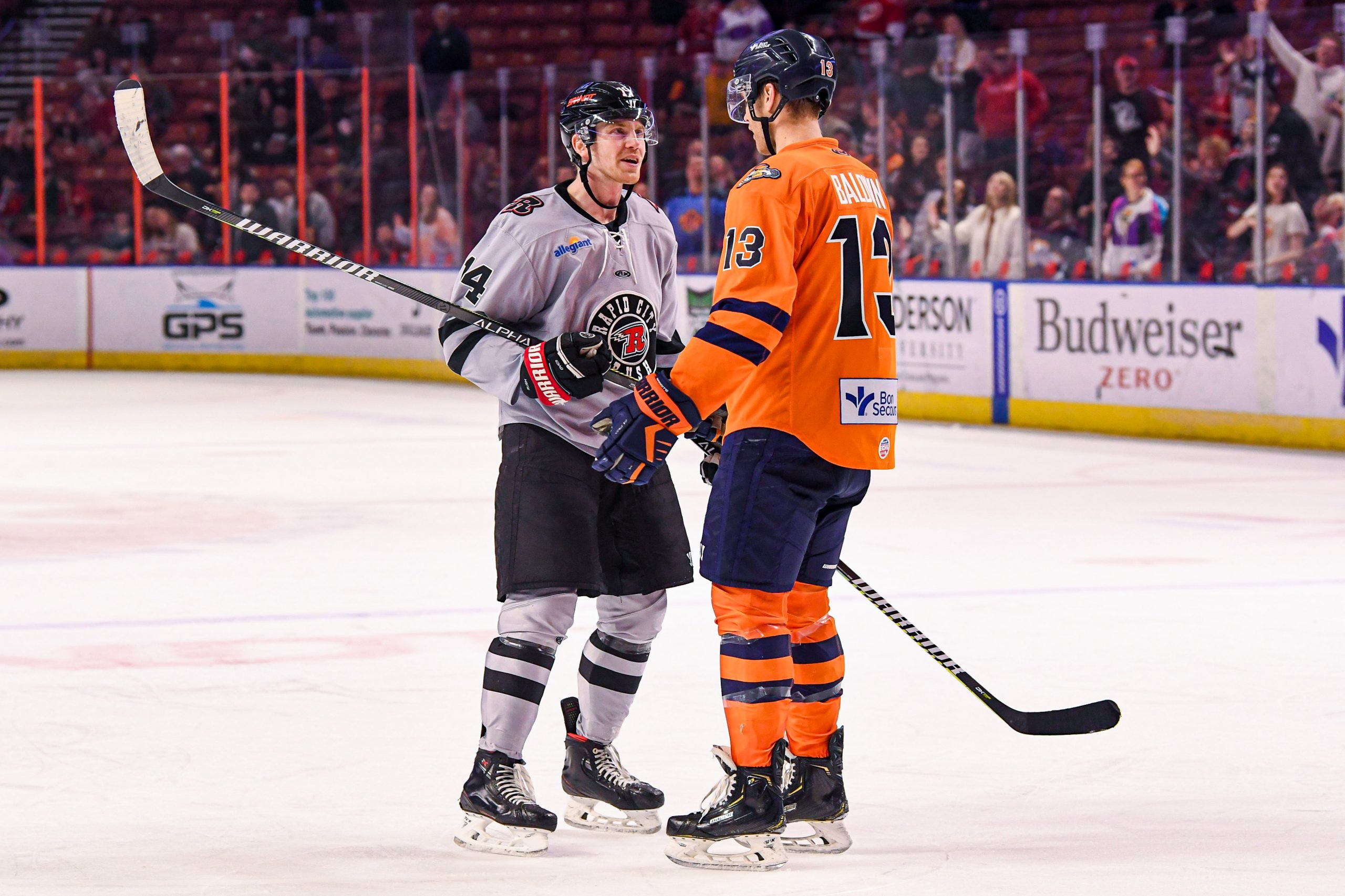 The Greenville Swamp Rabbits swept a three game series against the Rapid City Rush this past weekend, with two Greenville players earning themselves a hat trick.

GREENVILLE, S.C – This past weekend brought a battle of the Spire ownership group, as the two sister teams took each other on in a three game match-up. Greenville swept the three-game-series, taking all three victories.

The first game started off hot with Anthony Rinaldi scoring two goals for the Swamp Rabbits early in the first period. The game went back and forth with goals from both teams with the Rush tying the game 4-4 and forcing overtime. With just a few seconds left in overtime, Max Zimmer scored the game winning goal for the Swamp Rabbits for a final score of 5-4.

Friday nights game also started off fast with Ayden MacDonald netting the first goal at the start of the first period. This was followed up by Justin Nachbaur getting his first career hat trick with three straight goals. The Rabbits took the victory with a final score of 6-3.

Sunday’s game started off slightly slower as the first goal for the Rabbits was scored by Anthony Rinaldi with 4:54 left in the first period. By the beginning of the second period Rinaldi had scored two more to earn himself a hat trick this weekend as well. It started to become a very back and forth game and ended with another Rabbits win with a final score 7-6.

Check out this photo gallery from Field Pass Hockey’s Rebecca Gorgalez for highlights from the game.