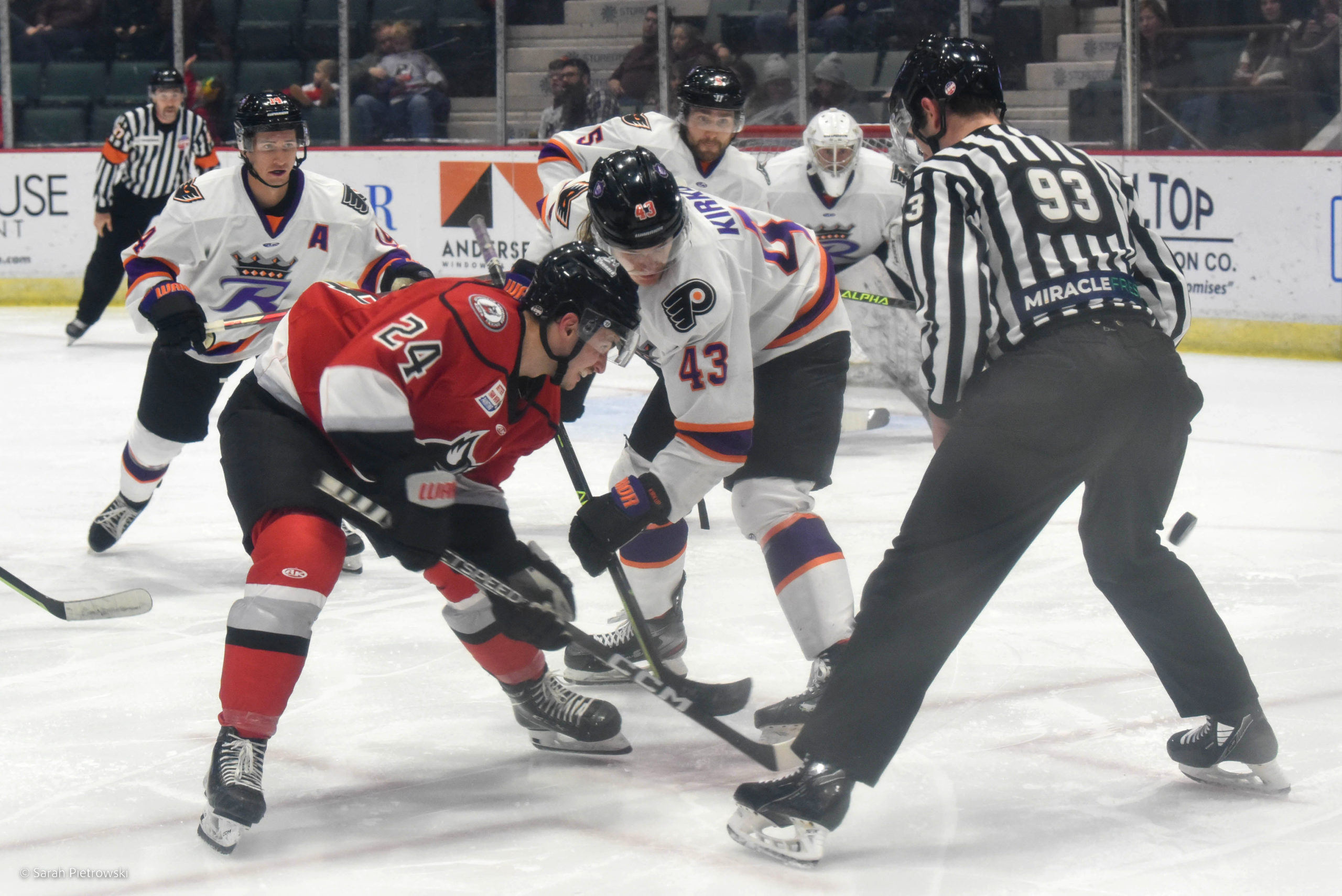 GLENS FALLS, NY-  The Reading Royals and Adirondack Thunder faced off Saturday night at Cool Insuring Arena for the first time this season.