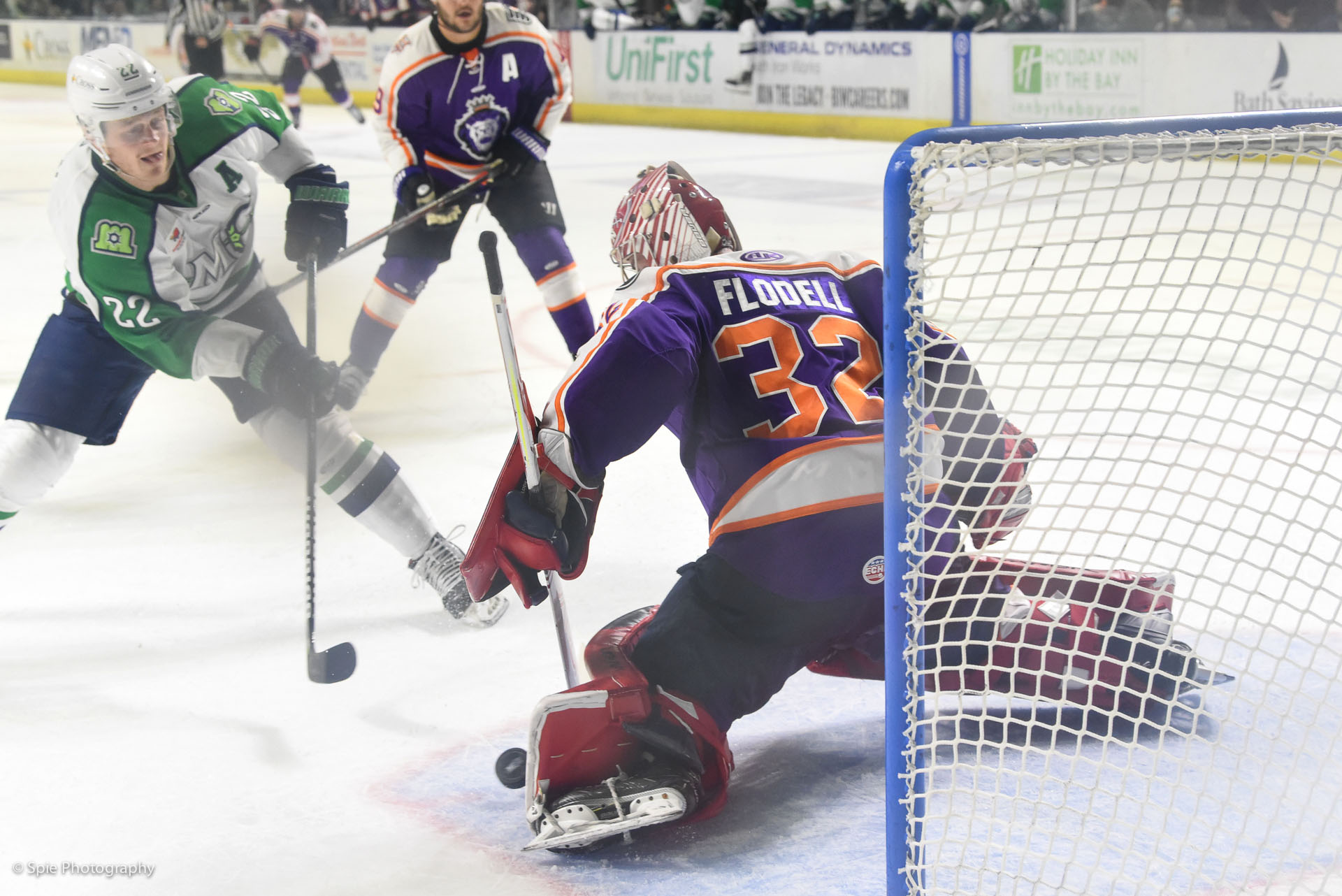 Portland, ME – The Reading Royals and Maine Mariners met for a pivotal Game Four Friday night.

The first period featured several great opportunities for both teams to open the scoring but neither team could get one past the goalies, Logan Flodell for Reading and Callum Booth for Maine. The second period looked like it was going to also be scoreless until 19:07 when Nick Master scored to give the Mariners the lead. In the third period the Mariners scored twice on the power play and an empty net to take a 4-0 win.

The series is now tied at two apiece with neither team having yet to win as the visiting team.