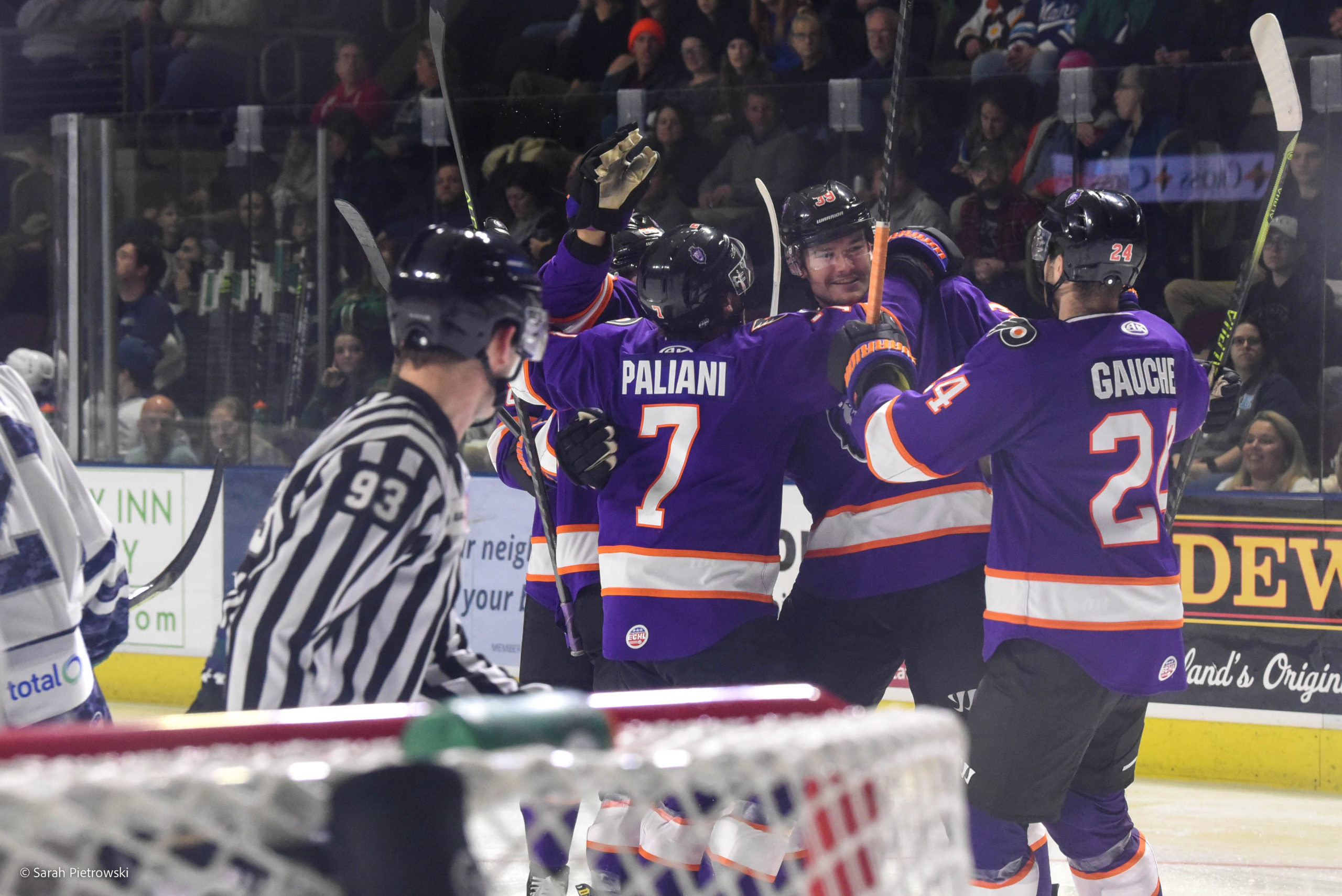 Portland, ME – The Maine Mariner and Reading Royals met for the first time this season at Cross Insurance Arena.

The Mariners opened the scoring five minutes into the first period. They took a two goal lead six minutes later on a power play goal.
The Royals got back into the game by scoring three times in the second period to take a 3-2 lead heading into the final frame. The Mariners tied the game back up 47 seconds into the third period, before the Royals retook the lead a minute later when Jacob Gaucher scored his second of the night. Max Newton gave the Royals an insurance goal midway through the third when he scored his second of the night. The final score was 5-3 to Reading.