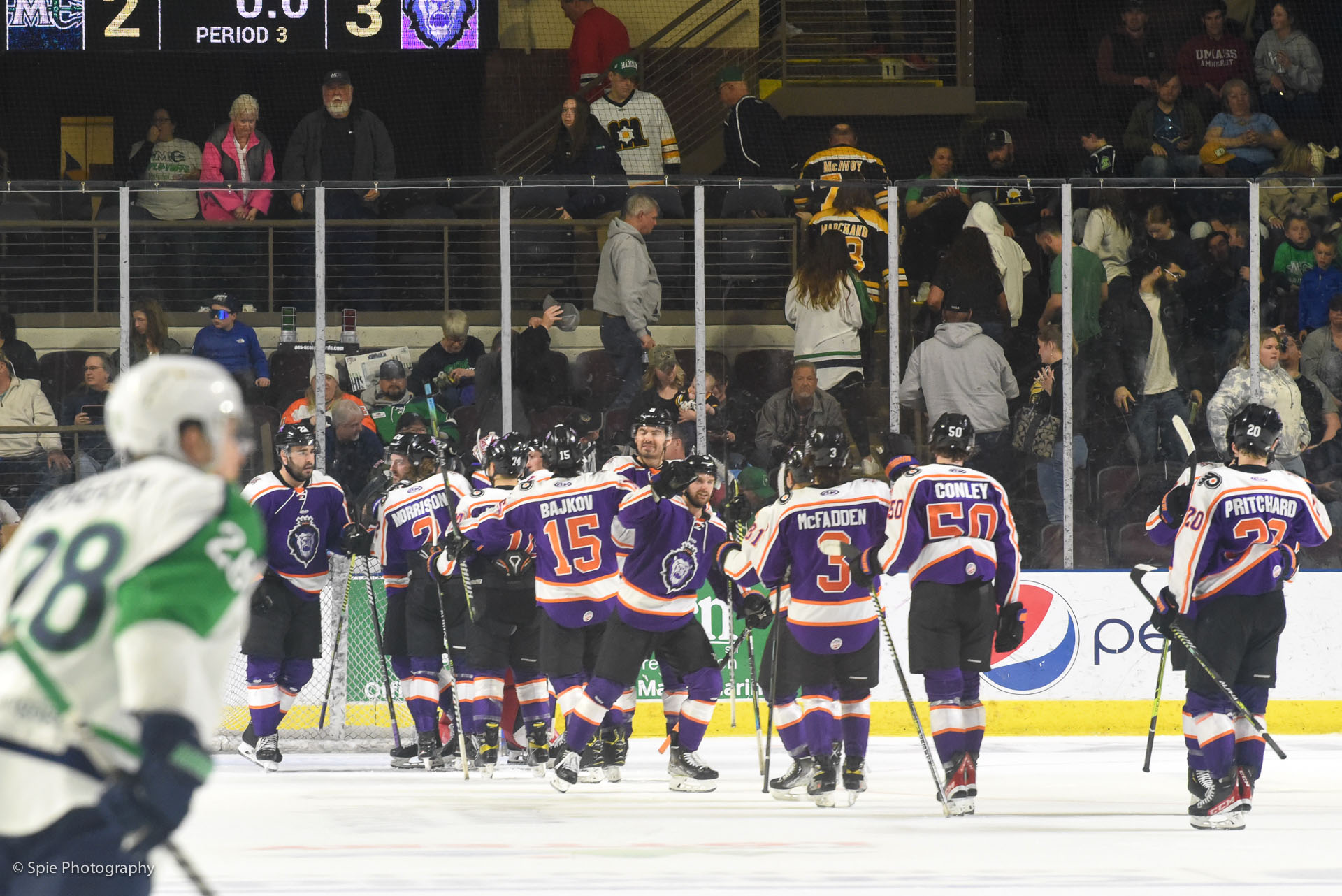 The Royals won for the first time this season in Maine and now lead the series 3-2.

Patrick Bajkov opened the scoring for the Royals, with his first lamplighter of the playoffs, at 10:25 of the first period. The Mariners tied the game with less than two minutes left in the first, with a power play goal from Cameron Askew.

The Royals regained the lead at 3:27 of the second, when Frank DiChiara scored his second goal of the playoffs. But, the Mariners tied it, this time with a goal from Alex Kile at 5;55 of the period.

The game remained tied until midway through the third when the Royals got their first power play of the game and Thomas Ebbing was able to capitalize giving the Royals a 3-2 lead.

The Mariners continued to push for the tying goal but could not get it. The Royals won for the first time this season in Maine and now lead the series 3-2.

Check out this photo gallery from FPH’s Sarah Pietrowski, who was there to capture the action.