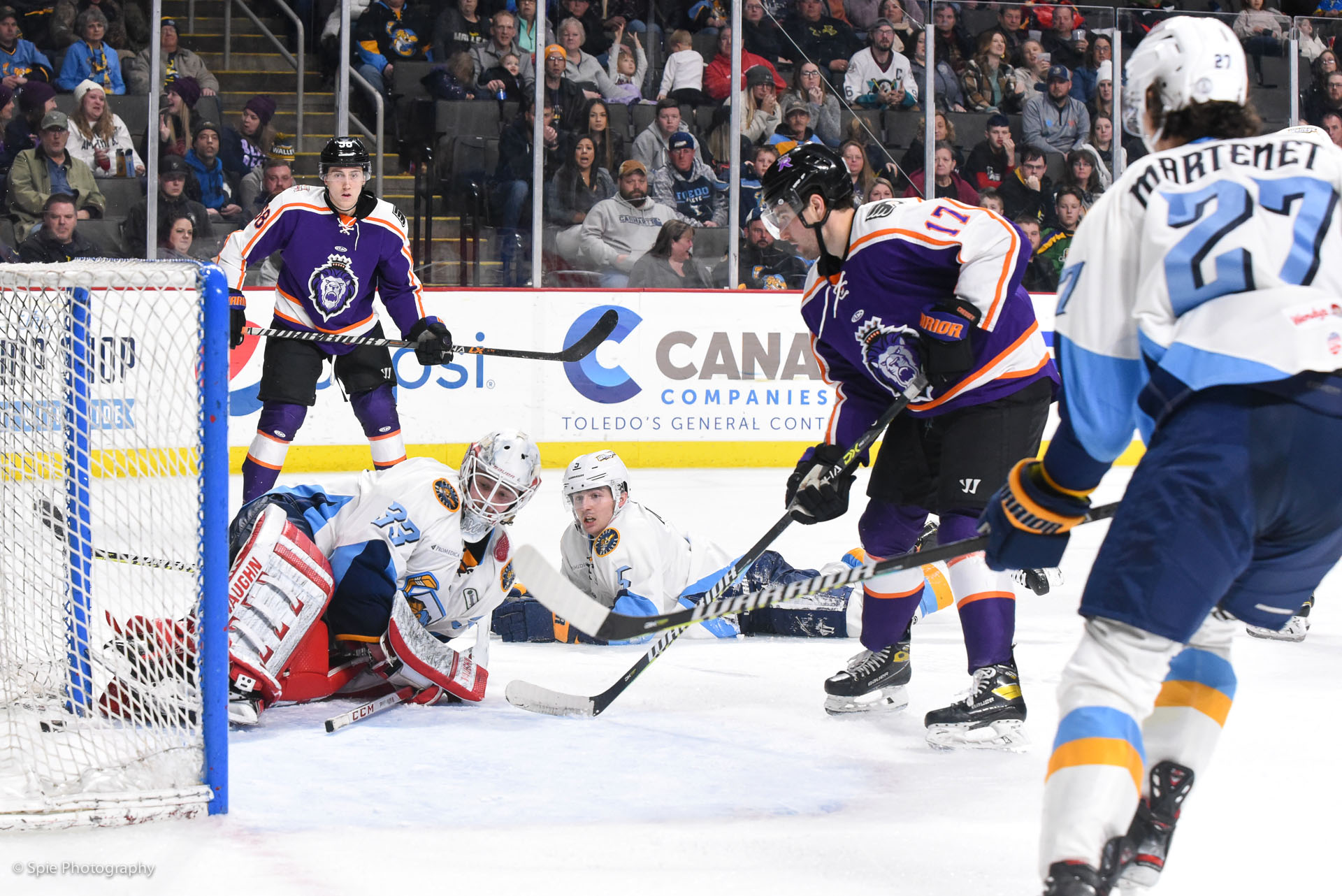 The Reading Royals and Toledo Walleye faced off Saturday night in a battle of division leaders. The game had a playoff-like atmosphere right from the start.

Toledo, OH – The Reading Royals and Toledo Walleye faced off Saturday night in a battle of division leaders. The game had a playoff-like atmosphere right from the start. It was a physical back-and-forth game, with the Royals taking the 4-1 victory.

Both teams had plenty of quality chances to get goals, but both goalies were up to the job. The game remained scoreless going into the third period until the Royals finally broke through at the 6:41 mark with a shorthanded goal by Trevor Gooch. The Walleye scored their goal less than a minute later to tie it up, but the Royals retook the lead on a goal from Mason Millman. Dominic Cormier scored for the Royals to give them a two-goal lead. An empty net goal and his second of the night by Gooch sealed the victory for Reading.

FPH photographer Sarah Pietrowski was on hand to capture the action.