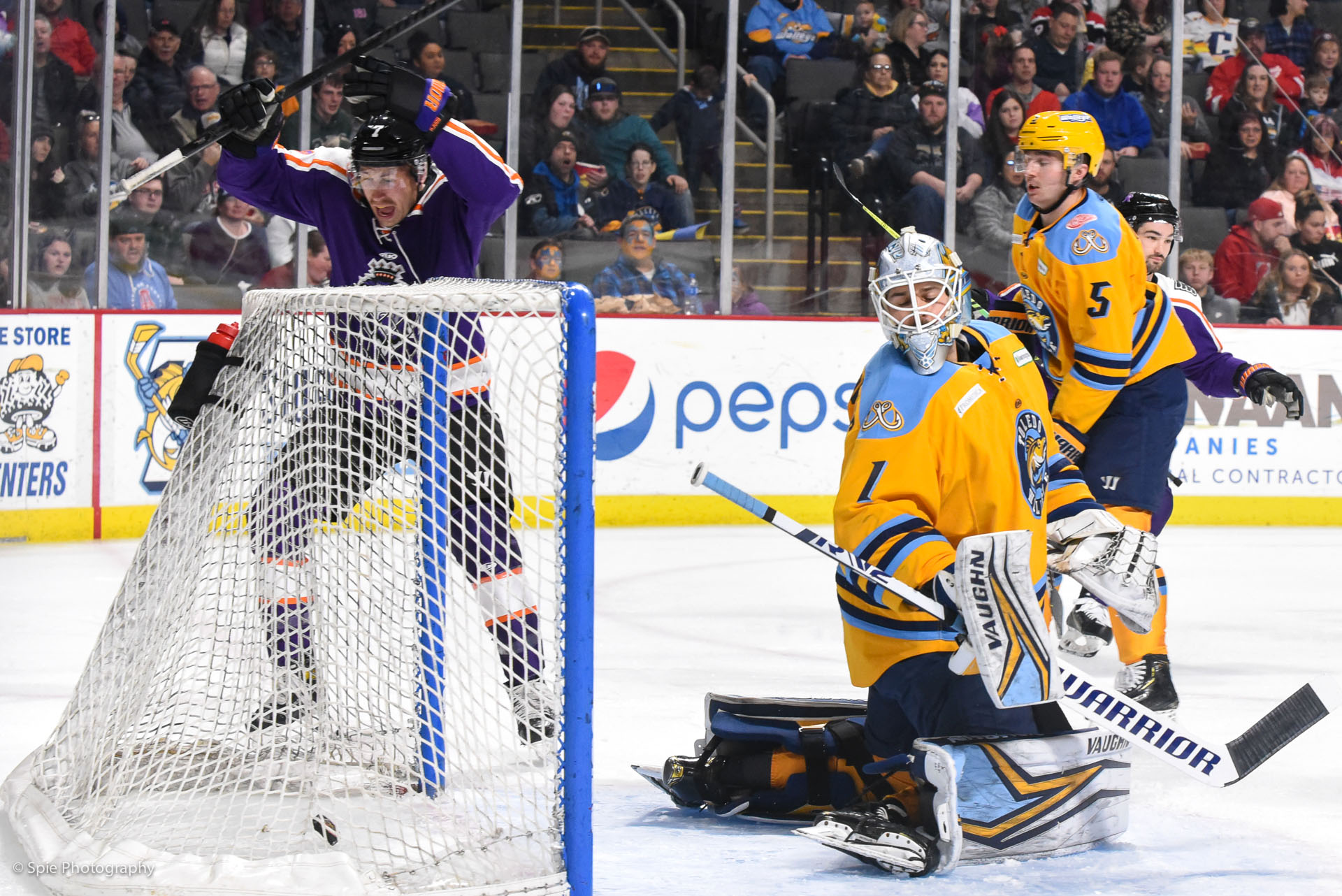 TOLEDO, Ohio –  The Reading Royals and Toledo Walleye faced off Sunday night in a rematch of division leaders.

The Royals picked up right where they left off on Saturday, with Brad Morrison opening the scoring for the Royals on a power play 6:58 into the game. Brayden Low scored less than a minute later to give the Royals a 2-0 lead. Trevor Gooch continued his hot streak and scored to give the Royals a 3-0 lead 11:51 into the first period.

Midway through the second period, Anthony Gagnon capitalized on a power play, giving the Royals a four-goal lead.

Toledo would make a push late in the third, scoring two quick goals, but to no avail.

For the second night in a row, Gooch scored an empty net goal to seal the win for the Royals, a decisive 5-2 victory.

Field Pass Hockey photographer Sarah Pietrowski was there to capture the action.