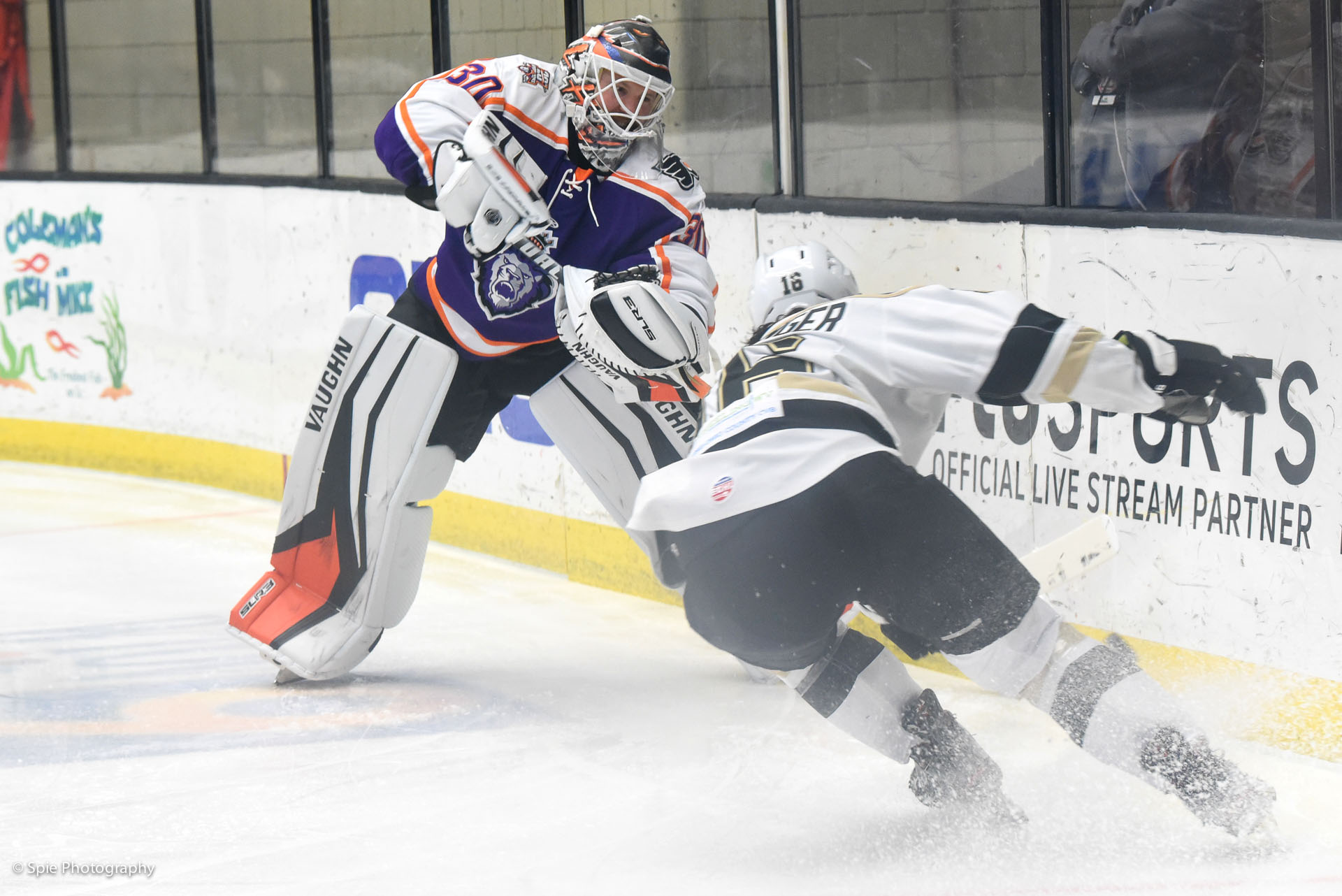 The Reading Royals and Wheeling Nailers faced off Sunday evening for the last time of the regular season, in the second game of a back-to-back series.

Wheeling, W.Va –  The Reading Royals and Wheeling Nailers faced off Sunday evening for the last time of the regular season. It was a calmer game than the night before.

The Royals opened the scoring two minutes into the game when Kenny Hausinger scored on the power play. Hausinger continued his strong play against the Nailers by scoring again, this time five minutes into the second period to give the Royals a 2-0 lead. The Nailers got themselves on the board late in the second period with a goal by Sam Houde. Brad Morrison scored the game winner for the Royals 13:20 into the third period. The Nailers scored again with less than two minutes left in regulation but they could not get the game tying goal before time expired. The final score was 3-2, and the victory was netminder Pat Nagle’s 200th ECHL win.