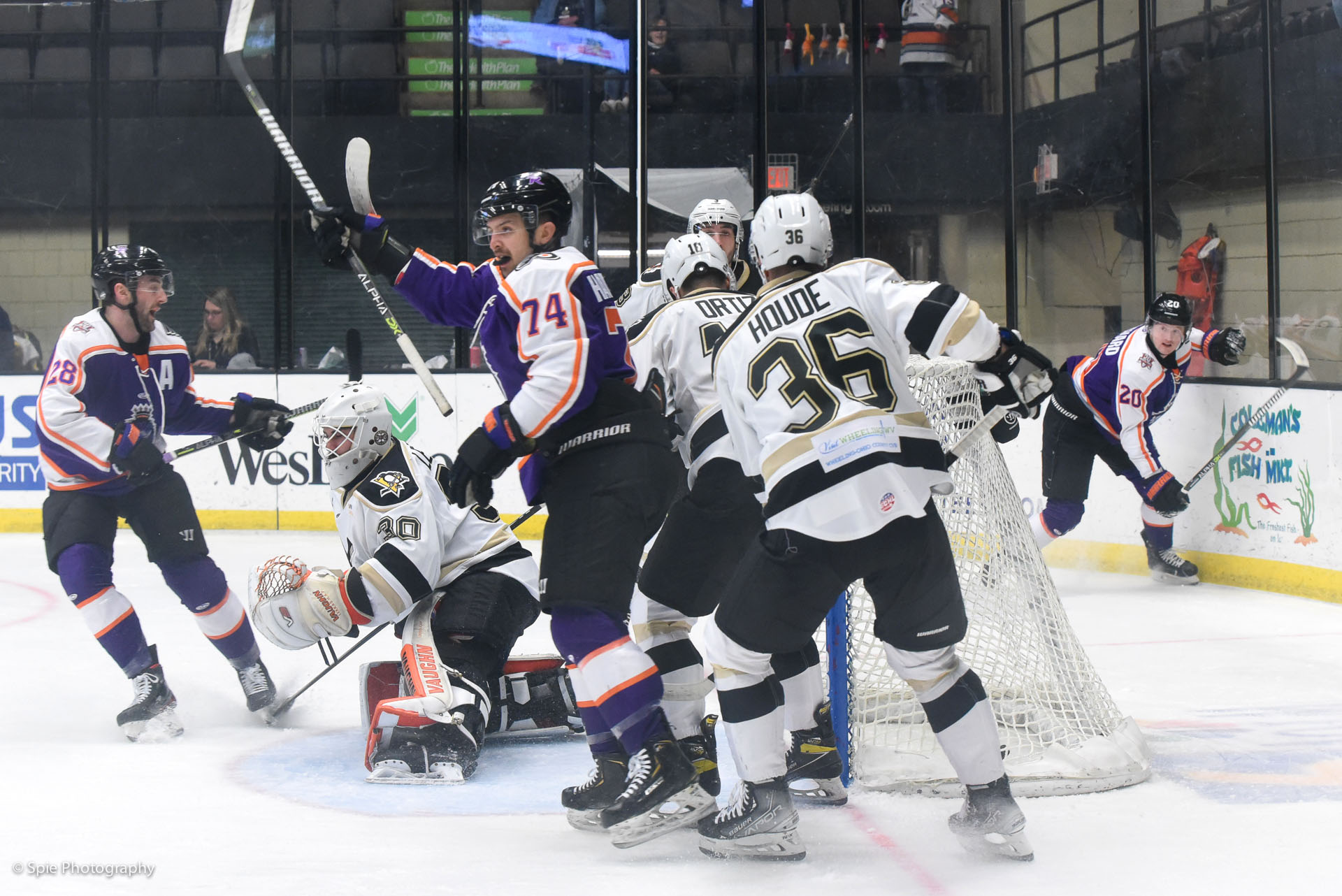 The Reading Royals and Wheeling Nailers faced off for the second night in a row Wednesday.

WHEELING, W.Va – The Reading Royals and Wheeling Nailers faced off for the second night in a row Wednesday. Splitting the two-game series, the visiting Royals took the 4-1 victory.

The Royals took the lead 12 minutes into the first period and then never looked back. Kenny Hausinger opened the scoring, followed by Dominic Cormier scoring two minutes later to give the Royals a 2-0 lead at the end of the first  period. Hausinger scored his second of the game three minutes into the second period, with the Nailers scoring four minutes later to break Logan Flodell’s shutout bid. Hausinger ended the Nailers’ hopes of a comeback by completing his hat trick with an empty net goal.

Check out this photo gallery from our Reading Royals photographer Sarah Pietrowski, who took a road trip to West Virginia to capture the game action!