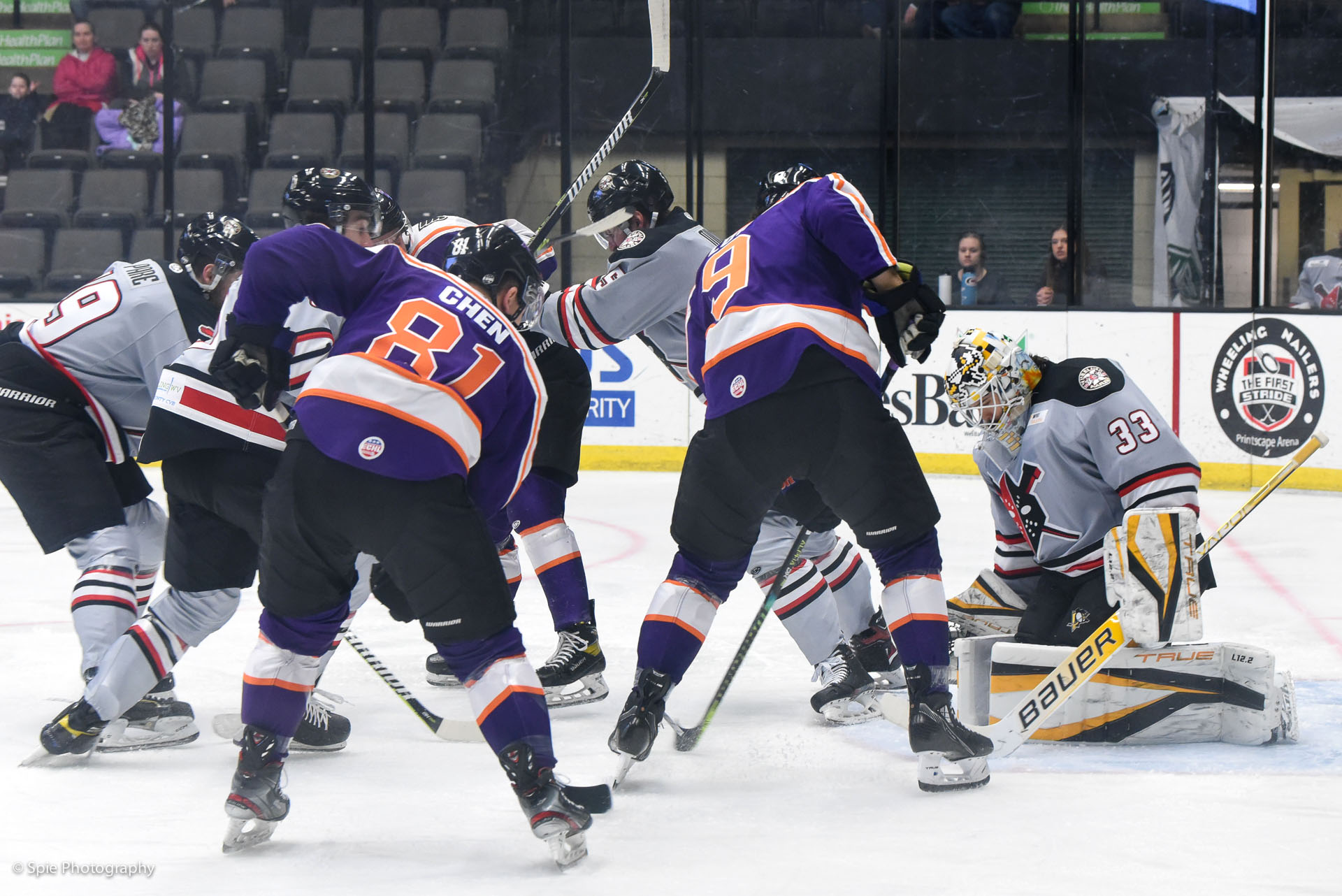 Wheeling, W. Va. – The Reading Royals and Wheeling Nailers faced off Saturday night. The Nailers opened the scoring 1:30 into the game on a goal from Sean Josling. That was the only time the Nailers lit the lamp in a lopsided win for the Royals. The Royals scored their first goal 12:53 into the first on a power-play goal from Brad Morrison, his first of three. Jackson Cressey scored two minutes later to give the Royals the lead. Trevor Gooch scored his 21st goal of the season four minutes after Cressey’s goal for a 3-1 lead. In the second period, the Royals opened the flood gates and got another goal from Cressey, two more from Morrison, and a second from Gooch to take a 7-1 lead. In the third period, Frank Dichiara and Thomas Ebbing tallied to finish the scoring for the Royals. The Royals finished the game with five power-play goals on 10 chances. It was a physical game that saw many scrums between the whistles and two ejections. The final score was 9-1. Sarah Pietrowski was there to capture the action.