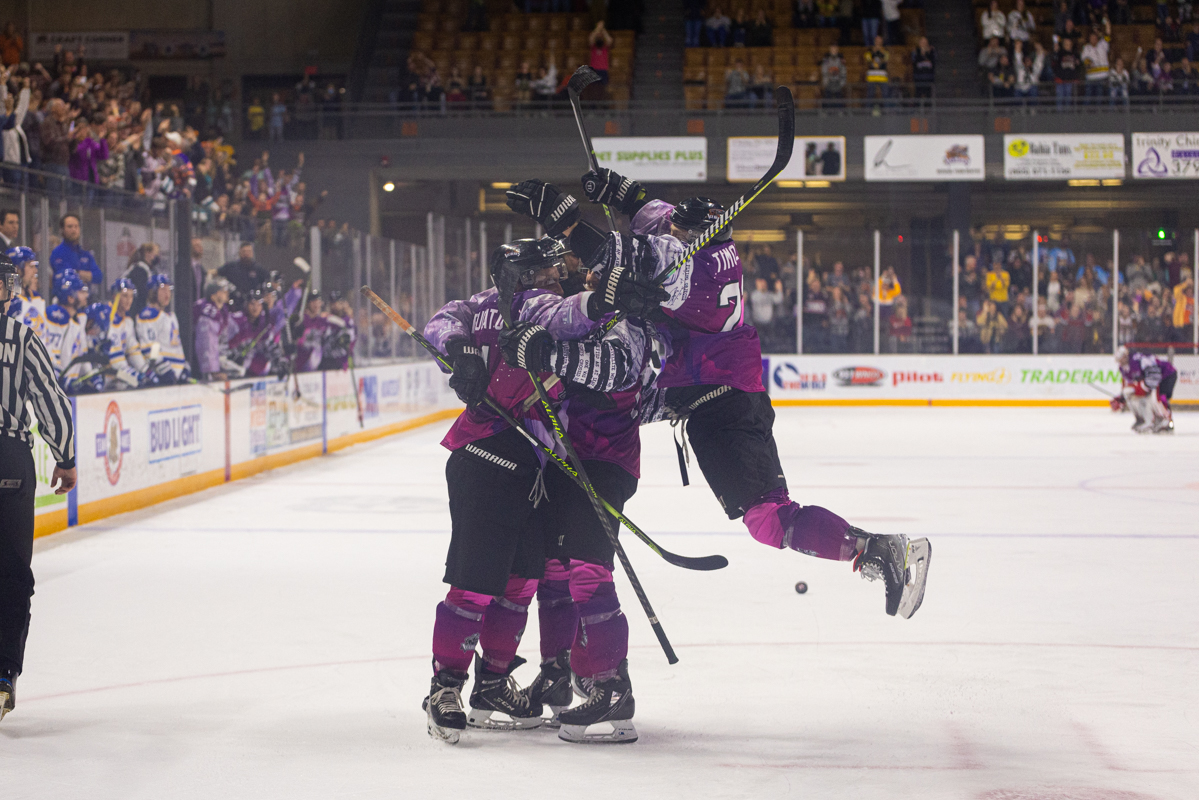 The Roanoke Rail Yard Dawgs came into Knoxville for the first game of a weekend series against the Ice Bears on Friday.

KNOXVILLE, Tenn – The Roanoke Rail Yard Dawgs came into Knoxville for the first game of a weekend series against the Ice Bears on Friday.

The scoring started early when C.J. Valerian scored for the Rail Yard Dawgs at 2:26 in the first period. The Knoxville Ice Bears responded just 55 seconds later with a tally from Jared Nash. Both teams scored two goals each in the second period, and the Ice Bears entered the third period up 4-3. Yard Dawg’s right wing Mac Jansen quickly tied it up with a goal 27 seconds into the third period. It looked like the game would go into overtime until Stefan Brucato put the loose puck past Austyn Roudebush with 43 seconds before the final buzzer to give the Ice Bears the lead. The Ice Bears took game one with a final score of 5-4.