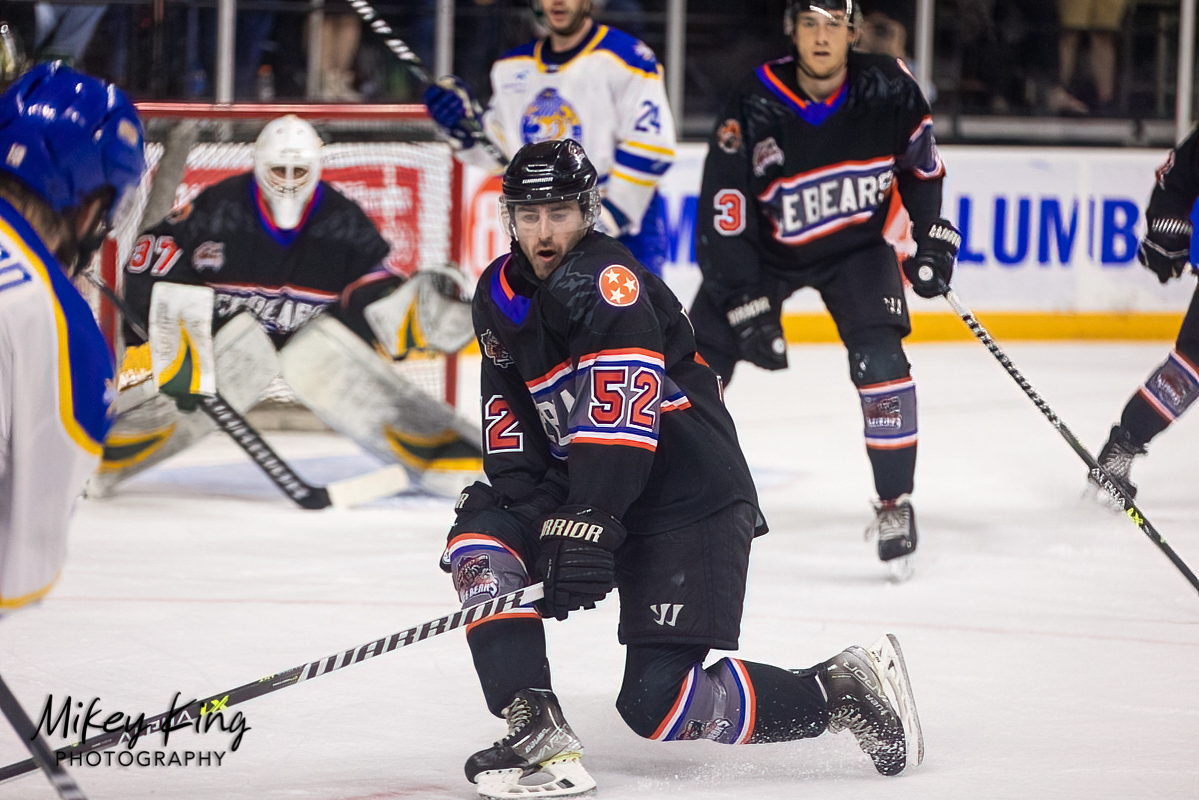 KNOXVILLE, Tenn. – The Knoxville Ice Bears faced elimination in game three of the first round of the SPHL playoffs against the Roanoke Rail Yard Dawgs Sunday afternoon.

The game did not start well for Knoxville with Roanoke’s Gehrett Sargis and Mac Jansen both scoring within the first five minutes of the game. This led to the Ice Bears pulling goalie Jimmy Poreda and replacing him with Kristian Stead. Stepan Timofeyev made it a 2-1 game in the first with a power-play goal. However, this was the only goal for the Ice Bears. Nick Ford scored one more for the Dawgs in the second making it 3-1.

Roanoke, the eighth seed, eliminated the number one seed and put an end to Knoxville’s record-breaking season.