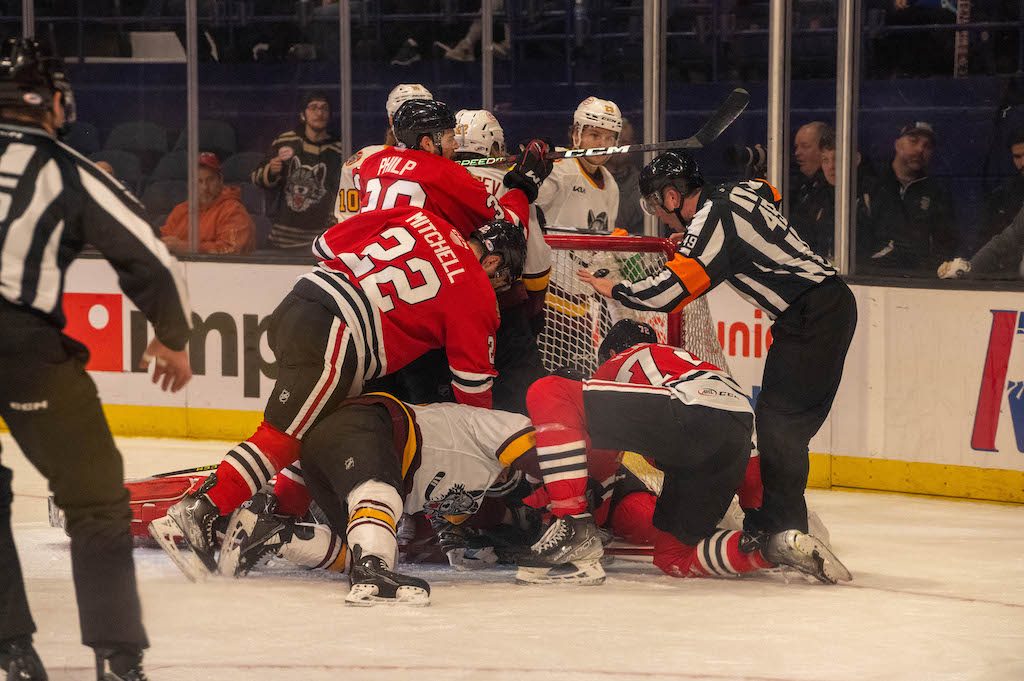 Only Jamieson Rees could score for the Wolves in a very up-and-down-the-ice first period. After a quiet first period, the IceHogs came out of the gate with some fire behind them in the second period. Goals by IceHogs David Gust and Michal Teply were quickly met with an answer from Reese for his second goal of the night. Following a scuffle with Rees, an IceHogs’ goal by Alex Vlasic briefly gave them the lead. The Wolves tied the game by the end of the second period with a goal by Nathan Sucese.

A scoreless third period led to a three-on-three hockey, where Michael Teply scored the game-winner for the IceHogs and his second goal of the game.

Check out this photo gallery from Field Pass Hockey’s Karen McClain, who was there to capture the action!