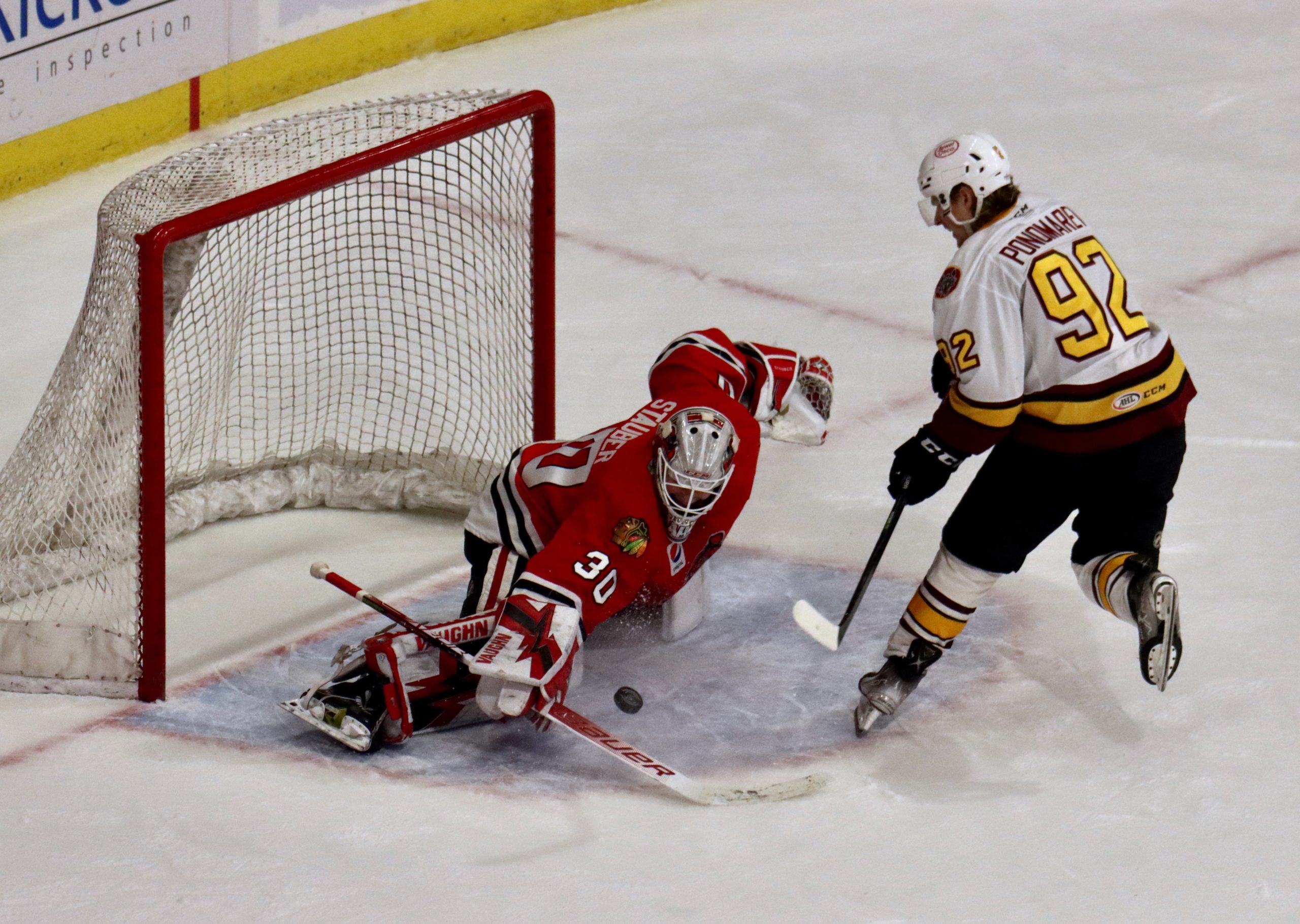 #AHLPHOTOS | Friday night at the Allstate Arena, the @goicehogs and the @chicago_wolves met for the first of a home-and-home series between the two teams.
FPH Photographer Donald Carlson was there for all the action!

ROSEMONT, Ill – Friday night at the Allstate Arena, the Rockford IceHogs and the Chicago Wolves met for the first of a home-and-home series between the two teams.

The IceHogs, who trailed most of the game, tied up the game in the third period and then went on to win in a shootout.

Check out the photo gallery from Field Pass Hockey’s Donald Carlson, who was there to capture the action.