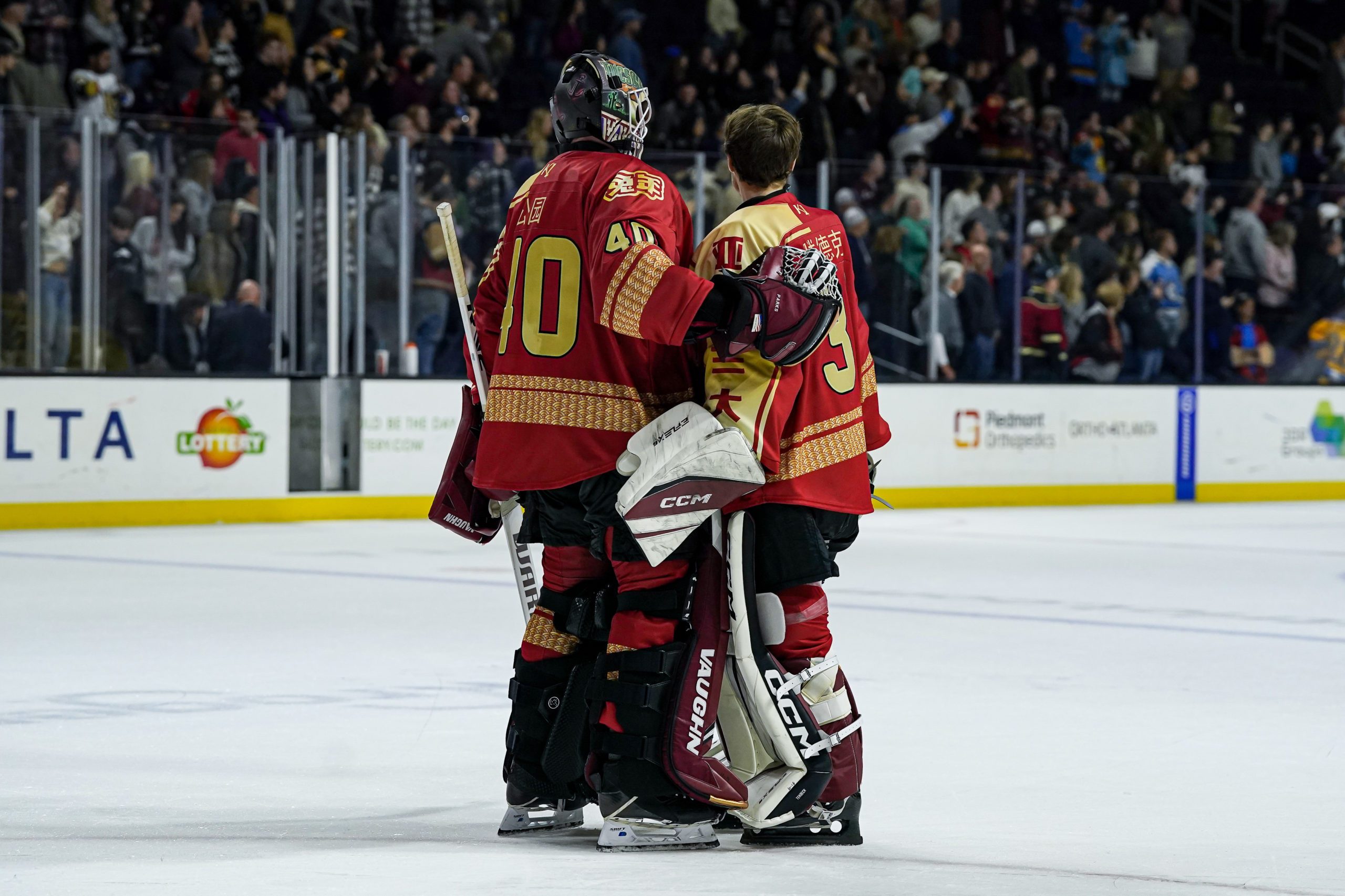 #ECHLPHOTOS | The @atlgladiators and @SavGhostPirates got on the ice Sunday afternoon, ready to fight (literally) for a win.
FPH Photographer @rebeccagorgalez was there For all the action!

DULUTH, Ga – The Atlanta Gladiators and Savannah Ghost Pirates got on the ice Sunday afternoon, ready to fight (literally) for a win.

The Gladiators took the lead early on with two goals in the first period and then quickly scored another just a few seconds into the second period. Though the scoring was one-sided, both teams had a combined total of 159 penalty minutes with seven altercations taking place during the game. Ninety-two of those minutes came from the Ghost Pirates giving them the most penalty minutes by one team in a game so far, for the current season.
Between the fights and the home team winning the game with a 3-0 score, Gladiators fans had a very entertaining night.