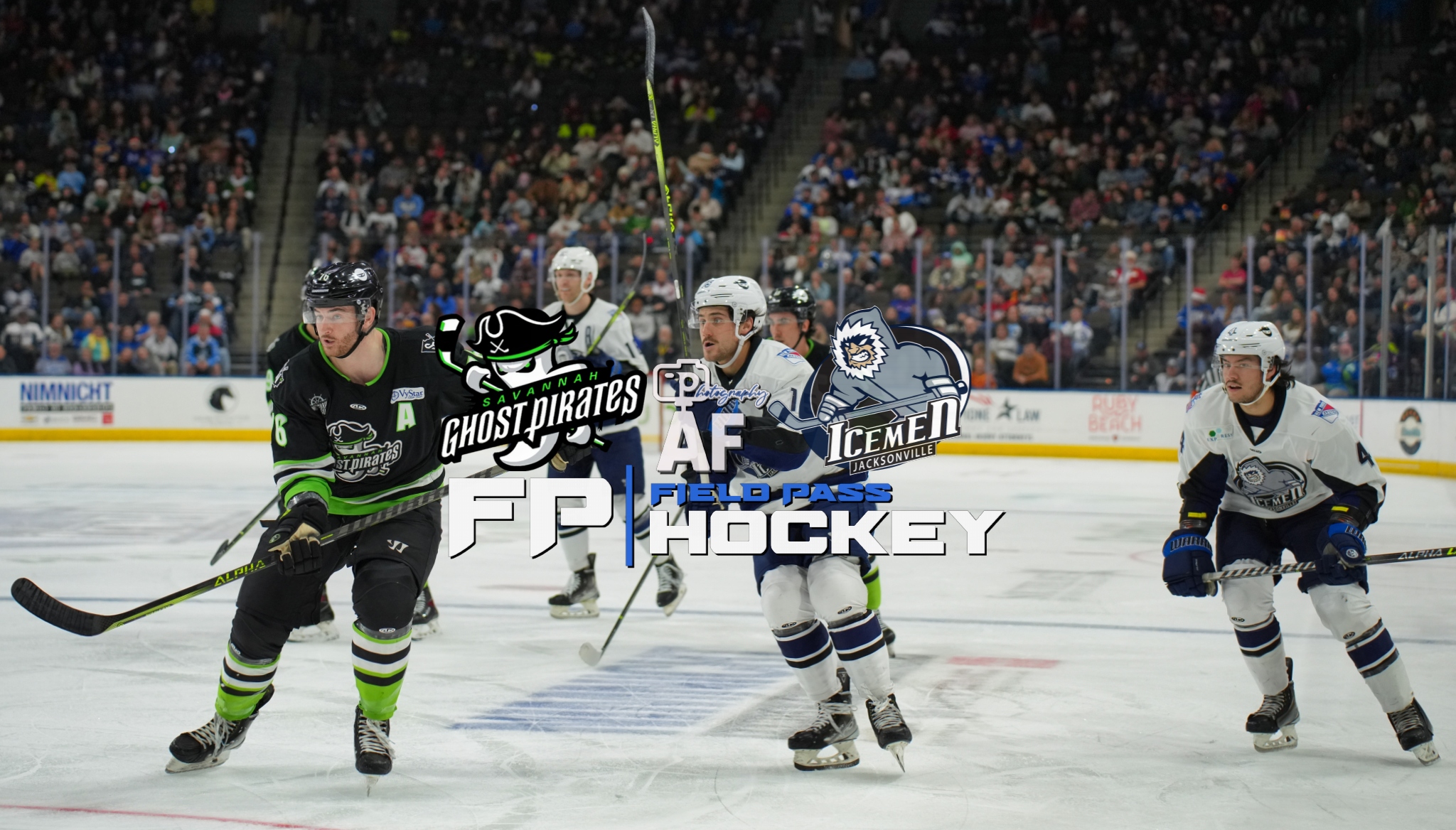 JACKSONVILLE, Fla – On Wednesday night, the Jacksonville Icemen hosted the visiting Savannah Ghost Pirates in their last home game before the Christmas holiday break. The Icemen prevailed with a 5-2 victory and their seventh consecutive win for their second-longest win streak in franchise history.

Savannah would score first at the 12.30 mark of the first period with a fluke goal from Vincent Marleau. Just over two minutes later, Brenden Harris scored a goal to even things up from a diagonal slap pass from Louka Henault during a six-on-five delayed penalty call.  Less than a minute later, Tim Theochardis scored his first professional career goal to give the Icemen the 2-1 lead to end the first period.

In his first game for Savannah, Nico Blachman scored off a faceoff on a wrister that hit the arm of Icemen netminder Olaf Lindbom and deflected into the net. The Icemen would hold Savannah to only three shots on goal during that period, outshooting them 29-18 in the game.