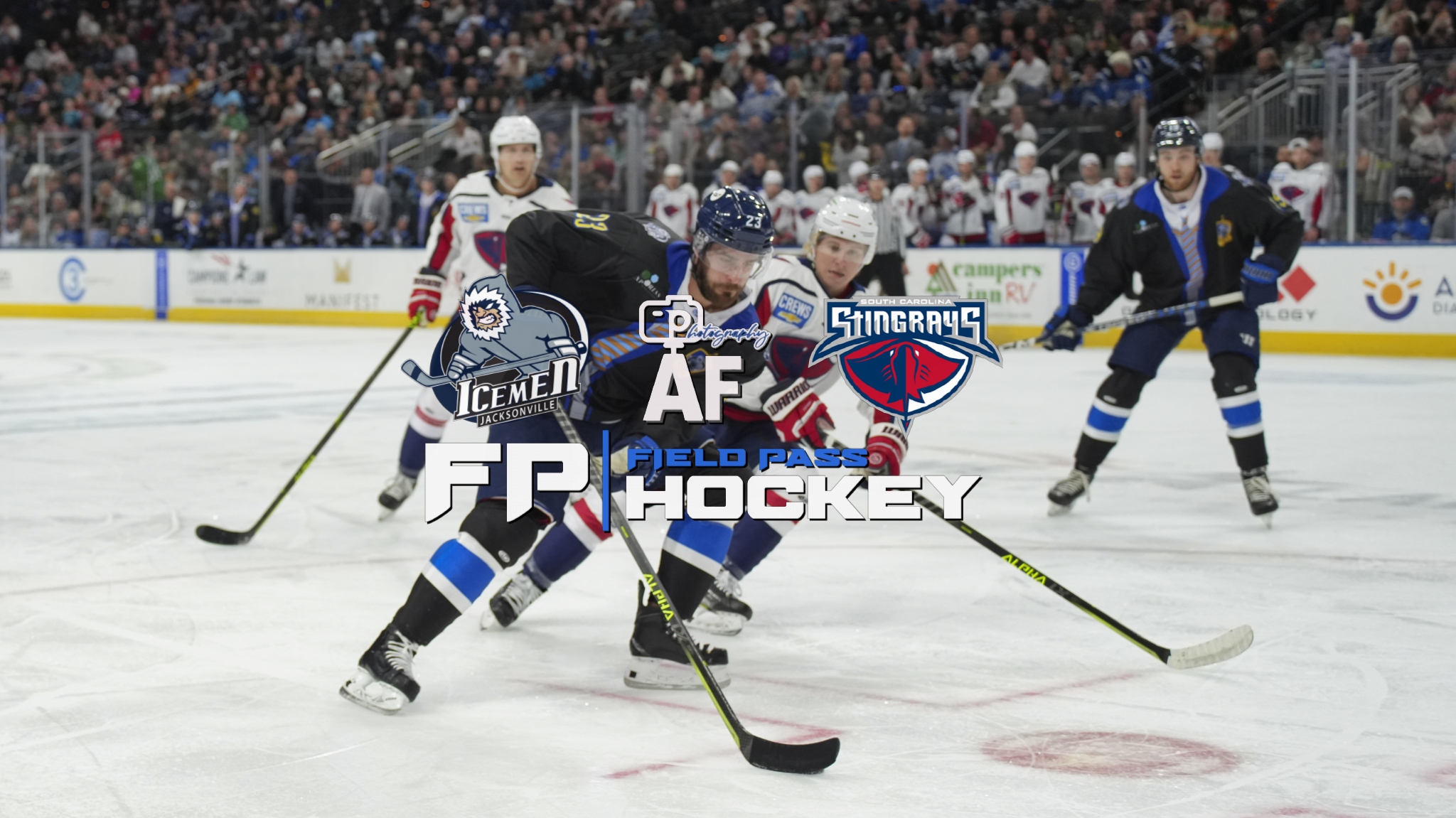 #ECHLPHOTOS | On Friday night, the @JaxIcemen hosted Wizard Night against the @SCStingrays.
FHP Photographer @IcemenJax was there to capture all the action.

JACKSONVILLE, Fla – On Friday night, the Jacksonville Icemen hosted Wizard Night against the South Carolina Stingrays. The spells didn’t work for the Icemen, with the Stingrays taking a 6-3 victory.

The Stingrays Carter Turnbull, who currently leads the league in goals, scored his 21st of the season just 42 seconds into the game. Jacksonville was kept off the board during the first period. South Carolina scored on all four power plays they had during the game. This moved them into the No. 1  spot in the league for power play goals.

After a power-play goal by Alexandre Fortin to put the Stingrays up 2-0, Jacob Panetta put the Icemen on the board at the 9.21 mark of the second. Martin Has would make it a two-goal deficit again, scoring 39 seconds later for a 3-1 lead.  Icemen Captain Christopher Brown had a short-handed goal in the closing minutes of the third period to bring them within one.  Twenty-three seconds later, while still on their power-play, Josh Wilkins would close out the second period with the Stingrays up 4-2.

Chris Brown scored his second goal of the night early into the third period to move the Icemen back within one.  Stingray power-play goals by Jonny Evans and Ryan Scarfo ended any comeback chances for the Icemen.