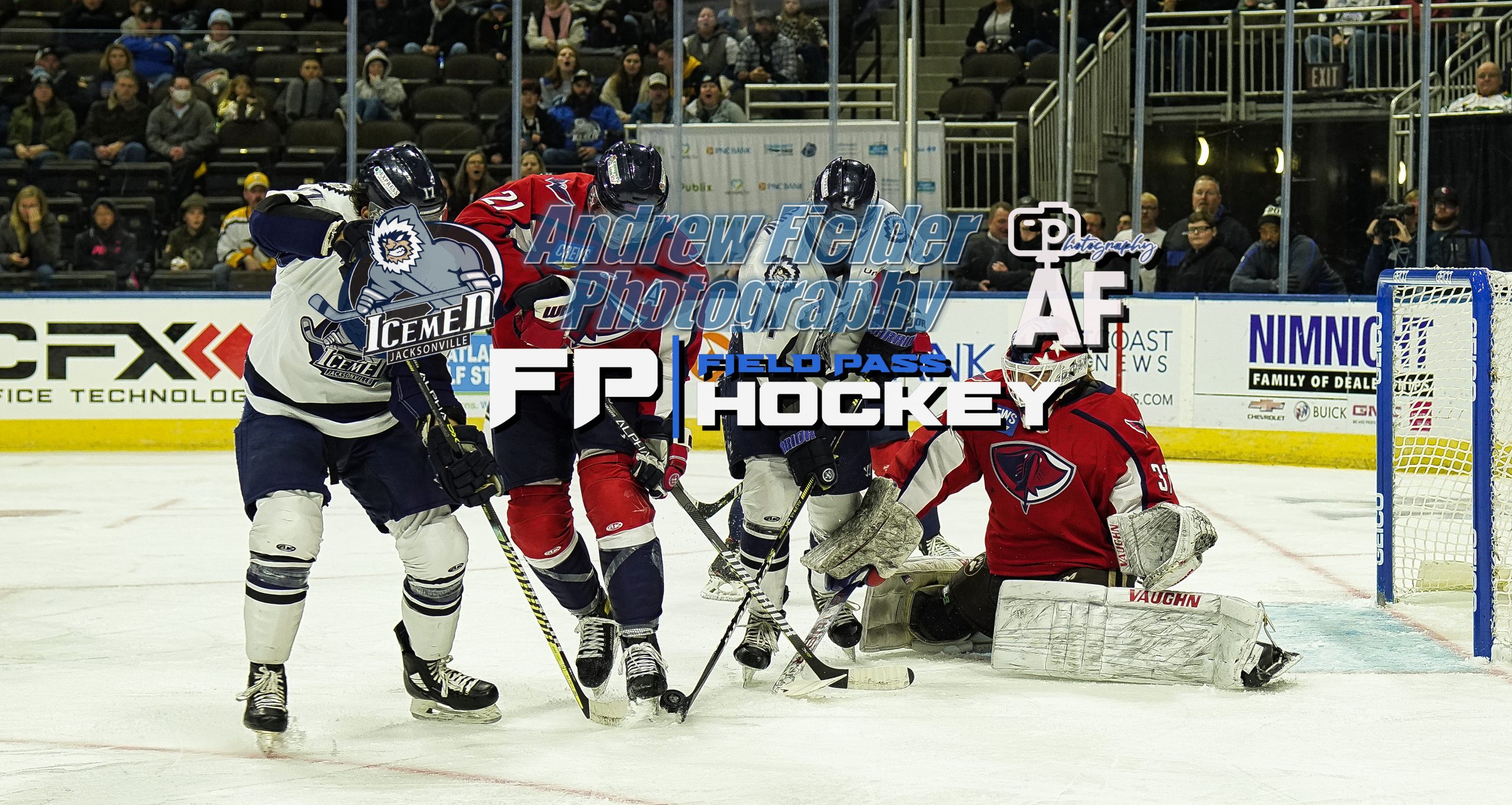 Saturday night the Jacksonville Icemen blanked the visiting South Carolina Stingrays in a 1-0 victory during overtime.

JACKSONVILLE, Fla – The visiting South Carolina Stingrays took on the Jacksonville Icemen on Saturday in the second of a three-game-set.

In a performance similar to the night before, both netminders were stellar in their crease. With a scoreless game after 60 minutes, a Power-Play goal in overtime by Jacksonville’s Brenden Harris gave the Icemen the 1-0 victory. This was the debut game for Harris as an Icemen, having just joined the team.

Jacksonville’s Justin Kapelmaster stopped all 27 shots faced for the shutout, earning him the number one star of the game for the second night in a row.

The overtime period also featured some fisticuffs between players. This is currently being addressed and handled by the league.