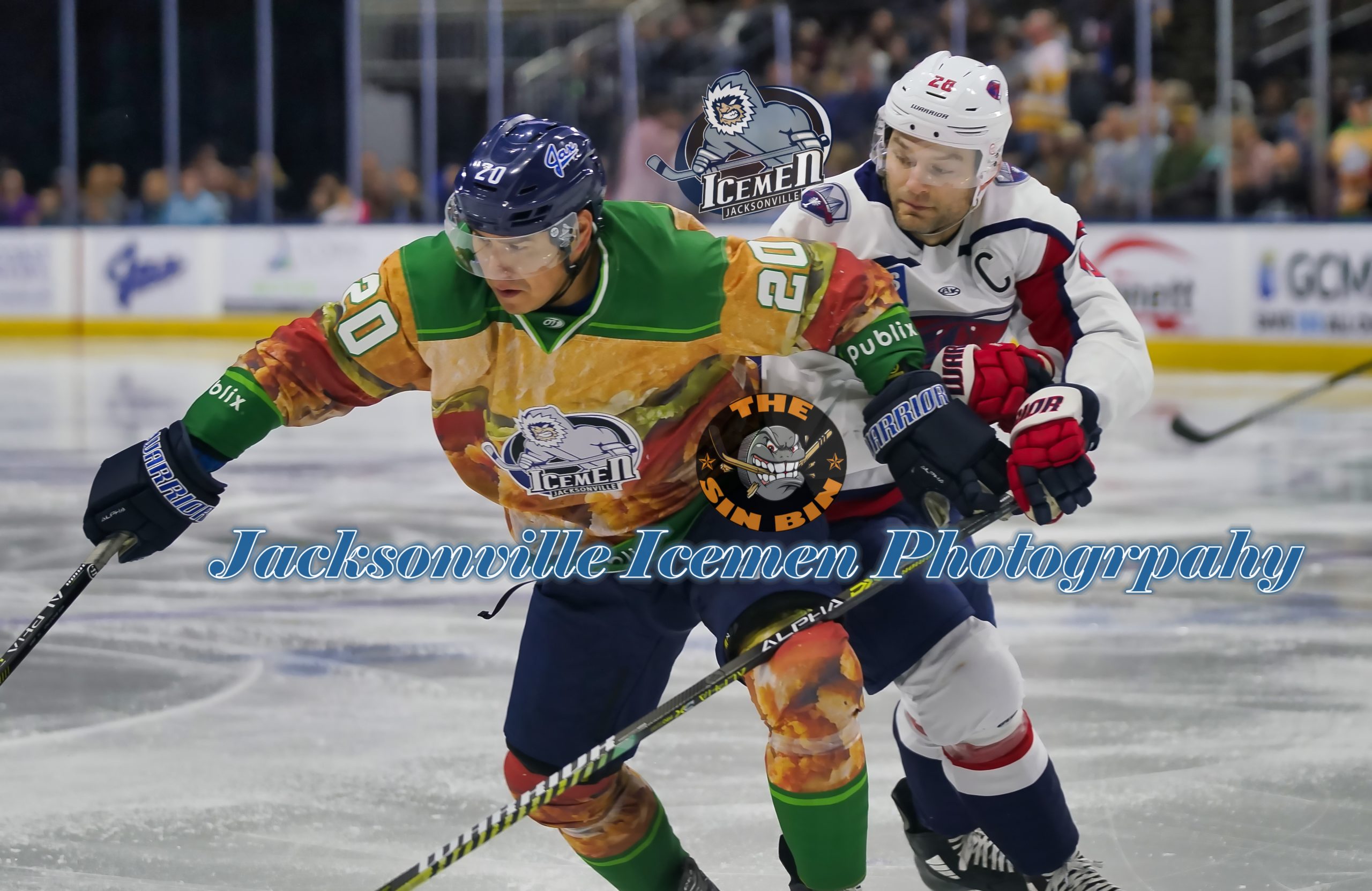 Sunday afternoon, the Jacksonville Icemen took on the top team in the league, the South Carolina Stingrays.

JACKSONVILLE, Fla. – Sunday afternoon, the Jacksonville Icemen took on the top team in the league, the South Carolina Stingrays. The Icemen sported specialty Publix-themed jerseys. The supermarket chain is famous for its chicken sub sandwiches, which were featured on the jersey.

With both teams playing their third game in three consecutive days, the Stingrays seemed to be the dominant of the two teams. South Carolina scored a short-handed goal in the first period and two goals in the second, one of those being on the power-play. South Carolina’s hopes for a scoreless third period and shutout were dashed when the Icemen scored with 22 seconds left in the game. The Stingrays prevailed with a 3-1 victory.

Check out this photo gallery from Field Pass Hockey’s Andrew Fielder, and be sure to follow Andrew on Twitter for the latest Jacksonville Icemen photos!