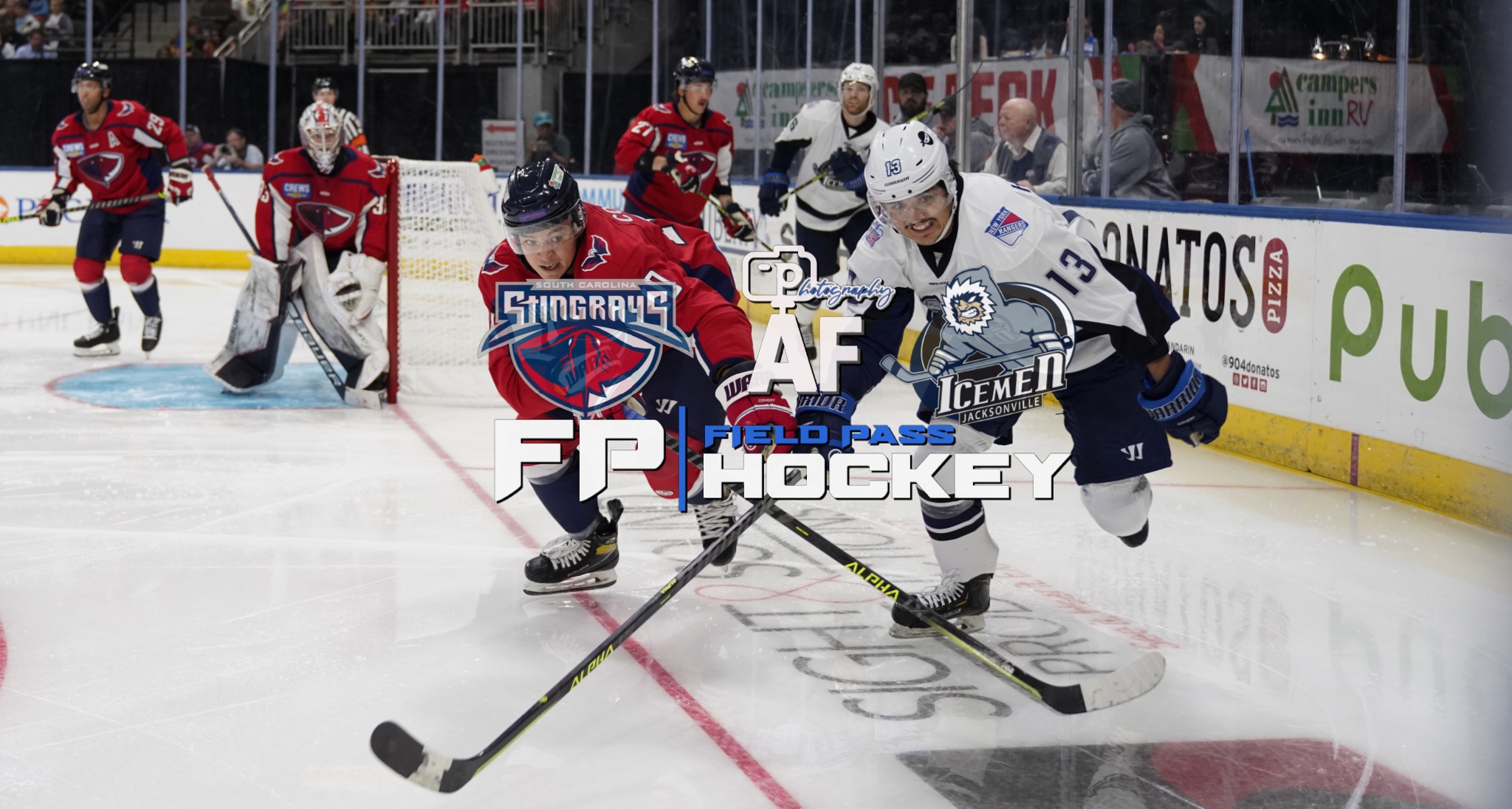 In the first period, South Carolina’s Carter Tumbull scored on the power play to put the Stingrays on the board first. The Icemen answered back with a goal from Brenden Harris and a power-play goal from Luke Martin. Carter Tumbull would score his second goal of the period to even the score up at two apiece as they headed to the locker room.

During the third period, Ara Nazarian scored his second goal of the game to give Jacksonville a two-goal cushion. In the closing minutes of the game, South Carolina pulled their netminder for the extra attacker, which led to a goal from Bear Hughes at the 18:51 mark to bring them back within one. As the clock ticked down the Stingrays were unable to equalize and the Icemen prevailed.