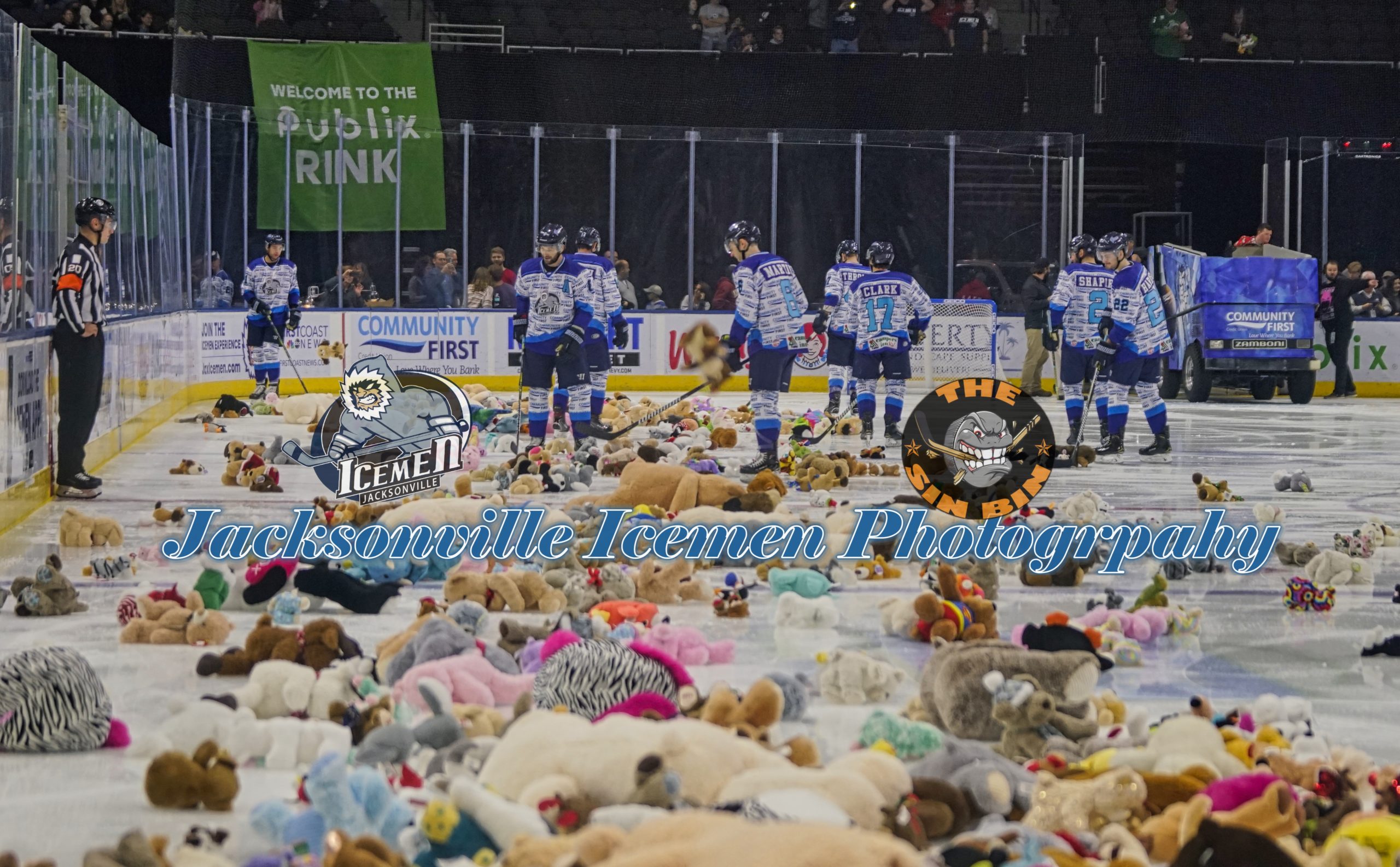 JACKSONVILLE, Fla. – On Saturday night, the Jacksonville Icemen took on the South Carolina Stingrays, who currently sit atop of the Eastern Conference and second in the league.

JACKSONVILLE, Fla. – On Saturday night, the Jacksonville Icemen took on the South Carolina Stingrays, who currently sit atop of the Eastern Conference and second in the league. This was the Stingrays first visit to Jacksonville this season and the second match-up between these two teams.

With South Carolina having shutout Jacksonville less than a week ago, Jacksonville were on a mission to get a puck in the back net and allow the fans to toss their stuffed toys as part of the Annual Teddy Bear Toss game. The Icemen’s Mike Hedden did just that a little over a minute into the game. Hedden backhanded the puck into the back of the net to initiate the barrage of stuffed toys to rain down onto the ice. A total of 11,371 teddy bears were collected and will be donated to charity.

The Icemen’s Pierre-Luc Mercier extended the lead for Jacksonville, but during last two minutes of the first period, South Carolina’s Tim Harrison slipped a rebound shot past the goaltender to put the score at 2-1.

In the second period, Harrison got his second tally of the night to tie the game at 2-2. Jacksonville’s netminder Adam Carlson came up with some stellar saves, as the Stingrays dominated the period by out-shooting the Icemen, 15-6.

Another goal by Harrison early in the third gave South Carolina the 3-2 advantage and a hat trick for the Massachusetts native. Jacksonville’s Wacey Rabbit equalized with less than six minutes on the clock to even the score at 3-3.