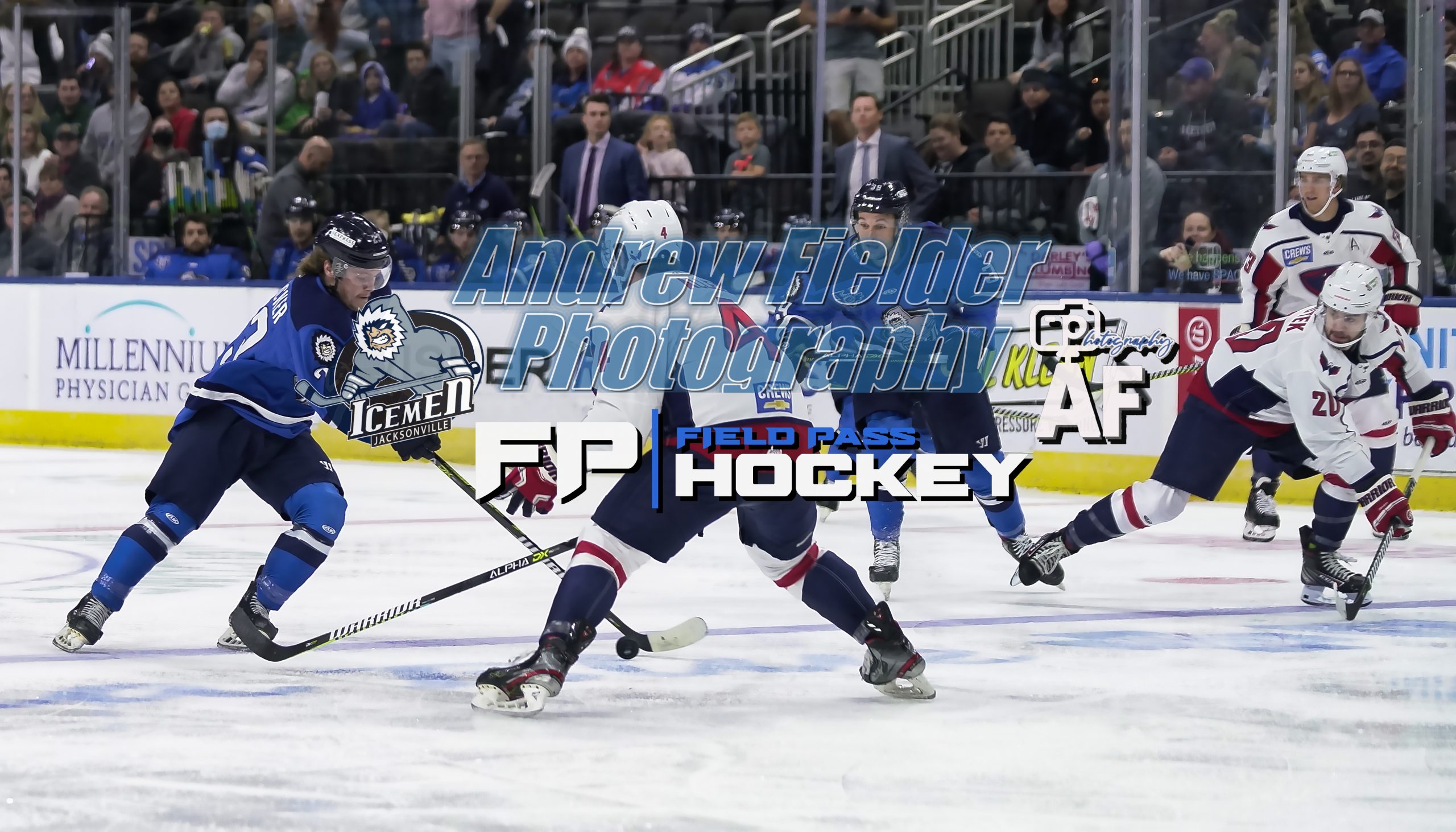 JACKSONVILLE, Fla – Wednesday night the Jacksonville Icemen continued their winning streak with a 6-2 victory over the visiting South Carolina Stingrays.

Like many other ECHL teams, the Icemen lost seven of their top players to AHL teams. That didn’t stop Jacksonville, with goals from six different players and their ninth straight win.

Travis Howe, who is known for his willingness to drop the gloves, got his first goal of the season less than three minutes into the game. Howe was involved in some pushing and shoving with the Stingray’s Nico Blachman at the end of warm-ups. Nothing materialized between these two players during the game though.

Two of Jacksonville’s newest signings both made an impact in their first game dressed as Icemen players. Nick Ford had an assist and showed some physicality during the game. Bauer Neudecker had a goal and an assist, and was also named the second star of the game.

Jacksonville continue to sit atop the entire ECHL League and have a five point cushion over the Florida Everblades, who sit second in the South Division.