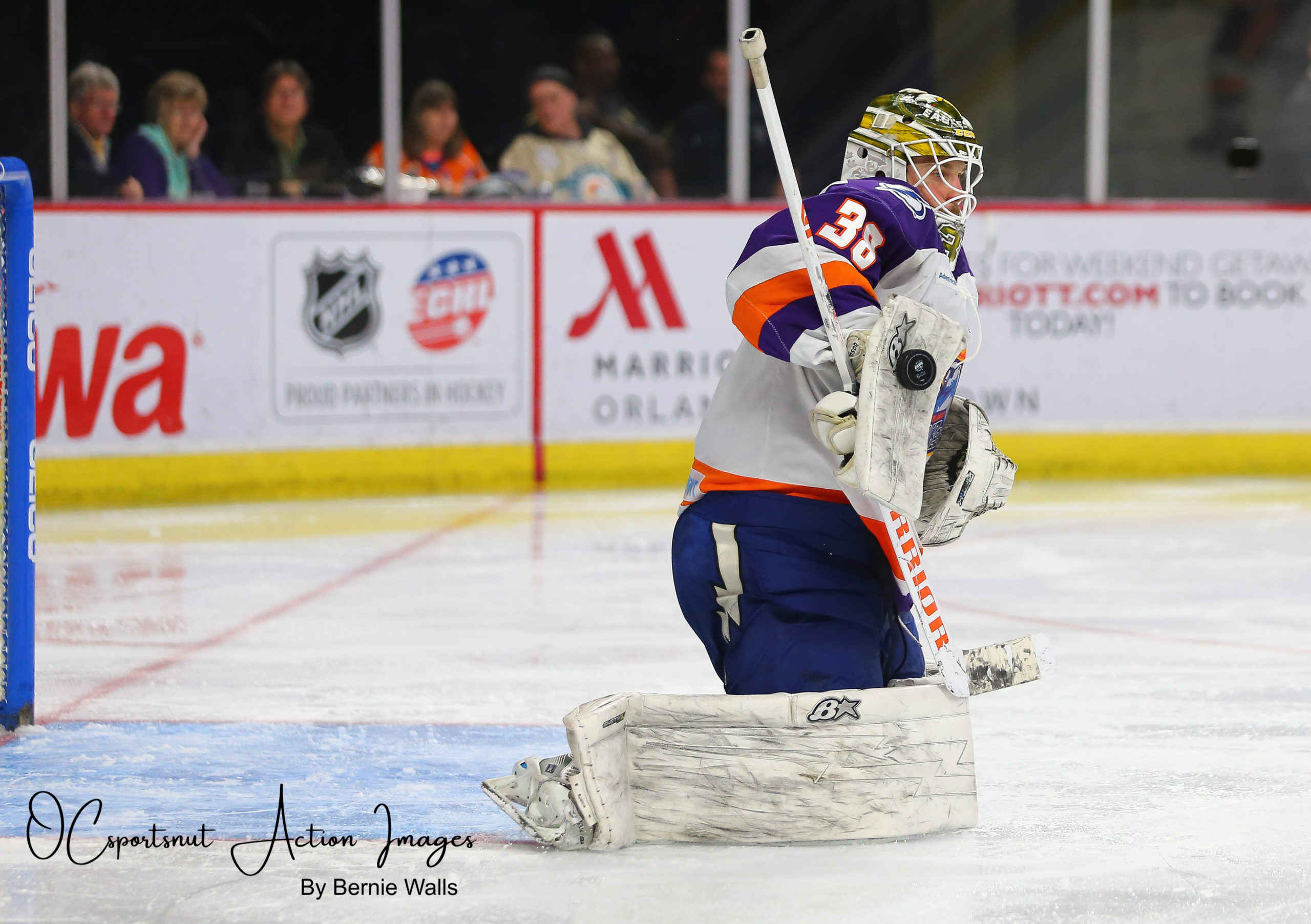 ORLANDO, Fla. – The Orlando Solar Bears played host to the South Carolina Stingrays on Thursday, February 6. After two scoreless periods between the two South Division foes, the Stingrays rattled off four straight goals in the third, handily sealing a 4-0 victory in the final frame.
Check out the best shots of the night from The Sin Bin’s Bernie Walls.
[FAGP id=114578]

Bernie Walls covers the Orlando Solar Bears for Field Pass Hockey. Follow and interact with him on Twitter @ocsportsnut.