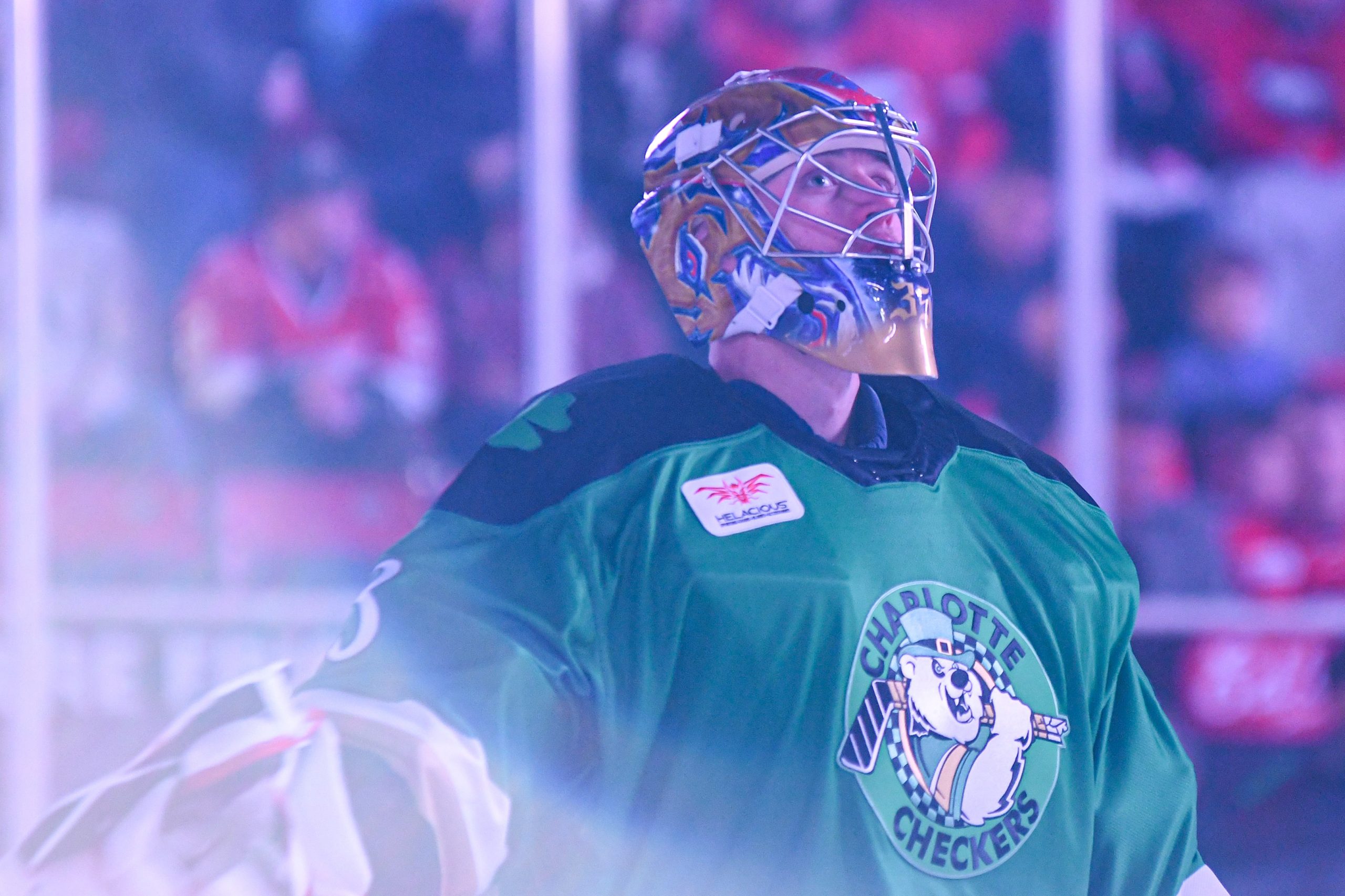 CHARLOTTE, NC – The Charlotte Checkers took on the Springfield Thunderbirds on Saturday for the second night of their weekend matchup. It was a rough start for the Checkers as they ended the first period with no goals on their end but two for the Thunderbirds. They were able to get one in during the second, but the away team quickly answered with another goal of their own ending the period with a 3-1 score. The Checkers pushed back during the final period and were able to tie the game with goals by Owen Tippett and Aleksi Heponiemi ultimately forcing overtime play. However, with just under 90 seconds left on the overtime clock, Springfield scored the game-winning goal. Check out more photos from Rebecca DaSilva!